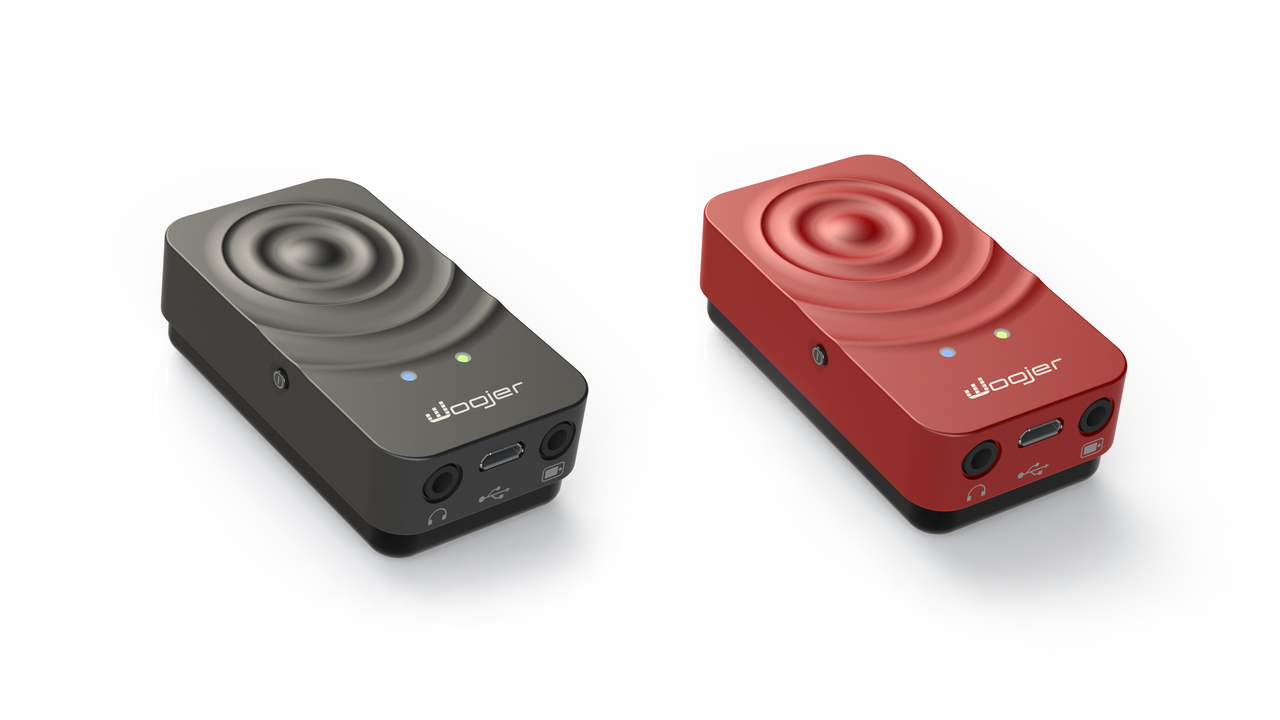 Transform Audio Into a Tactile Sensation with Woojer

Israeli company Woojer has recently announced the launch of a Kickstarter campaign to fund production of its augmented reality haptic device, which transforms any audio signal into silent, harmonic tactile sensation that can be felt throughout the body. Based on patent-pending technology, Woojer will literally allow gamers, music lovers and entertainment enthusiasts to “Feel the Sound”.

“We spent the past two years optimizing Woojer’s technology to ensure a fully immersive experience, and are now launching on Kickstarter to fund production, which means backers will be the first to experience and own a Woojer. Unlike other crowdsourcing campaigns, you will not have to wait a year or two for delivery, you will get to experience Woojer this spring,” said Dr. Neal Naimer, who is responsible for product development at Woojer.

Woojer is unlike anything currently on the market. In contrast to competitive haptic devices that are cumbersome or stationary, the matchbox-sized Woojer is capable of delivering an audio experience that is substantially immersive and completely silent. It is compatible with any audio source and any headset, and it does not require downloads, software or updates – it’s just plug ‘n’ play. The device is not only ideal for music lovers, game players and consumer electronic enthusiasts; it’s capable of bringing any multimedia to life for the hearing impaired.

“At present, personal audio experiences are based solely on hearing. As a consequence, virtually all the rich low frequency sensation is lost. Woojer captures all the lost low frequency sensation and literally allows you to feel the sound. It’s like having your own portable movie theater, or being at a rock concert. Imagine the implications for video gaming and other multimedia experiences. The experience is so engaging, and so totally immersive, users tend to lower the audio levels, thus making it safer for your hearing,” said Mor Efrati, the inventor of Woojer

How It Works
Clipped onto the clothing in one or more places along strategic meridian bodylines, Woojer convinces the brain that the entire body is experiencing high acoustic sound via perceptual inference. Woojer’s technology transforms any audio signal into harmonic tactile sensation that traverses through the skeleton and nervous system to the brain, thereby allowing users to literally feel the sound.