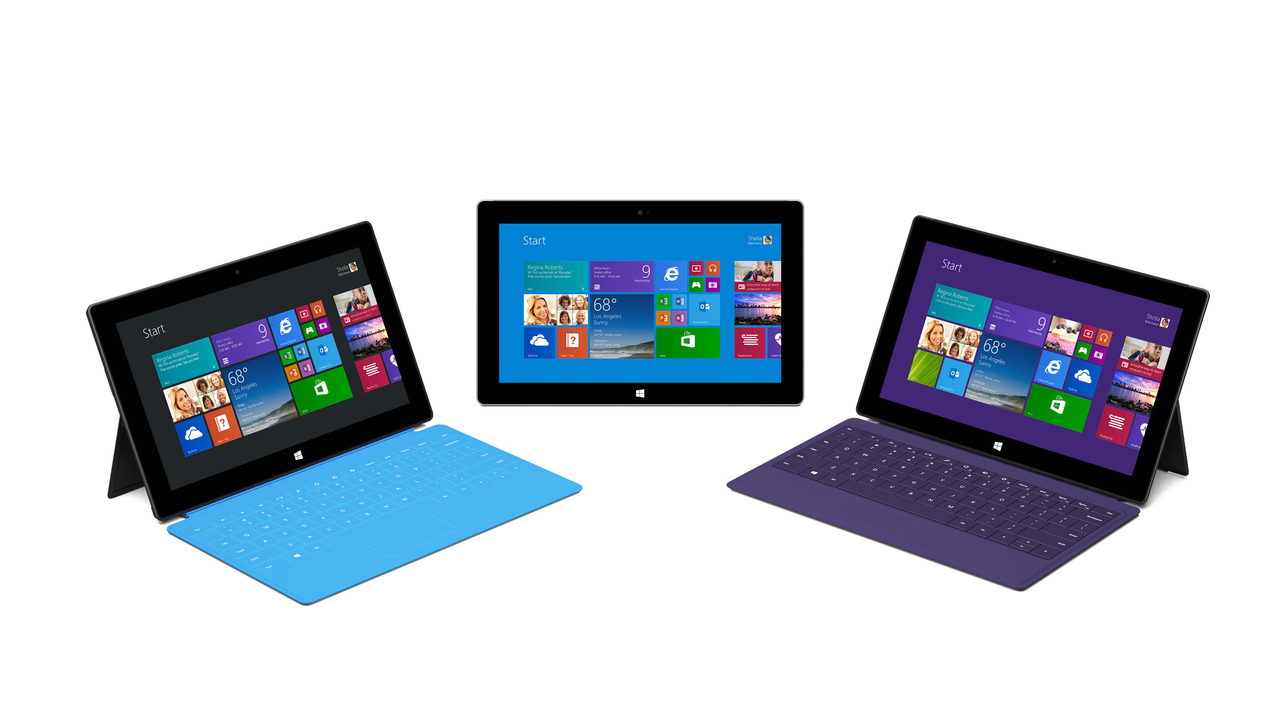 Microsoft has recently announced that its newest Surface models Surface 2 and Surface Pro 2 as well as an expanded portfolio of new Surface accessories are now available for purchase at Microsoft retail stores, select third-party retailers and authorized commercial resellers in 21 initial markets.

Surface 2 and Surface Pro 2 are the most productive tablets on the planet, and they each benefit from significant updates, including improvements to processing power and battery life, display and camera resolution, and the kickstand now featuring a second, wider angle so it’s more comfortable to use Surface on your lap or at your desk. Enhancements in Windows 8.1 RT and Windows 8.1 Pro make Surface 2 and Surface Pro 2 even more powerful and customizable.

To help people get the most out of Surface 2 and Surface Pro 2, customers who purchase either device will receive free Skype calling to landlines in more than 60 countries for one year, unlimited Skype Wi-Fi on their Surface 2 or Surface Pro 2 at more than 2 million hotspots worldwide for one year, and 200 GB of free SkyDrive storage for two years.

Surface 2
Surface 2 is the most productive tablet for personal use. It offers all the entertainment and gaming capabilities you expect from a tablet, along with the ability to get work done. Surface 2 is powered by an NVIDIA Tegra 4 processor, making apps run faster and smoother and increasing battery life to up to 10 hours for video playback. The 10.6-inch ClearType Full HD display now renders 1080p video for enjoying shows and movies, and its full-size USB port has been upgraded to USB 3.0 for up to four times faster file transfers. Camera resolution has also increased, with a 3.5-megapixel front camera and 5-megapixel rear camera, both capable of capturing 1080p video and featuring improved low-light performance, making face-to-face conversations with your favorite people crisp and clear. Even with these and other upgrades, Surface 2 is slightly thinner and lighter than its predecessor.

Surface 2 ships with Windows 8.1 RT, bringing improvements in key areas, such as personalization, search, multitasking, built-in apps, the Windows Store experience and cloud connectivity. The new Xbox Music allows you to stream millions of songs for free, and an updated Video app and great games from the Windows Store such as “Halo: Spartan Assault” will help ensure you never run out of ways to play. When it’s time to get serious, Surface 2 is preloaded with Microsoft Office Home and Student 2013 RT and Outlook 2013 RT; simply click in a Touch or Type Cover and get to work.

Surface Pro 2
Surface Pro 2 is the successor to Surface Pro and, like its predecessor, is a true laptop replacement, capable of running virtually all your Windows software, including the full Microsoft Office suite and apps from the Windows Store. Surface Pro 2 offers the portability and simplicity of a tablet when you want it and the power and flexibility of a laptop when you need it. It is powered by a fourth-generation Intel Core i5 processor that, combined with other improvements, delivers increased performance and up to 75 percent longer battery life than Surface Pro.