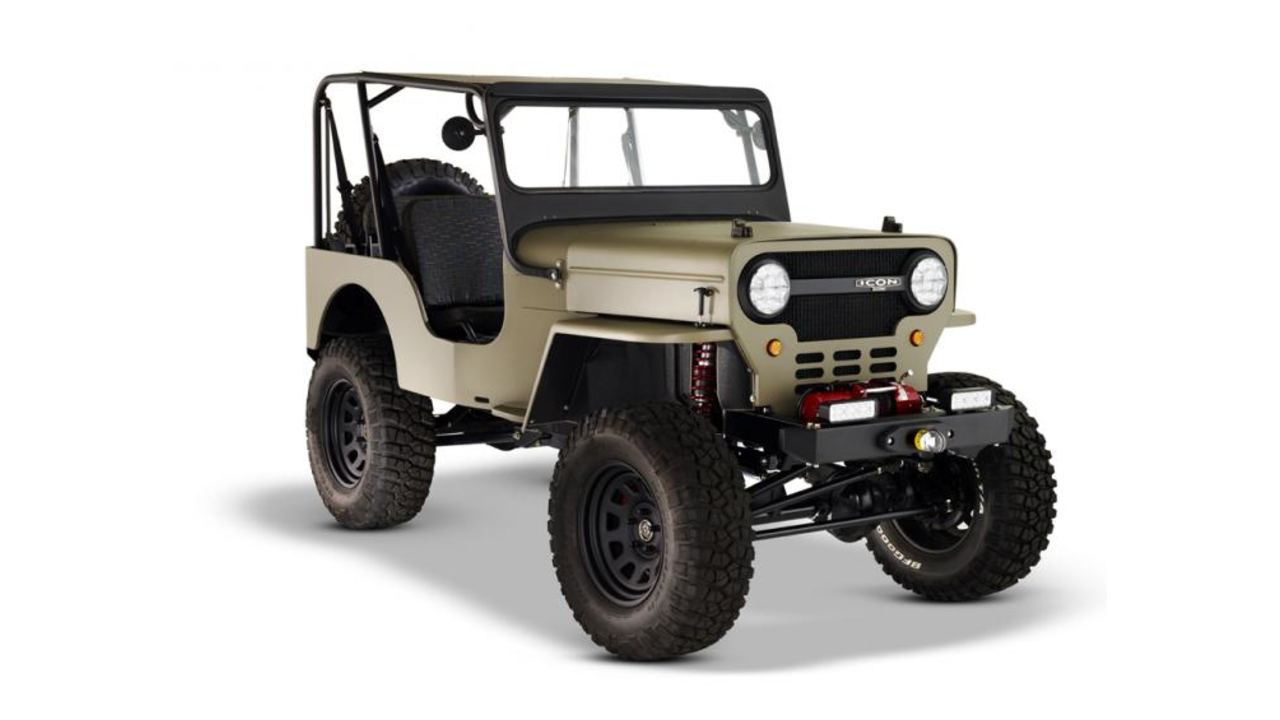 The ICON CJ3B Jeep is a timeless classic. This recreation of the flat fender Willys is dramatically more capable than the original. Classic, short wheelbase with room for four and some gear. Optimal turning radius and maneuverability.

The concept for ICON was born in response to the direction Jonathan Ward had seen the collector market heading, as demands and expectations on classic cars grew to expect modern performance married to classic styling. Jonathan and his wife Jamie started TLC, the nations leading Land Cruiser Service center in 1996, to provide sales, service, parts and restoration services to the Land Cruiser community.

As their global reputation grew and grew, they began to work as a consultant for Toyota, and TLC began to handle special projects for Toyota ranging from outfitting vehicles for special events to eventually being asked by Mr. Toyoda to build three running and driving prototypes of what became the 2007 Toyota FJ Cruiser. Our original prototypes paid more direct homage to the Land Cruiser tradition than the exciting new FJ Cruiser. This design departure from their prototypes is what eventually made them ask themselves the question... If they were to revisit the FJ40 their way, how would they do it?

The results is what we know today as the ICON, a vehicle without peers for a journey without boundaries. Classic styling, modern performance, and timeless utility.