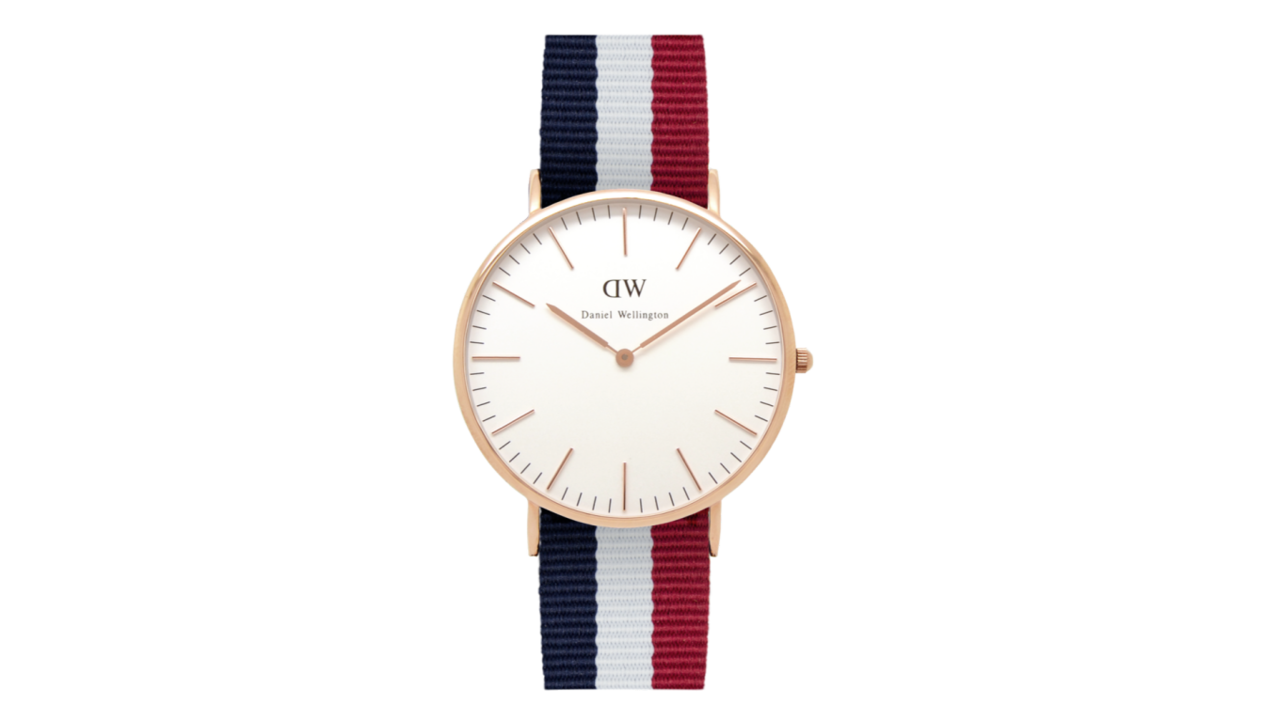 The story behind Daniel Wellington begins with a trip half way around the globe where Filip Tysander, the founder of Daniel Wellington, met an intriguing gentleman from the British Isles. The man had the inspiring ability to be gentlemanly but still relaxed and unpretentious. He had an impeccable style, and loved to wear his watches on old weathered Nato straps. His name? Well, Daniel Wellington, of course.

A strong friendship emerged between the two, and our founder was inspired not only by the mans many great life stories but also by his class and timeless style of fashion. As we now know, he was so inspired that he decided to name his line of watches after him.

Daniel Wellington loved to wear his watches on old Nato straps. Filip Tysander liked the idea and feel of the mix so much that he wanted to incorporate the idea into our own line of watches. However, he felt it important to make the watch thin and elegant – Filip wanted a clean design, without too many features, that would look good with the different patterns and colours of the classic Nato straps.

After returning from his trip, Filip sat down and started looking at different watches he liked himself. It was important that he loved the watch personally, or he knew that he could never sell it and be proud over it. He liked to use Daniel Wellington as a type of quality assurance and would often ask himself; would this be good enough for Daniel? Could he be seen wearing one of our watches on the beaches of some remote island?

Slowly but surely, a beautiful watch emerged. It was thin, refined and perfectly round. It was minimalistic and didn’t have too many details. Filip believed that the traditional, yet crisp design blends together perfectly with the colourful Nato strap and will appeal to almost everyone with a sense for classic and timeless design.

The straps themselves are an important part of the watch. Nato straps originate from the British navy, where divers would use the strong nylon straps over their wet suits. Even though they were originally made to avoid rust, they have a great look and versatility of them. That’s why Filip wanted to create a line of different straps with different colours and patterns – but all with a strong bond to the British Isles.

Sean Connery, another big fan of the Nato strap, wore one in the James Bond movie “Goldfinger”. Need we say more?