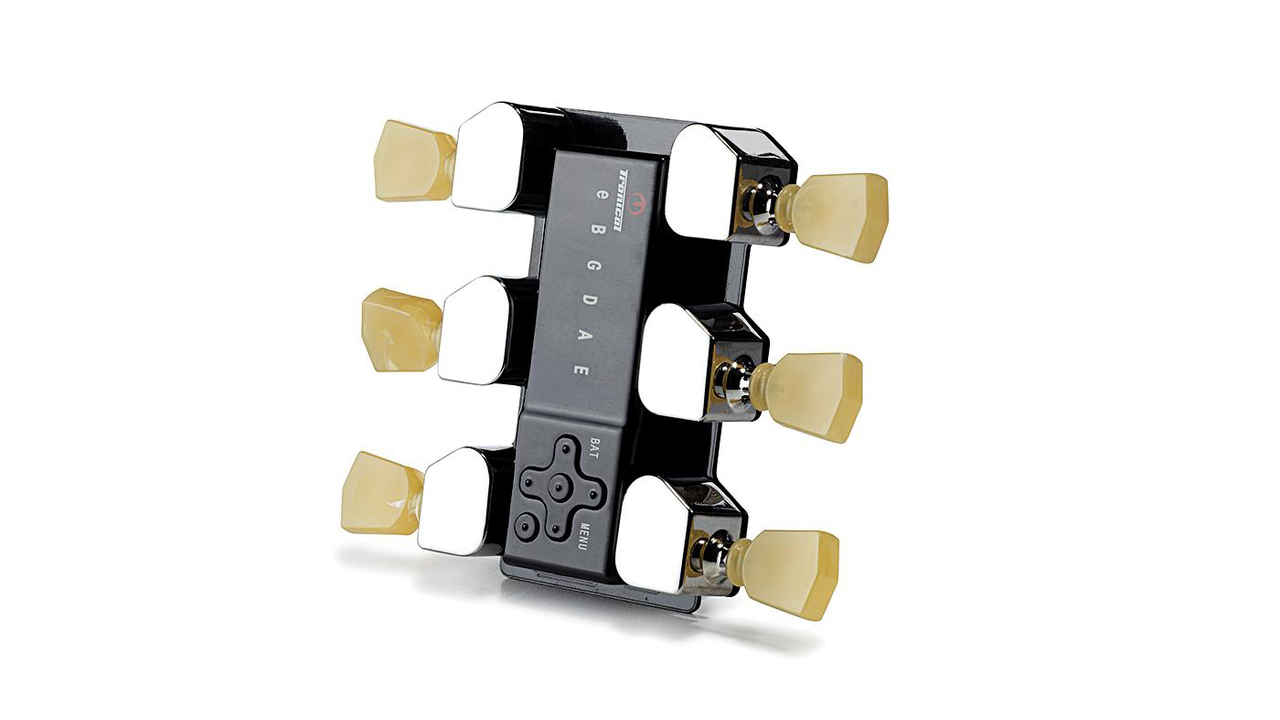 The idea for Gibson’s revolutionary Robot Guitar auto-tuning system came to Chris Adams in a fit of frustration. Aggravated that he couldn’t keep his guitar in tune, Chris turned to the Internet to see if there were any automatic tuning systems on the market. Dissatisfied with what he found, he imagined a system that would automatically tune a guitar in no-time-flat. That got him thinking about other possibilities too: a system that could switch effortlessly between multiple tunings, keep a guitar perfectly intonated, and even change strings for you.

After nearly a decade of development, Chris Adams and his Tronical Team have created a system that seamlessly self-tunes you guitar in seconds, all the while preserving the integrity and tone of your instrument. Tronical offers several model configurations that support a wide array of the most popular electric and acoustic guitars on the market today, with more guitars being tested and added every day.

Skill & Perseverance Pays Off
The fact that Adams did not have an engineering degree didn’t deter him. Over a period of 10 years, the professional guitar tech perfected a lightweight and foolproof system that tunes a guitar precisely and automatically in only a few seconds. “I wanted to create something that would respect the tonal concept of the instrument without changing it, but there was so much new technology that had to be developed to make it what it is today,” Adams explains. In 2005, Adams opened his Hamburg, Germany-based company Tronical, and began getting the word out about his invention.

Early Adopters
It didn’t take long. Built-in to certain models of Gibson guitars, Uli Jon Roth, Steve Vai, Billy Corgan, and other notables already use the system and all sing its praises on stages worldwide. “I haven’t met anybody who doesn’t love it,” Adams says. “This is a dream for guitar players. They don’t have to think about tuning anymore. Many artists have told me that having this makes them so relaxed because they know that, no matter what, they will be in tune. If you are more relaxed, you have a better performance. You can be more creative.” New Tronical owners include such artists as Eric Clapton, Kurt Rosenwinkel, Annihilator‘s Jeff Waters, Jeff Pevar, Walk off The Earth, 3 Doors Down , Bibi McGill with Beyonce, RIchard Fortus with Guns N Roses, and more.
  
The system requires no modifications or alterations to your existing guitar. It installs in roughly 10 minutes, speed winds your strings and tunes your guitar in seconds with a push of a button and a strum of the strings. Enter a world of creativity and hassle free performance. Beginners avoid the frustration of being out of tune and will be inspired to continue to play. Players can easily experience new and varied tunings. Performers will love that they can now carry fewer instruments, enjoy faster tuning times in the studio and on stage and create their own custom tunings and pitches.