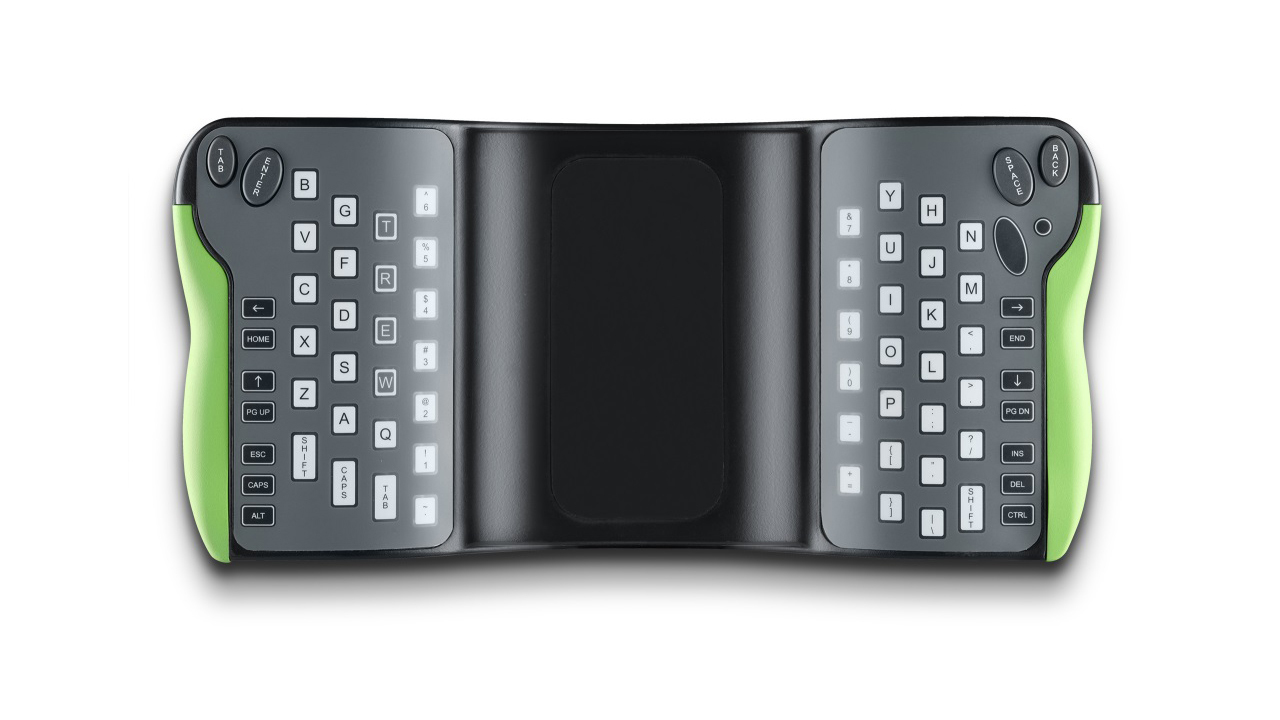 Type With Both Hands Using TREWGrip

This past summer Outlier Technologies launched TREWGrip, a patent-pending mobile QWERTY rear-type device that allows users to type with both hands while sitting, standing or walking. The full, standard QWERTY key layout is split and rotated so that the hands gripping TREWGrip can also touch-type wherever they are working. The first version of TREWGrip is a mobile dock, which connects wirelessly to virtually any Bluetooth-enabled mobile device or computer. TREWGrip also features an optional gyroscope that allows users to control on-screen mouse movement by simply tilting and turning the device.

"TREWGrip is unlike any technology available today, and was inspired by a real-world problem," said Mark Parker, president of Outlier Technologies and inventor of TREWGrip. "Modern smartphones and tablets are amazing technologies providing us capabilities that were unthinkable just a few years ago. Unfortunately, they are not great for data entry, especially creating and editing documents or completing detailed work tasks. Despite everyone's best efforts to use two thumbs or hunt-and-peck on touchscreens, mobile devices and their owners must become immobile to accomplish real work, defeating the purpose of the modern technology. TREWGrip solves this challenge."

TREWGrip was introduced to the public at the Cincy Typing Challenge, an open typing competition at Cincinnati Museum Center (CMC) in July 2013. After an initial qualifying round where the public was invited to test their typing speed on typewriters and keyboards, the top eight fastest typists were given a TREWGrip mobile dock and access to typing tutorials to acclimate to rear-typing. After five days with the device, the finalists gathered at CMC to compete head-to-head on TREWGrip. The winner, who had qualified for the Finals by typing 137 words per minute on a standard keyboard, typed 115 words per minute on TREWGrip to claim the $5,000 grand prize.

Parker added, "The typing contest proved to be a fun and challenging setting to introduce a new rear-typing technology. While we had no idea what the outcome would be, the results provided numerous validations of TREWGrip. Perhaps most importantly, after only 8-10 hours of training, the average user was able to transfer his typing competencies from a traditional keyboard to TREWGrip."