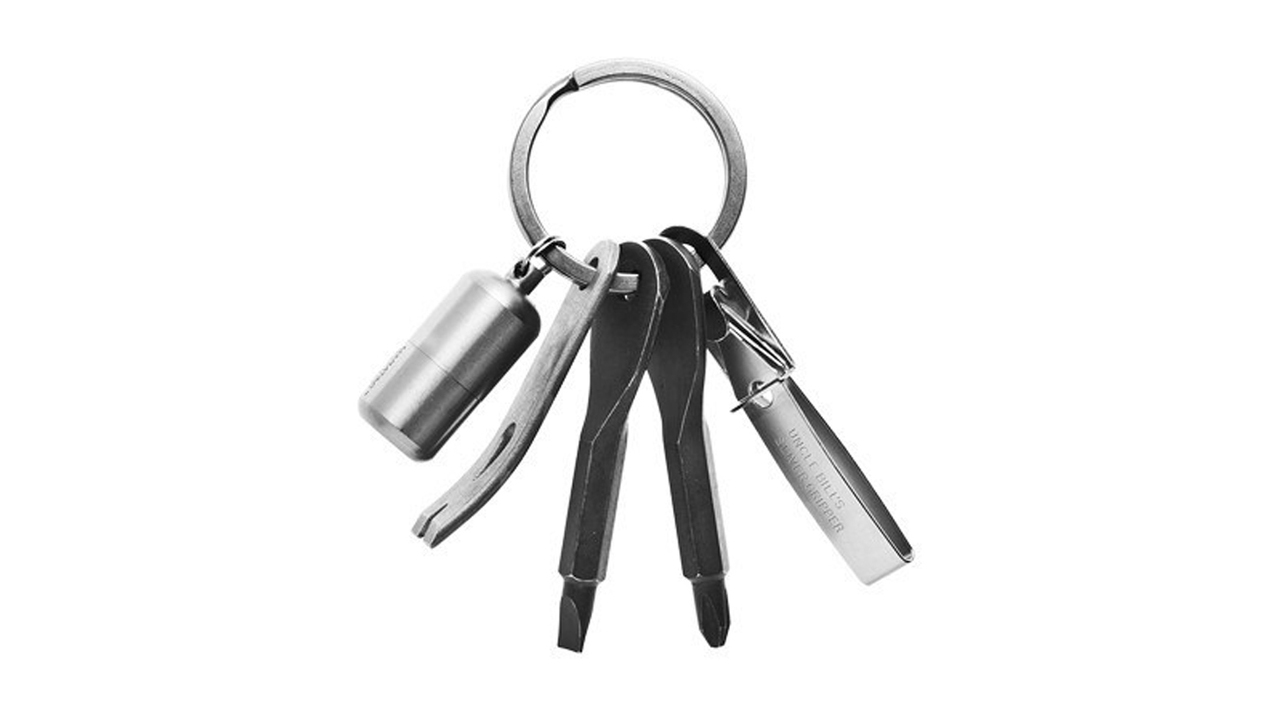 Every day carry, or EDC, generally refers to the things you carry every day. Simple enough, but there’s a philosophy behind it (so that receipt for gum that’s been crumpled in your coat pocket for four months doesn’t count as EDC). At its the core, EDC is personally defined. You find and carry the things relevant to your own life. The idea is to keep it streamlined with an eye towards self-reliance — you want items that do the most, while taking up as little pocket space as possible.

There are different schools of thought for EDC. Some owners aim to be prepared for the apocalypse (hand gun, metal pen that doubles as a shiv), others just need to be ready for a surprise powerpoint presentation (USB key, laser pointer, iPhone). Most of us fall somewhere in between.

This pocket-sized kit turns your keychain into a productive tool for tackling common tasks. There’s no ribbed hunting knife for when things get really real, but there’s a two-inch pry bar that the U.S. Military found handy enough to specially request for outfitting their soldiers. All the keychain tools combined weigh less than two ounces.

The pry bar (basically a mini crow bar) is made of industrial-grade metal and is not much longer than a key. It will pick, pry, score, cut, lift and pull apart a remarkable number of things (nails, staples, boxes) much better than something inept, like a butter knife. Or your fingers.

The 1-inch capsule lighter has a waterproof/airtight seal. No water can get in, and no lighter fluid can get out. It's quick to light and always at hand. Stands up on its own and stays lit until you blow it out, but we don't recommend keeping it lit for longer than 15 seconds at a time. (Unofficial testing at our office revealed that the lighter can get quite hot and the flame very large after 15 seconds.) Note that the lighter does not come filled with lighter fluid.

The screwdriver keys (one has a Phillips head, the other a flat head) are made of black oxide hardened steel and will take a door off its hinges just like any other screwdriver. Doubles as a keychain which conveniently fits the rest of the tools.

The pointed precision tweezers are for jobs tough and dainty alike. Pulls out splinters and stitches or the odd eyebrow hair.