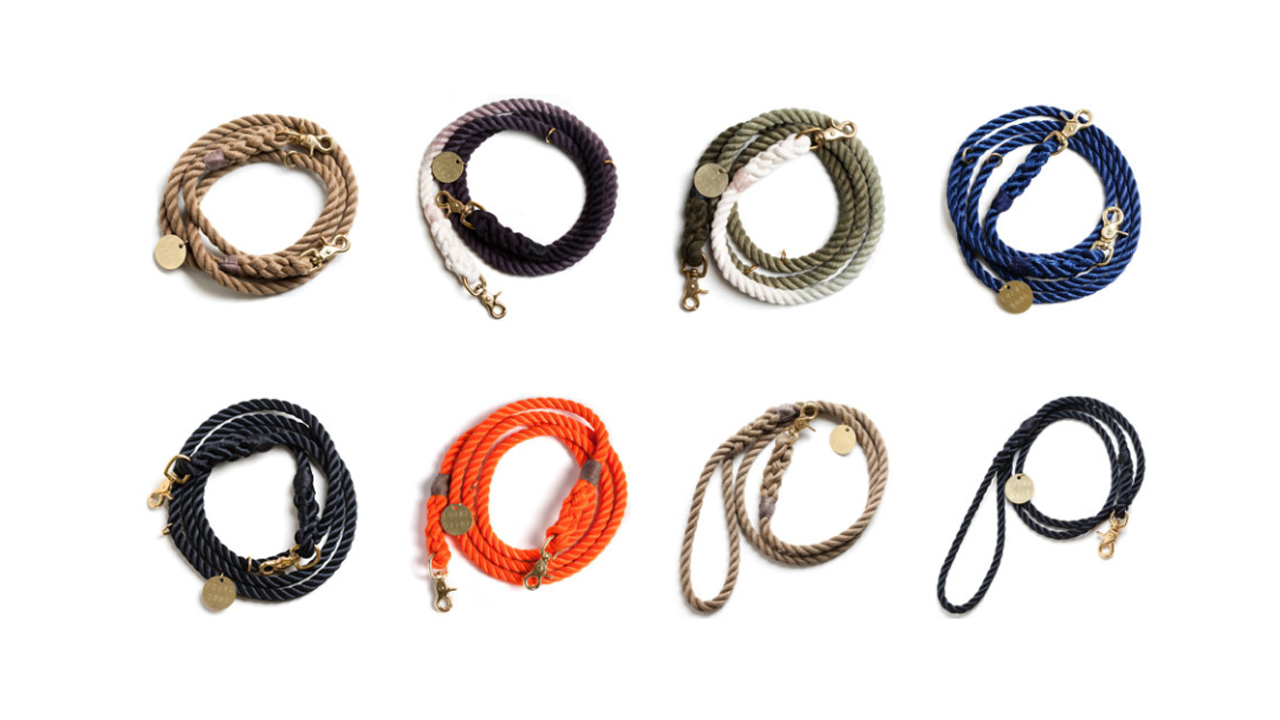 Inspired by a fisherman in the family, Found My Animal made their first three-strand, hand-spliced and whipped rope leash for their rescue pups back in 2006. So many people stopped them in the street to admire the unique nautical leads that they decided to share them with others.

The founders met on Atlantic Avenue in Brooklyn while walking their two rescue pups, both of whom were named Walter. The Walters were sizing each other up and started a conversation that quickly revealed their passion for animal welfare. They decided to become partners after discovering they had more in common than two rescue dogs with the same name. They had both attended great design schools—Cooper Union and Rhode Island School of Design—and were passionate about animals, animal welfare and a love of the principles of good design.

Found My Animal handcrafted leashes are spliced by hand to withstand thousands of pounds of pull with the ends then "whipped" (an old nautical term) for additional durability. Their accessories are built to last and last. Nothing ages more beautifully than marine-grade rope and hardware. Whats also great is that they are hand or machine washable too.