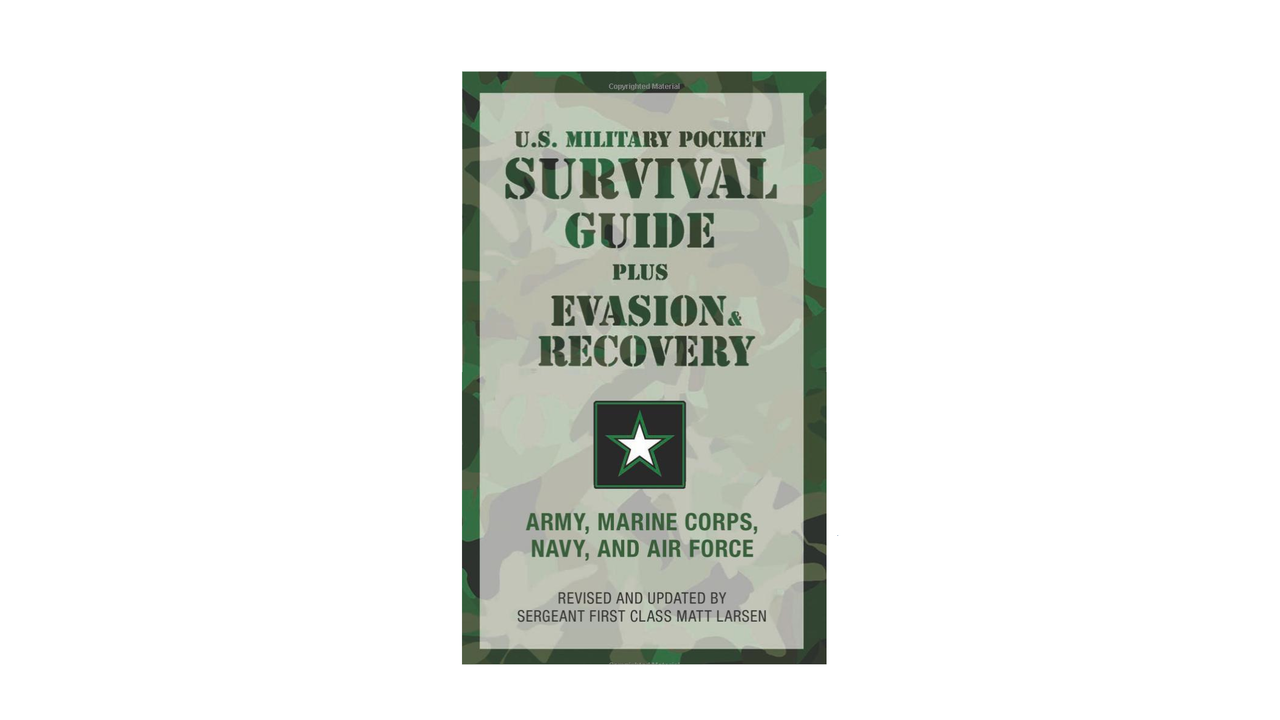 The latest version of the "stranded behind enemy lines" manual included in the survival kits of all branches of the U.S. military. A distillation of the information contained in the survival "bible," the USAF's enormous tome on Survival Training, AFR 64-4 and updated from the previous version which contained a significant amount of outmoded information. Now a multiservice publication used by all branches of the U.S. military (FM 21-76-1, MCRP 3-02H, NWP 3-50.3, AFTTP(I) 3-2-2.6).

This classic military manual—included in the survival kits of all branches of the U.S. military—has now been revised and updated by military survival expert SFC Matt Larsen.

Presented in an easily navigable format, with illustrations throughout, The U.S. Military Pocket Survival Guide represents an invaluable distillation of the information contained in the survival “bible,” the U.S. Air Force's enormous Search and Rescue Survival Training. It is every combatant’s essential guide to outdoor survival, concealment, movement, improvised communications, evasion, and recovery in hostile territory.


About the Author
Matt Larsen, a career Army Ranger who is best known as a hand-to-hand combat expert and the father of the U.S. Army's Modern Army Combatives Program, served in the U.S. Marine Corps and the 75th Ranger Regiment during the course of a 22-year career in the military. Larsen founded the United States Army Combatives School and served as both its commandant and the Director of the Army Combatives program for more than a decade. While there he wrote both the 2002 and 2009 editions of FM 3-25.150 (Combatives).

Since leaving the Army, Larsen has worked as a private security contractor throughout the Middle East and Africa; trained US Marine Corps personal security detachments (PSD) for deployment to Iraq; designed a Combatives systems for the Canadian Special Operations Regiment; and, consulted on the design of Combatives training systems for the US Air Force, the British Royal Marines and the British Infantry.