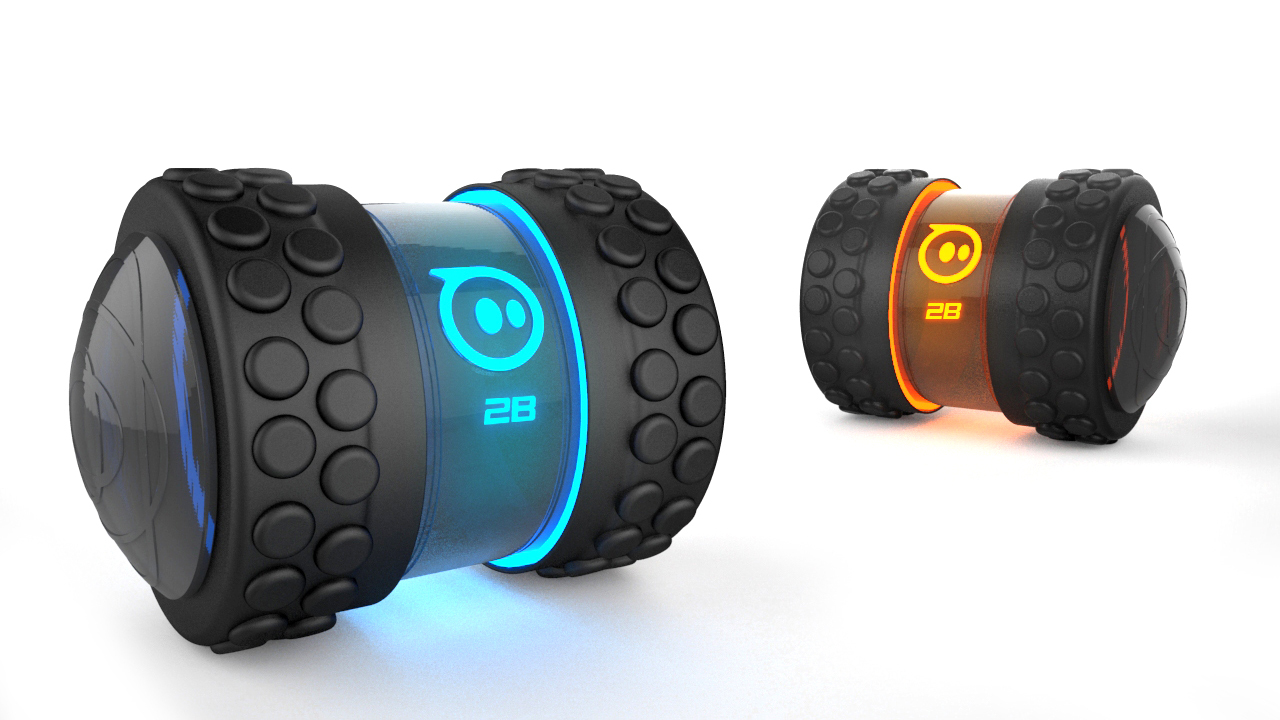 Orbotix has announced a new addition to the Sphero family of connected toys. Staying true to their app-controlled, robot-powered roots, Sphero 2B is a new toy that’s fun, educational, and engaging for the whole family.

“We believe in play,” says CEO Paul Berberian. “That’s why Sphero products offer many ways to play. Not just with different apps, but also by inspiring imagination through robots that are completely programmable.” Sphero 2B is also made for open play and is designed to inspire future inventors like its young co-founders.

“2B looks and drives like it’s something from the future,” says cofounder Ian Bernstein. It’s true, 2B is unlike any other toy. It takes on a new form factor, comes with interchangeable parts, and will launch with smart accessories for advanced gameplay. Powered with AI Superdrive capabilities, 2B is unreasonably fast and maneuverable. With only two points of contact, 2B can turn on a dime, launch off steep inclines, and tumble unlike anything you’ve seen.

“Sphero has been ‘round for a couple years now and we wanted to take the fun experience of driving Sphero, redesign it, flip it around, speed it up, and give fans something completely new,” says cofounder Adam Wilson.

The Sphero 2B will be available worldwide for under $100 (US) starting in Fall 2014. 2B accessories and customizable parts will be announced at a later date. Starting today, fans can reserve their place in line to be the first to own the newest Sphero robot at the buy link below.