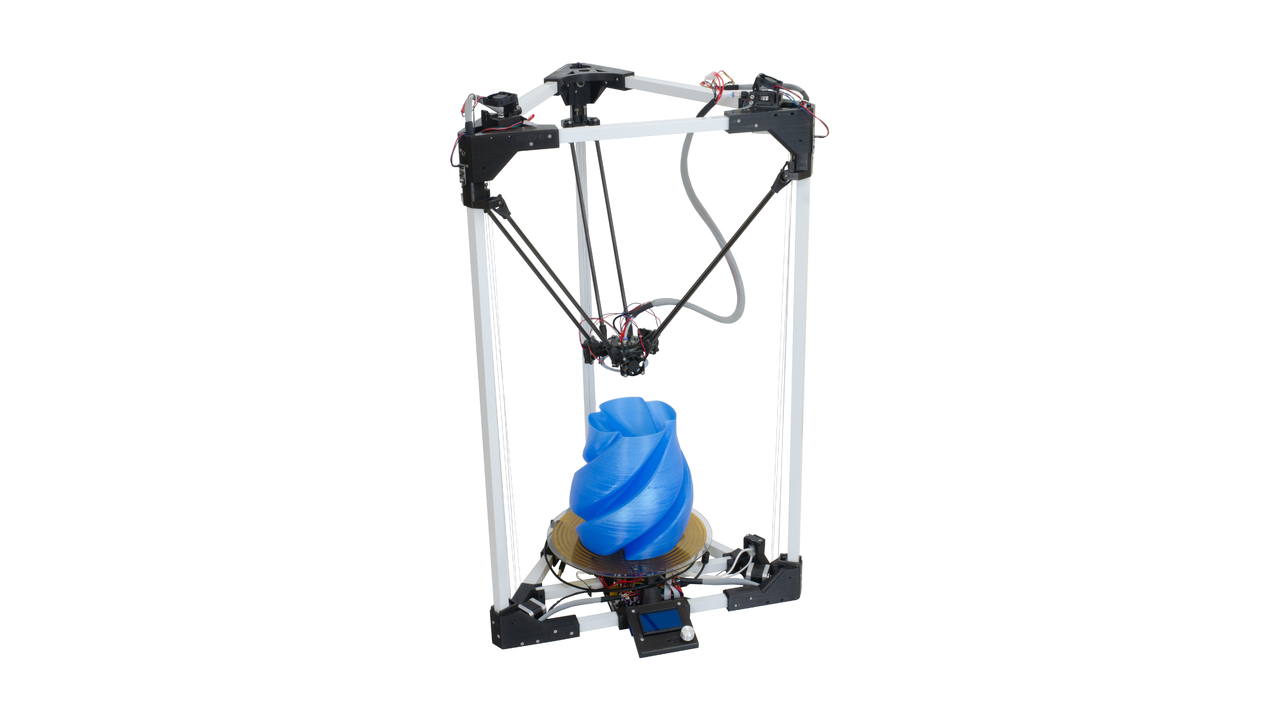 The BI V2.0, a new delta style 3D printer that reached its funding goal in less than 4 days, is now gunning for an additional $50,000 to unlock their injection molding upgrade. The Quebec based start-up offers a massive 300 mm by 300 mm circular build volume, multi-material printing with up to triple extrusion. One of the highlights of their proposition is the ‘self-replicating’ feature which allows you to print BI V2.0 components and create other 3D printers. The BI V2.0 is built with a sturdy aluminium frame and comes partially assembled to reduce the printer’s footprint during shipment.

The duo behind the 3D printer, Jean Le Bouthillier, Computer Scientist and François Crête, Mechanical Engineer had lots to say about their creation. When asked why they decided to take the crowd funding road and create the Kickstarter project, Jean said:

“The BI V2.0 being our second 3D printer, we’ve already learned what it takes to deliver a production ready 3D printer. We wanted to use Kickstarter to capture the attention of the public and tell the story of our company and what we are doing. I think that the response has been amazing as we have received positive comments and praise about the design from all over the word. Our campaign quickly reached its funding goal and we are now focused on reaching our stretch goals to offer even more to our backers.”

Despite the many offerings on the market, the BI V2.0 garnished a lot of attention with its unique design and the team has big plans for the future of delta style 3D printers. When asked about the minimalistic and clean design of the BI V2.0, François said:

“We wanted to design a printer that had a very sturdy and precise frame while at the same time being self-replicating. We also felt that by using a minimalistic frame, the printer’s focal point (from any direction) would become the delta manipulator and the 3D part being printed. This was a difficult challenge, but the end result is a perfect mix between form and fashion. We find beauty in minimalistic designs that accomplish the task.”

It’s clear that the team at Boots Industries developed quite a passion for their work. When asked why the campaign has been so successful, Jean said:

“I think that we’ve been most honest about our offering, our skills and people can see that we are truly passionate about bringing an affordable option to the table. We’re definitely not taking huge margins on these 3D printers and we are making the result of our development work accessible to everyone. I think that Kickstarter can best be described as “democratic funding” in that people get a chance to back projects in which they believe. We’re here because we have a passion and people can see that.”

With less than a few hours to go and a project that has now reached 500% of its original goal, the team is motivated and looking forward to delivering the final product. You can get your own for a very limited time at the Kickstarter price of 699$.