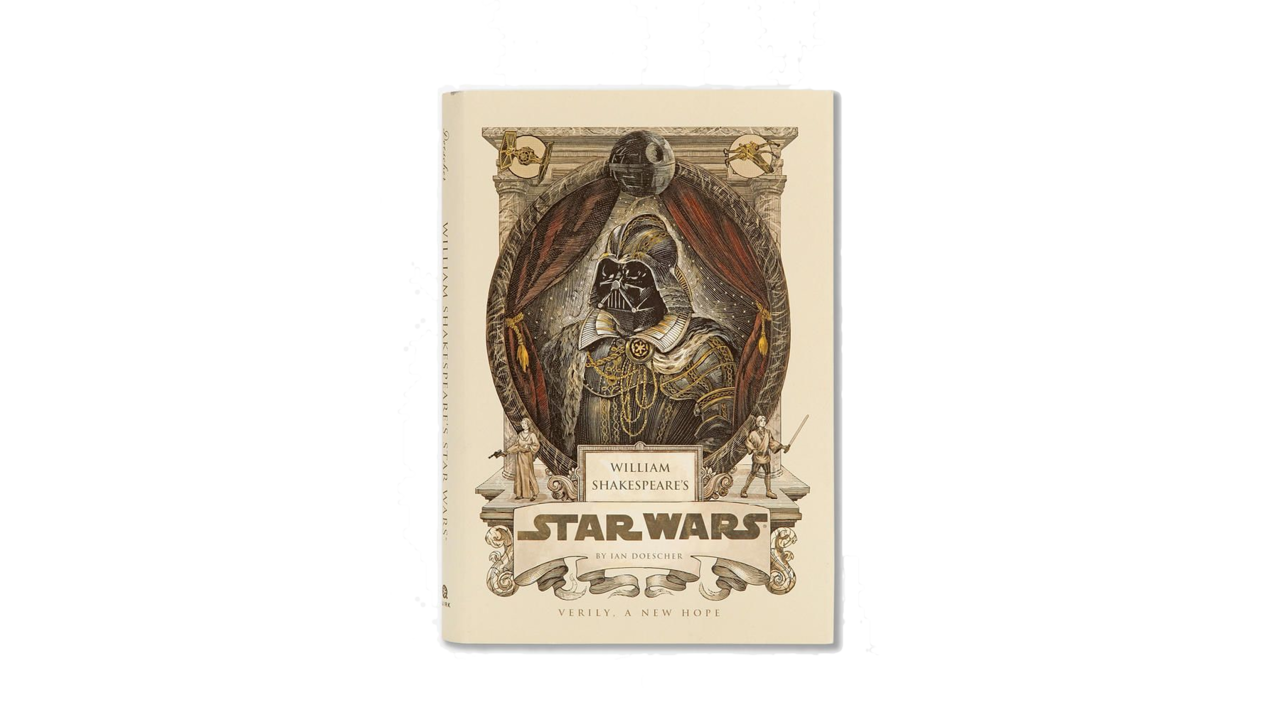 Return once more to a galaxy far, far away with this sublime retelling of George Lucas’s epic Star Wars in the style of the immortal Bard of Avon. It was during the spring and summer of 2012, that Doescher (Author of William Shakespeare's Star Wars) read Quirk Books’ Pride and Prejudice and Zombies, watched the Star Wars trilogy for the millionth time, and attended the Oregon Shakespeare Festival with his family. At the Festival, Ian saw the funny, gay-marriage-themed, modern adaptation The Very Merry Wives of Windsor, Iowa by Alison Carey.

Within this span of a few months, Ian had mashups, Star Wars, and Shakespeare on his mind. The morning after watching The Very Merry Wives of Windsor, Iowa, he had the idea to write William Shakespeare’s Star Wars.

The saga of a wise (Jedi) knight and an evil (Sith) lord, of a beautiful princess held captive and a young hero coming of age, Star Wars abounds with all the valor and villainy of Shakespeare’s greatest plays. ’Tis a tale told by fretful droids, full of faithful Wookiees and fearstome Stormtroopers, signifying...pretty much everything.

Reimagined in glorious iambic pentameter—and complete with twenty gorgeous Elizabethan illustrations--William Shakespeare’s Star Wars will astound and edify Rebels and Imperials alike. Zounds! This is the book you’re looking for.

About the Author
Ian Doescher has loved Shakespeare since eighth grade and was born 45 days after Star Wars Episode IV was released. He has a B.A. in Music from Yale University, a Master of Divinity from Yale Divinity School, and a Ph.D. in Ethics from Union Theological Seminary. Ian lives in Portland, Oregon, with his spouse Jennifer and two sons. William Shakespeare's Star Wars is his first book.