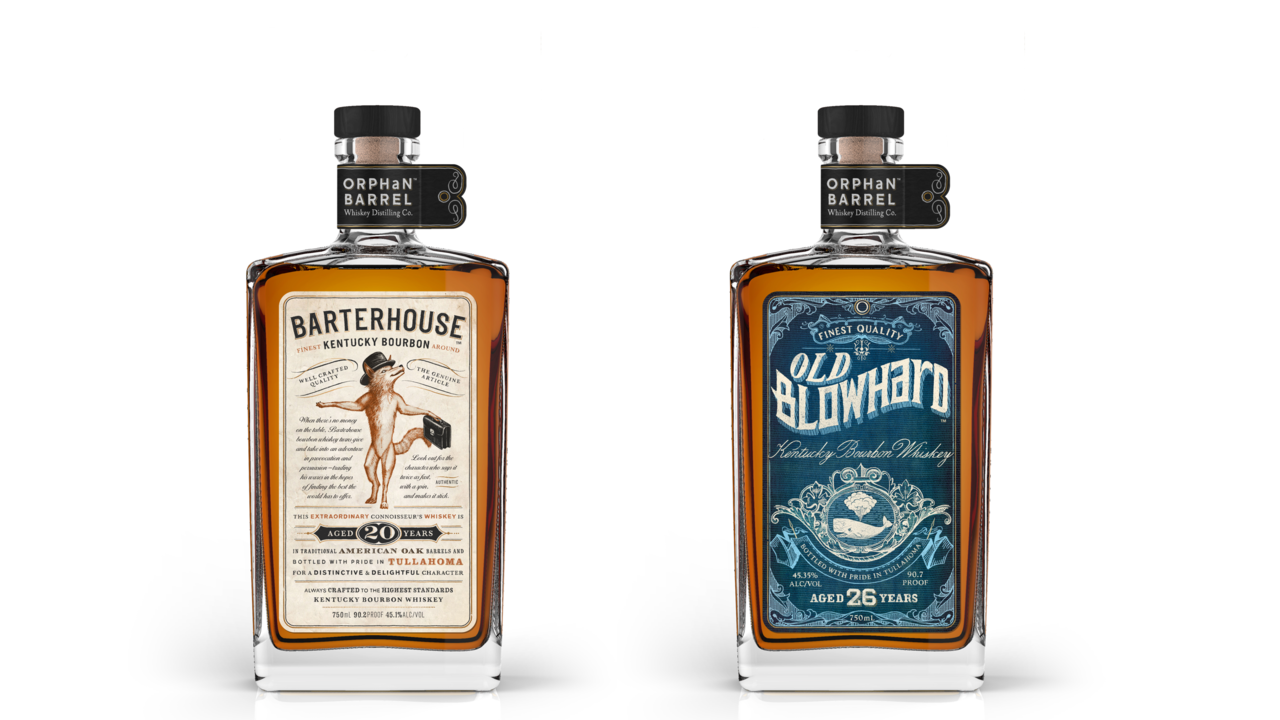 From Tennessee to Kentucky to Ireland, stories of old whiskies forgotten in the back of rickhouses and warehouses drift among distillers the world over. From lunch breaks to happy hours, their debates over which whiskey would taste best has become the stuff of legend. To offer resolution and introduce a new line of rare spirits to a growing base of whiskey aficionados, Diageo has announced the official start of the Orphan Barrel Whiskey Distilling Company.

The goal of The Orphan Barrel Whiskey Distilling Company is to locate lost and forgotten barrels of whiskey from around the world and share them with discerning adult fans. The first two variants to be released from the company will include the 20-year-old Barterhouse Whiskey and the 26-year-aged Old Blowhard Whiskey. Both brands are expected to begin appearing on select shelves throughout the U.S. in March 2014 under strict allocation due to limited supply.

Barterhouse Whiskey stocks were discovered in old warehouses at the Stitzel-Weller facility in Louisville, Ky. Rumor has it warehouse workers have already begun lining up for the first taste of this beautiful whiskey with a soft nose reminiscent of warm spice, biscuit and buttercream. The whiskey’s mellow taste includes notes of roasted grain, charred oak and a brown sugar finish. Barterhouse Whiskey is bottled in Tullahoma, Tenn. and will be expected to sell for a suggested retail price of $75.

Old Blowhard Whiskey was also found at Stitzel-Weller and is hand bottled in Tullahoma. At 26-years-old, the whiskey contains exuberant, rich flavors with undertones of smoke and honey followed by a gentle finish – dry and spicy with a hint of orange peel. Carrying a suggested retail price of $150, Old Blowhard Whiskey is meant to be sipped slowly and best enjoyed among gregarious friends and unyielding debates.

“The whiskey warehouses and rickhouses these spirits come from are special places filled with the incredible smells of seasoned oak, rough textures of weathered wood and amazing tastes of precious liquid,” said Ewan Morgan, Master of Whiskey for Diageo. “It’s every worker’s dream of finding that forgotten barrel of delicious whiskey and sharing it with their friends. That’s exactly what we’re doing.”

Like the rickhouse and warehouse workers who uncover them and the consumers who drink them, Orphan Barrel Whiskies have distinctive personalities in taste and packaging. Barterhouse Whiskey packaging nods to the inspiration behind the whiskey’s name. A vintage khaki and brown label features a sly fox front and center after he’s made a smooth deal at the local trading post. Because when there’s no money on the table, Barterhouse Whiskey turns give and take into an adventure in provocation and persuasion.

Based in a beautiful nautical blue, the Old Blowhard Whiskey label features a powerful whale exhaling through its blowhole before launching into another opinionated debate. Powerful fonts rooted in swagger proclaim the spirit’s impressive age statement and status as a Kentucky Bourbon.

The Orphan Barrel Whiskey Distilling Company is headquartered in Tullahoma, Tenn. where the whiskies are bottled and owned and operated by Diageo. Diageo continues to invest in the growing whiskey and bourbon categories via the Orphan Barrel Whiskey Distilling company and its existing line of whiskies including Johnnie Walker, Crown Royal Canadian Whisky, Bulleit Bourbon, George Dickel Tennessee Whiskey, Bushmills and more.

Orphan Barrel whiskies have been waiting years to be uncovered so Diageo and the rickhouse workers who guard these rare spirits remind consumers lucky enough to get their hands on a bottle to sip slowly and responsibly.