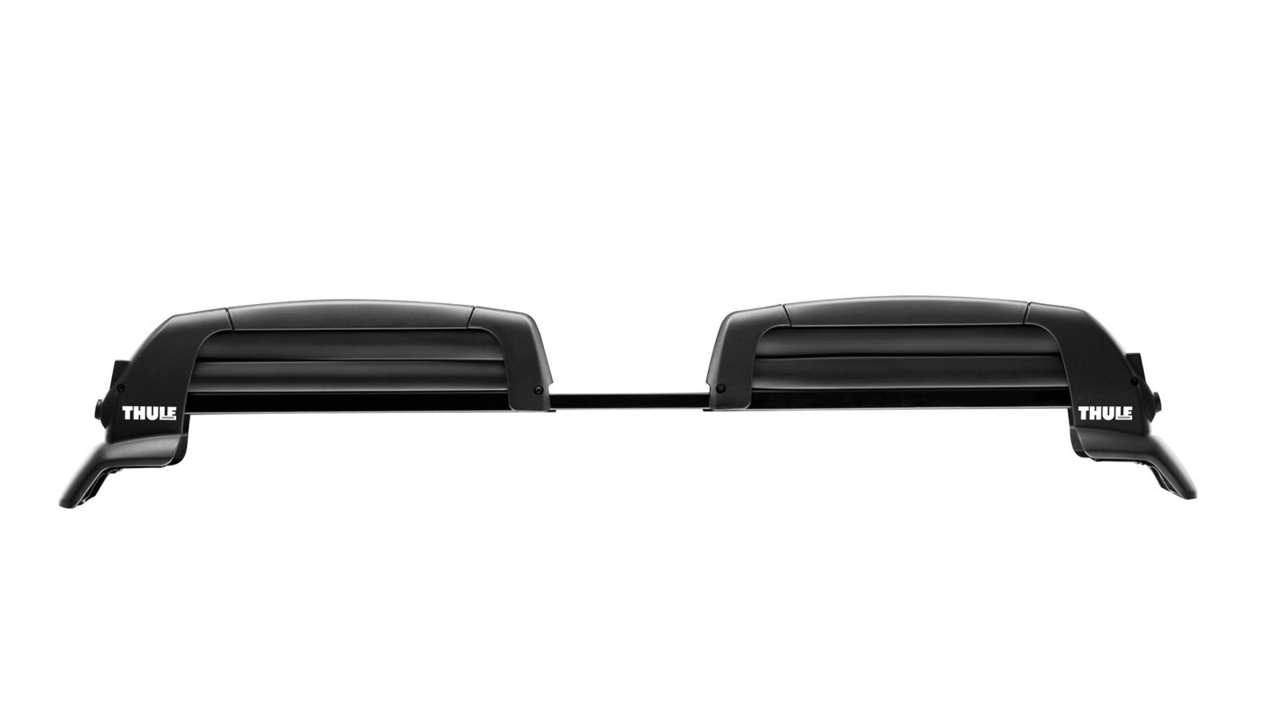 The Thule 5401 Snowcat ski and snowboard carrier is specifically designed for vehicles with factory installed side rails, saving users money by eliminating the need for a roof rack in order transport skis and snowboards to the slopes. The Snowcat can accommodate up six pairs of skis or four snowboards - or even combinations of both via its four separate loading platforms. Two platforms are accessible from each side of the vehicle that the carrier is mounted on.

Skis and snowboards are securely held by ultra-soft rubber arms that grip without scratching their surfaces, and the one-push button release mechanism of the Snowcat ensures that the carrier opens effortlessly, even when wearing gloves. Each of the carrier's outer corner sections has tower edges that are designed to quickly clamp to standard-shaped flat side rails using a few pieces of mounting hardware, padding and a bolts. Once the mounting hardware in loosely attached to the tower sections, the two front-aligned assemblies are connected by a single telescoping support bar, as are the rear-aligned components. This bar snaps into place at increments as the tower sections rest on the side rails allowing for easy adjustability, regardless of the vehicle's rail configuration.

When the desired width adjustment is achieved, Thule One-Key lock cylinders are inserted into the four tower sections, and the two combined front and rear assemblies are bolted to the side rails. The installed locks at each corner secure the carrier's arms in place, locking skis and snowboards to the carrier. In closing the arms of the carrier the bolts attaching it to the vehicle's side rails are covered as well. The result is that the One-Key locks also secure the rack to the vehicle as well.