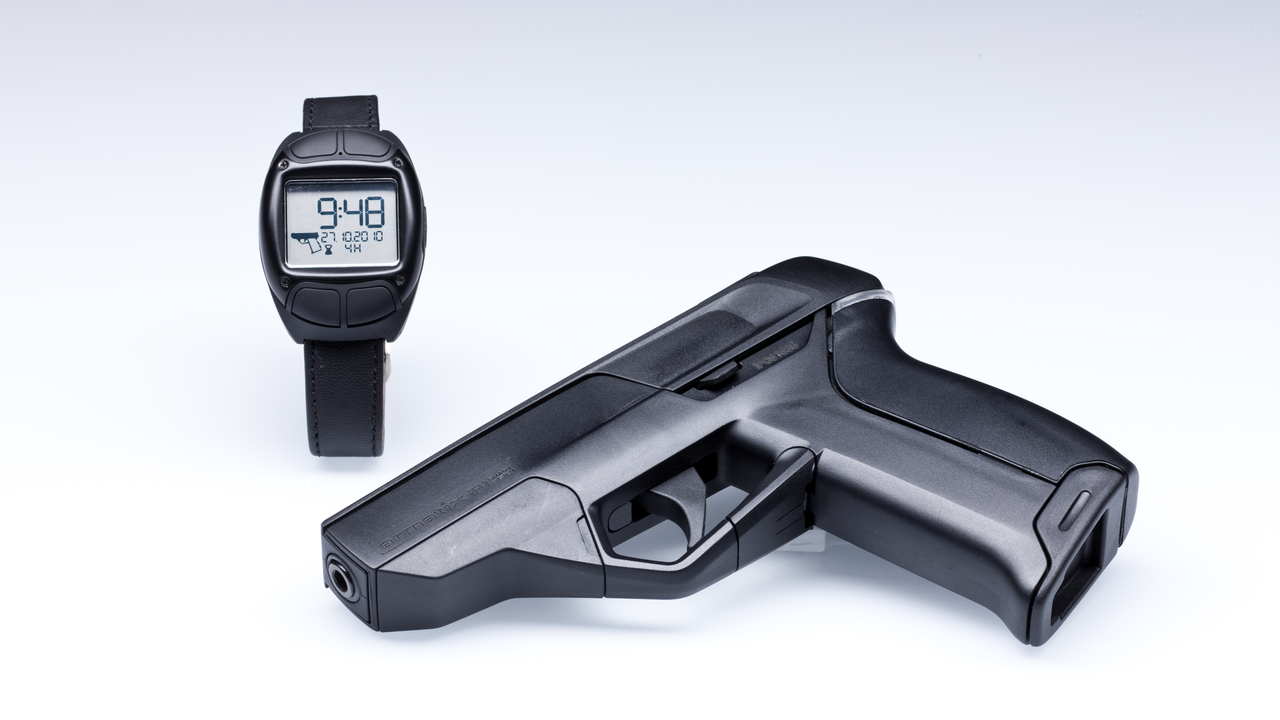 Armatix Smart System – a consistent concept of gun safety for the future. In the case of conventional handguns, the gun is no longer secured the moment the shooter removes it from the safe or other security system. In the case of Armatix’s Smart System, security extends a decisive step beyond this point!

Smart System consists of a radio-controlled watch that is responsible for gun access and use. A Smart System gun will only shoot if it is within range of this watch. It is possible to release the safety mechanism via the radio controlled watch activated by means of a PIN code. As soon as the gun loses radio contact with the watch - e.g. if it is knocked out of the shooter's hand or in case of loss, theft, etc. It automatically deactivates itself.

Armatix is currently involved in advanced licensing negotiations with several gun manufacturers. In addition, Armatix offers a tried and tested smart system in the form of development of its own: the iP1 pistol (.22LR caliber) and the iW1 active RFID watch. The prototype from Armatix is proof that guns and integrated electronic intelligence are already possible and feasible today. How the technology can be incorporated into existing handguns needs to be checked in individual cases.