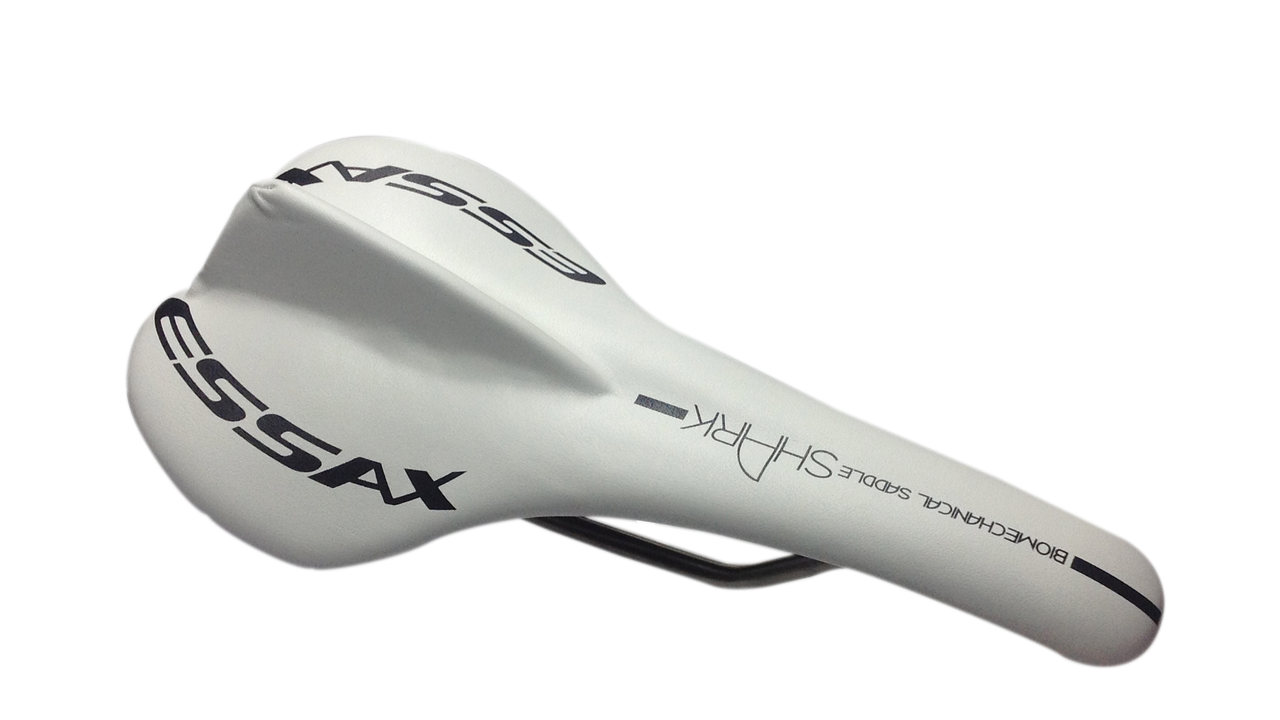 The saddle is one of the three support points of the rider on the bike and if you are positioned correctly it supports 60% of the mass of the body and has the mission to be the point from where the legs push to transmit the force to the pedals.

The rider is to be held on the saddle supporting on its two Ischia stabilizing the hip and allowing both legs to distribute equally the energy to the pedals. This way it achieves a perfect gravity center, both ways supporting the body left as right and also forward and backwards.

The saddle is therefore a crucial element in the mechanical assemble, but also is for the bio element because a bad support generates a problems for the cyclist like perineal overload, which results in sore knees, because one leg work harder than other. The bike industry has tried to solve these problems of bad support of the body with several different measurements with more padded saddles, wider saddles, with antiprostatic channels.

None of these solutions give satisfactory results to the origin of these problems: the rider positions himself wrongly on the saddle for different reasons; hip rotations, limb differences, inefficient pedaling techniques etcetera. It is true that a particular saddle can be a solution for a particular rider, but simply by chance, not because this saddle favors this better support nor provides the information to the rider on how to sit properly on the saddle.

With the idea of going to the core of the problems and in this way to solve the issues at the root the Shark saddle was born. Invented by the Bike Fitter company Custom4.us and developed by the Spanish Saddle manufacturer Essax, the Shark is the most important technological Saddle improvement of the last decades. What makes it recognizable and totally different from other saddles is its fin and that’s how it got it got the name Shark.

How does a cyclist sit on the saddle?
When we sit on the saddle we have two basic points of support and one secondary. The basics points are the 2 Ischia and secondary one is the perineum. If one of the basic support is not on the right place the other point supports a higher pressure whereby producing an overload well known by the cyclist who are many hours on the saddle and often not right positioned.

What is the fin for?
This is the key to this whole Bike Fitters ensemble. Its position indicates the rider how to place his sit bones so that they are well supported in the seat. It interacts with the user giving information how to be seated on the saddle. In the hundreds of biomechanical studies for the development of this product, the result of them told us that the vast majority of riders had sensory perception being well positioned on their saddle as where reality showed they were rotated or only supported one of the two Ischia.

Is it uncomfortable?
The fin seems at first sight an aggressive element that will hurt us when we are pedaling. But this is not like this, if the rider is well positioned on the saddle the fin is imperceptible. If we feel the fin than we know that we are not well seated on the saddle! Than we know we have moved away from our optimal point of support, this is the kinesthetic value of the Shark.

Is it certified?
Shark prototypes are in the position of the technical committee of the UCI, which soon will give its verdict on their use in competition. What was meant to be a therapeutic solution for the inconvenience of thousands of cyclists has become an element that can allow higher bike performance, because of the better stability to the hip the transmission of force to the pedals is much more efficient thereby achieving higher performance.