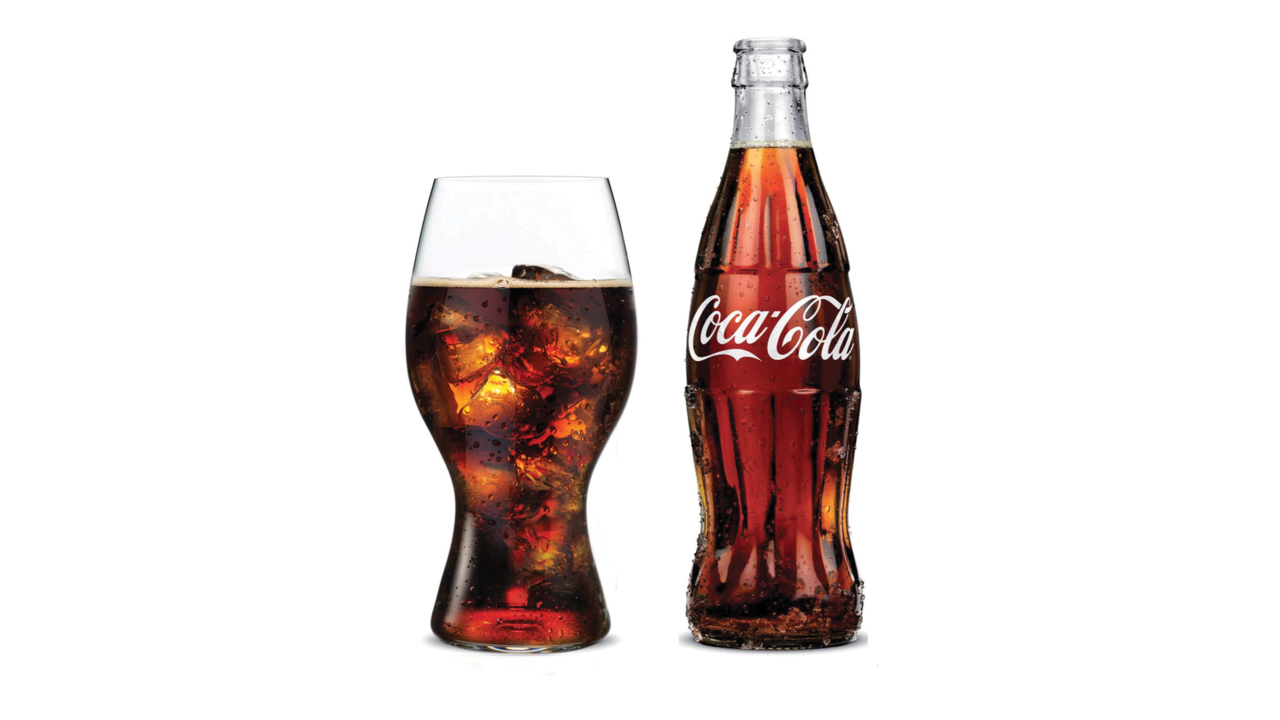 A match made in heaven. Riedel has recently announced its debut of the Coca-Cola + Riedel Glass. Created in collaboration with Coca-Cola, the introduction marks Riedel’s first functional glass developed outside of wine, beer and spirits.

The Coca-Cola + Riedel Glass was developed with a tasting panel, led by 10th-generation Riedel owner Georg J Riedel. The panel, that included top flavor experts with the most intimate knowledge of Coca-Cola flavors, tasted the iconic beverage from numerous glasses of different shapes and sizes. The panel unanimously determined that the resulting glass delivers the optimal Coca-Cola taste experience, enchanting all the senses with the unique flavors of one of the world’s most celebrated beverages.

The visionary collaboration began in early 2013, when The Coca-Cola Company approached Riedel Crystal to create a vessel for the enjoyment of Coca-Cola. Georg Riedel reflects, “Riedel is thrilled to be given the opportunity to develop a glass for one of the world’s most valued brands, and to provide consumers with a glass that delivers the optimal Coca-Cola experience.”

Riedel, pioneers in the creation of functional glassware, guided the creative process, in partnership with Coca-Cola to ensure that the ultimate creation was the perfect blend of art and science. To discover what, if any, effects glassware of different size and shape had on the perception of the beverage, Coca-Cola experts explored the profound differences in flavor illustrated by different shapes, namely, how vividly certain shapes enhance the experience and unique flavor balance of Coca-Cola.

The resulting Coca-Cola + Riedel Glass was inspired by the original Coca-Cola “Contour” bottle, one of the most recognized packages on the planet, patented nearly 100 years ago, in 1915.

Brad Fields, Global Drinkware Manager for The Coca-Cola Company said, “We are so excited to unite our two category-leading brands in such a complementary way. We were intimately involved in the creation of this glass with Riedel and understand how vessel shape can positively affect the enjoyment of Coca-Cola. We want everyone to experience it for themselves.”

Features
● Made from lead-free crystal
● Inspired by the iconic curves of the original Coca-Cola contour bottle
● Shaped by a panel of industry experts and Coca-Cola lovers
● Form captures the distinct spices, aroma, and taste of Coca-Cola
● Creates a magical sensorial experience