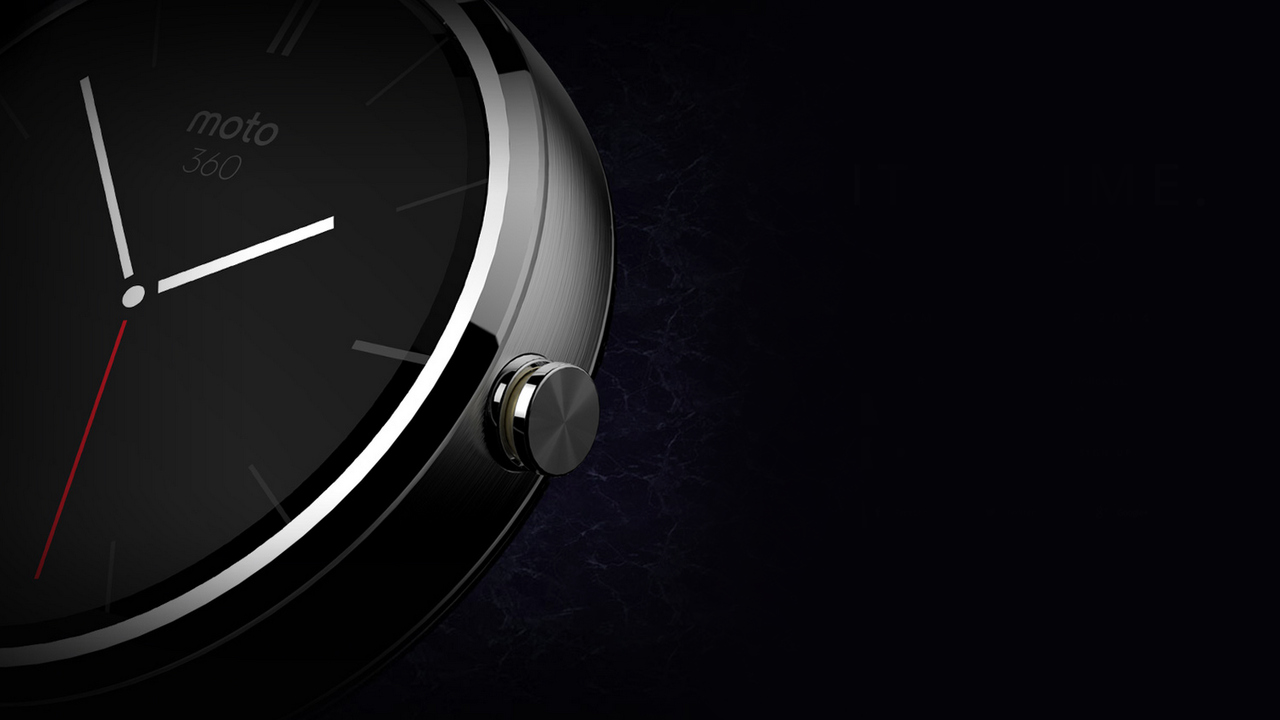 The wristwatch has been through several evolutions since it first became a popular fashion accessory more than a 100 years ago. From mechanical to electronic movements, analog to digital faces, the wristwatch has been reinvented several times over, but the basic design has endured for a century because of its elegance and usefulness ‘at a glance.’ Motorola's vision for Moto 360 was to celebrate that history as they reimagined the wristwatch for the future.

Moto 360 keeps you on time and up to date without taking you out of the moment or distracting you, telling you what you need to know before you know you need it through subtle alerts and notifications. With just a twist of the wrist you can see who’s emailing or calling, what time your next meeting is or a friend’s latest social post.

Moto 360 also responds to your voice. Just say “Ok Google” to ask questions like who won the Stanford vs. New Mexico game or what time your flight leaves, or to get stuff done like scheduling an appointment, sending a text, setting an alarm or taking a note.

Most importantly, Moto 360’s iconic design, featuring a round face and premium materials, feels comfortable and familiar on your wrist. It’s everything you need, with a look that you want.

Moto 360 will be available in a variety of styles globally in Summer 2014, starting in the US.


Moto 360 is truly a modern timepiece, designed by Motorola, powered by Android Wear.