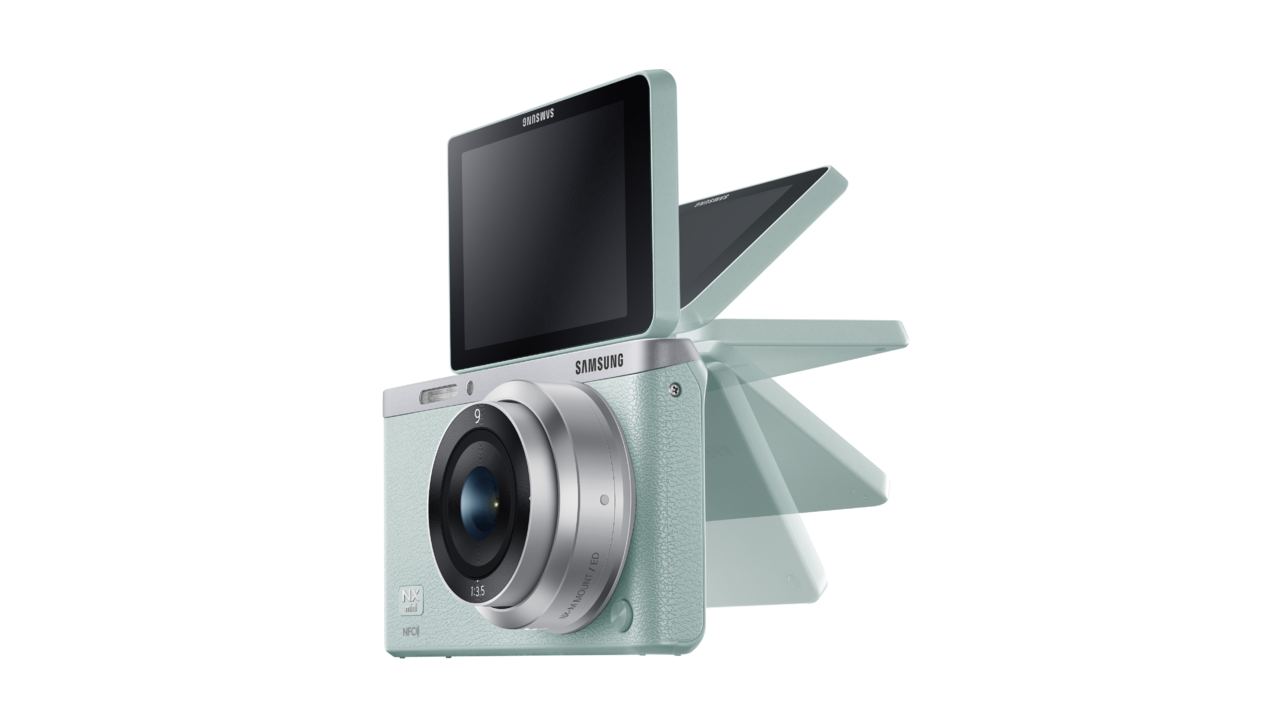 Samsung Electronics has announced the launch of the NX mini, the world's slimmest and lightest interchangeable-lens camera. The portable and stylish design of the SMART Camera NX mini, along with its stunning image quality makes it the “go-to” device for great photography, allowing users to capture special moments in stunning detail. With NFC and Wi-Fi capabilities, it allows users to take impressive shots that can then be shared quickly and easily, for friends to enjoy in real time.

"The NX mini has both style and substance, perfect for trendsetters looking for a fun way to capture their life in outstanding photo quality,” said Myoung Sup Han, Executive Vice President and Head of the Imaging Business Team at Samsung Electronics. “Samsung introduced the first flip up touch display camera in 2011 as a leader of the selfie trend, and has designed the device in response to evolving consumer demands. This approach is exemplified by the NX mini, with features such as a 3.0-inch Flip up Display and wide angle lens exclusively designed to address the global passion for selfies. Its lightweight design also means that it can slip in a pocket, for photography anywhere and everywhere.”

As the slimmest and lightest interchangeable-lens camera on the market, the NX mini is the ultimate way to capture life on the go without any hassle. Weighing only 158g (body only) and sporting an ultra slim (22.5mm) design, the NX mini can easily slip into almost any pocket or bag, yet still delivers the powerful results passionate photographers demand. The camera features a solid premium metal body with a luxurious leatherette finish, making the camera the natural choice for style-conscious shooters looking to make a statement. Available in five different colors (white, pink, mint green, brown and black) users can choose the color that best suits their style.

The 'selfie' has found a permanent place in vocabularies across the world in recent years and its popularity shows no sign of stopping. Reflecting this recent consumer trend, the NX mini has a range of exclusive features which allow photographers to effortlessly indulge in the global trend of self-shooting. With a 75.2mm (3.0-inch)Flip up and Touch Display that flips 180-degrees, users can frame images of themselves perfectly. The NX mini’s powerful optical performance provides crisp and clear, high quality images ensuring that the subjects in the photos are always looking their best. With the ultra-slim 9mm wide angle lens, the NX mini can capture group shots from an arm’s length away, so users can easily frame themselves and be part of group memories.

Maintaining a flattering pose while also attempting to press the shutter release button when self-shooting can be tricky, but the NX mini's new Wink shot feature makes it the perfect hands-free way to capture the real you. Users simply need to set up their shot and wink at the camera to capture an image. Once a wink is detected, the NX mini takes a shot automatically after two seconds, without having to press any buttons.

Despite its slim appearance, the NX mini packs a big performance in to its small body. Its large 1-inch type 20.5MP BSI CMOS Sensor enables users to capture high quality images, ensuring no details are missed. With the highest resolution in its class, pictures captured with the NX mini burst with vivid color.

The NX mini's impressively fast 6fps Continuous Shot mode allows photographers to take continuous shots, so every detail can be captured and no moments are missed. The fast 1/16000 sec Shutter Speed freezes fast moving scenes, allowing for the dramatic capture of motion in crisp detail, without blurring.