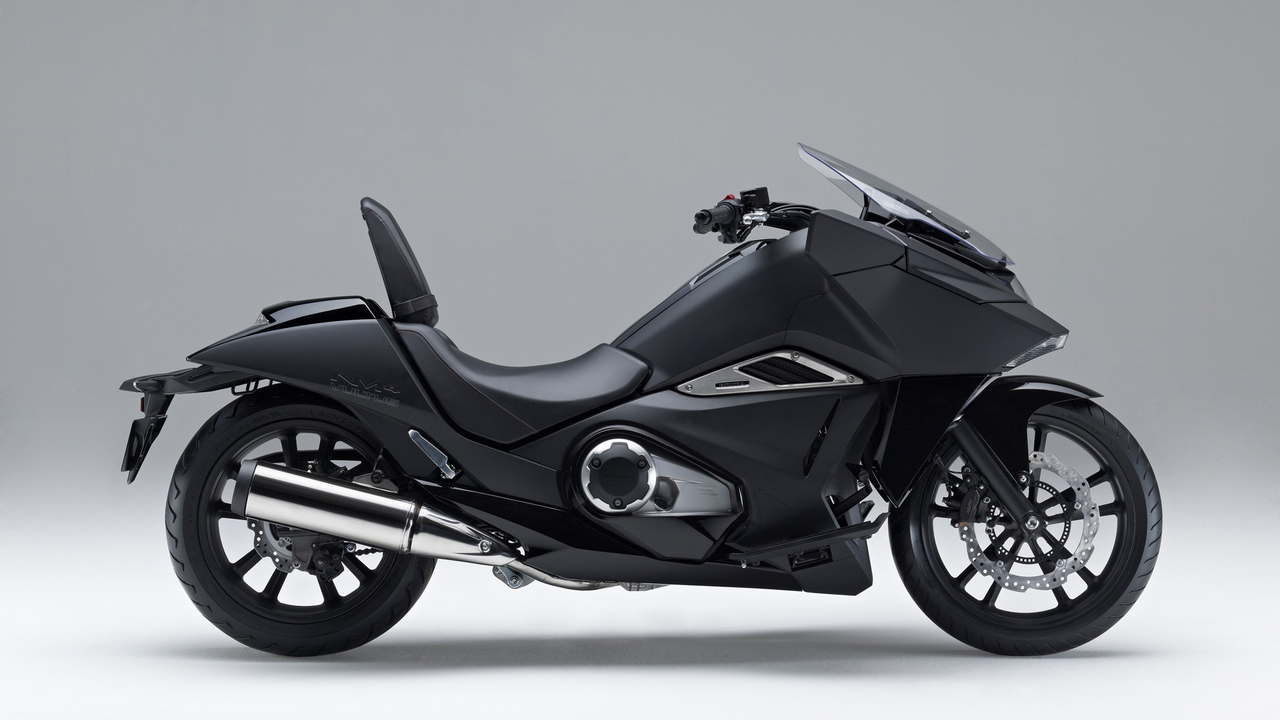 Honda has announces the new NM4 Vultus, a ground-breaking machine inspired by futuristic machines seen in the anime and manga television and film styles, known collectively as “Japanimation”.

Created by a young design team who remained true to their original concept at every stage through to production, the NM4 Vultus brings radical style to the streets, with function from the future for a new breed of rider. The NM4 represents a machine capable of crossing traditional two-wheeled lines and reaching out to a wider audience.

Vultus is Latin for appearance, expression – or face. The NM4 Vultus, with its LED lights, future-shock style and stealth bomber silhouette presents a look that will not have been seen in any cityscape this side of an anime movie… Underneath the brooding menace is a rock-solid chassis and engine package. Packed with low-friction technology, its 745cc twin-cylinder engine is canted forward, creating space and a low centre of gravity. Delivering strong low and mid-range power and torque for smooth acceleration coupled with excellent fuel economy, it’s also equipped as standard with Dual Clutch Transmission (DCT), giving the rider options between automatic twist-and-go D and S mode – plus trigger-operated computer game-style manual MT mode. Intuitive and easy to use, it adds to the futuristic appeal of the NM4 Vultus and is the perfect complement to the engine’s gutsy, usable performance.