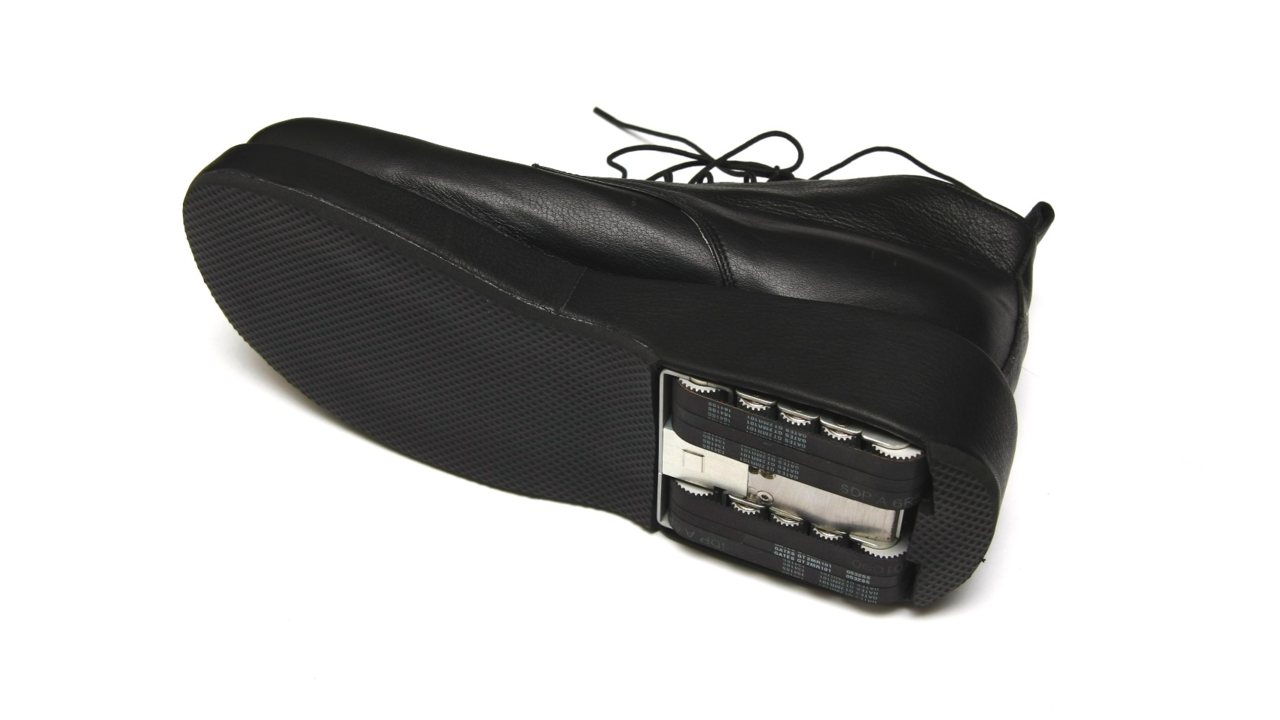 An Israeli company has developed B-Shoe, (short for: Balancing Shoes) a conventional walking shoe that automatically performs a “backward step” accurately and only when needed. The shoe incorporates pressure sensors, an embedded integrated motion device, a microprocessor, smart algorithms and a rechargeable battery. When imbalance is detected, the motion device rolls the shoe slightly and gently backward until balance is regained. The smart algorithms assure early detection of imbalance and that the shoe will only operate when needed. The operation and performance of the B-Shoe (validation/verification testing) were tested in a Gait Laboratory under conditions that emulate imbalance and in situations where elderly people may fall. The laboratory is equipped with a moving platform on which test subjects stand. Imbalance conditions are generated by moving the platform floor while people are standing on it. The platform is capable of moving in 6 degrees of freedom, three translation motions in all directions and three rotations. A system of cameras tracks and analyzes the test subject’s shoes and body responses in three dimensions. The platform is equipped with pressure sensors that provide information on the foot’s position and the pressure forces it induces on the ground. The tests compare how people respond to imbalance when using normal shoes and the response while using the B-Shoes. Standard backward pull tests were also performed as normally done by Doctors that examine suffering patients.

The recording shows the translation perturbation generated by the platform in the forward and backward directions and the translation of the B-Shoe relative to the platform. The test also measured the position of the center of pressure of the B-Shoe on the floor. This reflected the sway of the person while trying to maintain stable standing. Addition plot shows the energy of the sway by calculating the square of the sway amplitude and averaging over time to smooth the instantaneous response.

The conclusion of the Gait Laboratory tests were successful. B-Shoe functioned as expected.

Falls among the elderly don’t only affect them. Beyond the the social and personal aspects, these falls represent a major cause of injuries and even death, and cost health care systems tremendously. One out of three people age 65+ falls each year. Those age 72+ fall every two years, and 80+ fall at least once every year. Falls account for 25% of hospital admissions and 40% of nursing home admissions. In addition, about 40% of those admitted do not return to independent living, and 25% die within a year.

The problem of elderly people’s falls is not only going to be with us for the long term, it will become much worse every year because of the increase in life expectancy. Usually, doctors recommend using a cane or traditional four-legged walker. However, the great majority of elderly people refuse to use these and other assistive aids because they symbolize weakness and dependency.