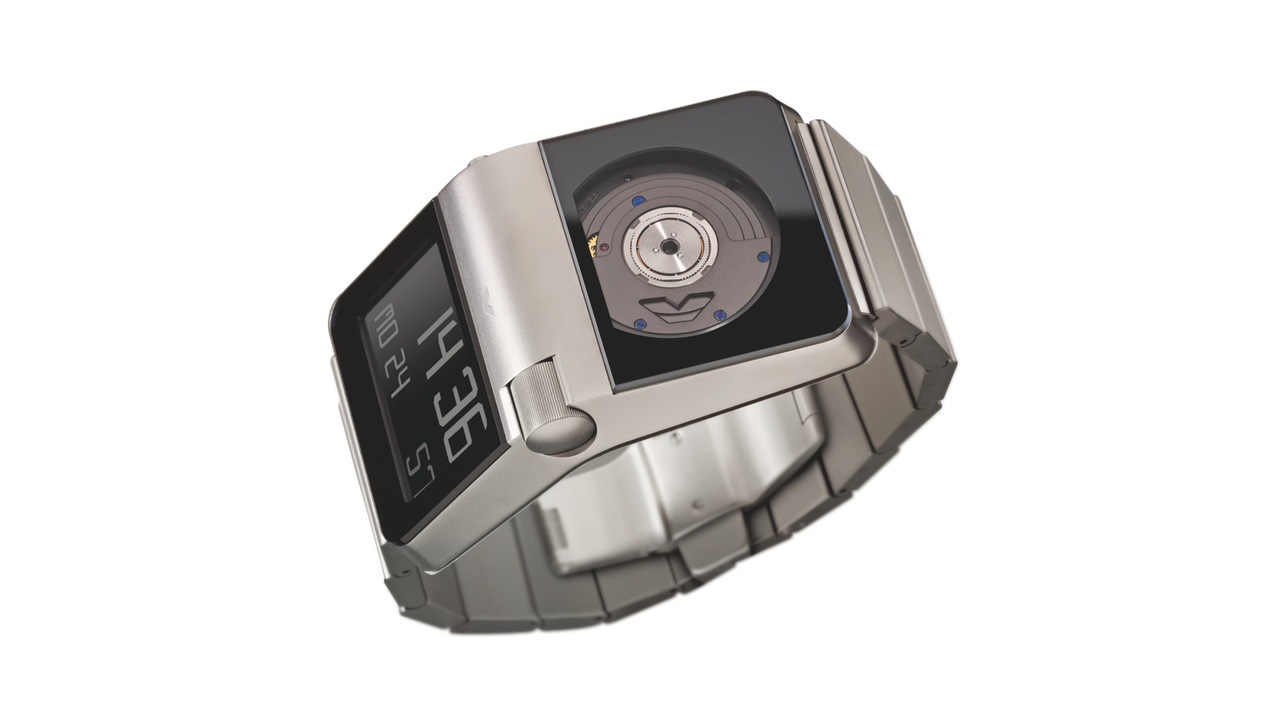 Ventura invented the Automatic Digital Watch in 2000. The movements of the wrist activate a rotary mass which relays the momentum to a micro-generator; the electric energy gained in the process continuously feeds an optoelectronic time-module.

The Micro-Generator-System of the new SPARC MGS was developed to achieve maximum performance. Placing the MGS side-by-side next to the time-device enabled a larger and heavier oscillating mass. This array also permits the viewing of the mechanism from the top, giving the SPARC MGS its characteristic appearance. The miniature power-station sustains a state-of-the-art micro-processor and a 250-segments 12-digit liquid-crystal display. The latest operating system EasySkroll v.2.0 allows later upgrades, another first in wristwatches. The multiple functions of the SPARC MGS are intuitively operated by a single scroller.