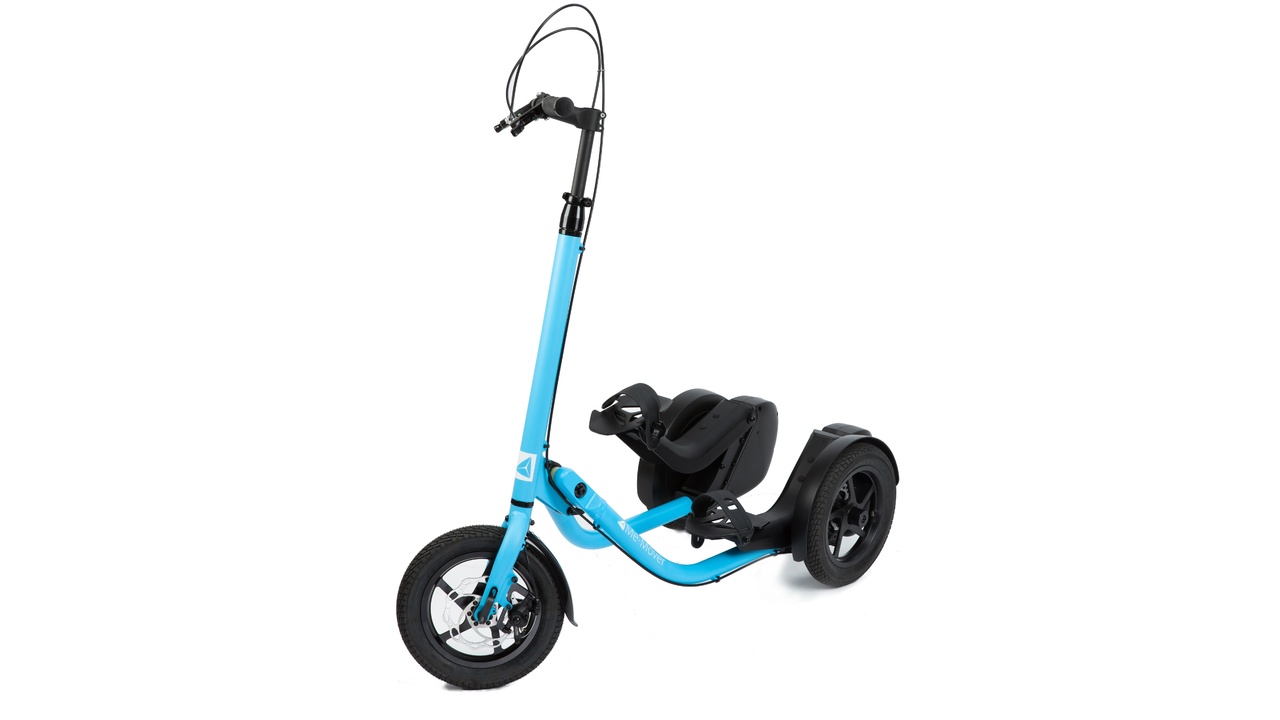 Ride the City Under Your Own Power With the Me-Mover

The Me-Mover, an entirely new way to ride the city under your own power, has being launched worldwide today. Me-Mover is available for pre order via Kickstarter and has 30 days to go in order to reach their goal of $100,000. With $79,519 already pledged, Me-Mover should be fully funded within a matter of days.

"Think of it as a human-powered Segway," explains inventor, Jonas Eliasson. The Me-Mover is a trendy new way to commute or just enjoy the environment around you.

Like a streamlined step machine on wheels, the Me-Mover allows people to ride in a natural, standing position, simply by stepping forwards. "Since you ride standing," says Eliasson, “you can see further, and ride safer."

Improved safety is just one goal of this Danish design team. Tests of their new three-wheel vehicle confirm other benefits; better posture, exercise, steering and balance. "The city is not built for being active and mobile " says Eliasson, "so we designed Me-Mover to solve that."

To put their ideas to the ultimate test, the design team decided to try out all their prototypes in Copenhagen. For Eliasson, the choice was obvious: "We knew if we could win over the global cycling capital, we could take on the world," he said. Five years later, that is exactly what they are doing, offering their invention through the crowdfunding platform, Kickstarter. One person who has already ordered twenty of the sleek new vehicles is Søren Herlev Jørgensen, CEO of tour company, BeCopenhagen. "Our tourists have tried other vehicles," explains Jørgensen, "and they tell us Me-Mover is the best way to know the city. It can fly along with the cyclists, but it is the only vehicle that also lets them go as slow as pedestrians. For visitors who want choice – to stop, talk to people, smell the flowers, shop the farmer's market­– Me-Mover is the way to go."

In Denmark, the growing buzz about Me-Mover shows that tourists are not the only ones who want more choice, and pleasure, in moving around the city. "Me-Mover outwits all the obstacles that get in the way of active mobility," says inventor Eliasson. The proof? Here in Copenhagen, the Me-Mover is getting some Danes out of their cars, gyms, and off their bikes – even in the world's cycling capital.