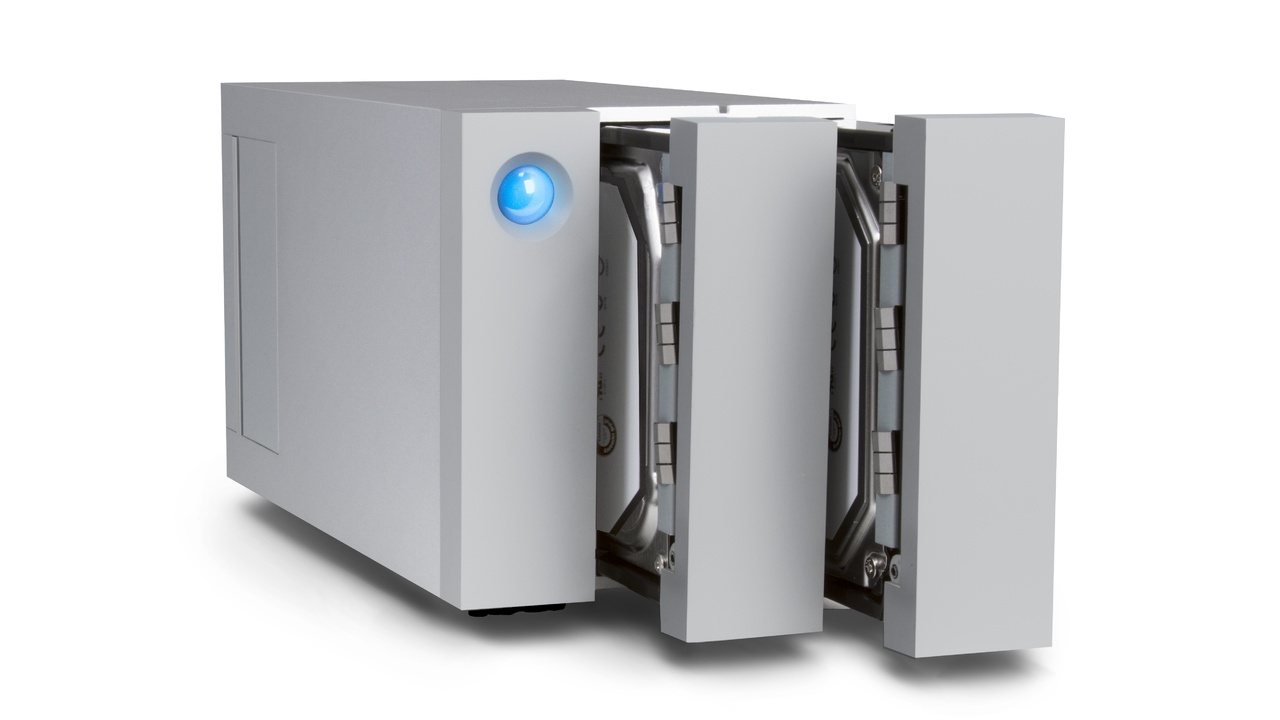 LaCie has debuted at the 2014 NAB Show its latest 2big with a host of features including Thunderbolt 2 technology, hardware RAID and a new industrial design. Speeds of up to 420MB/s along with two 6TB 7200RPM hard disks from Seagate make the new LaCie 2big the fastest, highest capacity dual-bay external storage solution on the market. Plus, its all-new industrial design sets a new standard for versatility and reliability.

"The LaCie 2big is a crucial part of improving my photography workflow," said photographer Seth Resnick. "The significant increase in Thunderbolt speed allows me to reduce the time it takes to import and edit images. As the size of my data increases, speed becomes more and more of a necessity – and not an option. The LaCie 2big’s speed and reliability make it an ideal storage solution for creative professionals."

Hardware Raid
The LaCie 2big’s range of RAID modes gives users the flexibility to tailor the product to their needs. RAID 0** maximizes speed and capacity, while RAID 1 provides data protection if one disk fails. With hot-swappable disks, users can simply replace a disk – from the front – with zero data loss and no work interruption. The LaCie 2big even features JBOD, so users can see and work with each disk independently.

Innovative Design
When reengineering the 2big’s industrial design from the ground up, LaCie, along with industrial designer Neil Poulton, focused on usability for professionals. Accessing disks from the front makes it faster and easier to remove and replace them. And front-facing disk status LEDs let busy professional easily keep track of disk health and RAID build status. The redesigned cooling system effectively diverts heat from components, ensuring long-term reliability. The ultra-quiet Noctua NF-A6x25 FLX thermoregulated fan keeps the product cool, while producing nearly no noise. Additionally, integrated cable locks prevent accidental disconnection of the interface and power cables without compromising the look and design of the product.

"I designed the new LaCie 2big as pure desktop architecture – a deceptively simple aesthetic to house the highest tech on the market," said award-winning industrial designer Neil Poulton. "Like a marble Carlo Scarpa staircase, the details are precise and honed. The new LaCie 2big is a Bauhaus building for your desk. On rubber treads."

Versatility for Pro Environments
With USB 3.0 and Thunderbolt 2 interfaces, the LaCie 2big gets the best possible speeds on any late-model PC or Mac. USB 3.0 backward compatibility means that users can connect the LaCie 2big to any standard computer. With support for exFAT and hardware RAID, users can seamlessly connect the product to both PC and Mac computers while maintaining the RAID configuration.

Thunderbolt 2 continues to support daisy chaining up to six devices to a computer via a single cable (included in the box). This means that professionals can daisy chain up to five LaCie 2bigs plus a 4K display to a computer, bringing capacity, speed and convenience to the desktop. Thunderbolt 2 is also backward compatible and uses the same cables and connectors as first-generation Thunderbolt devices and computers.