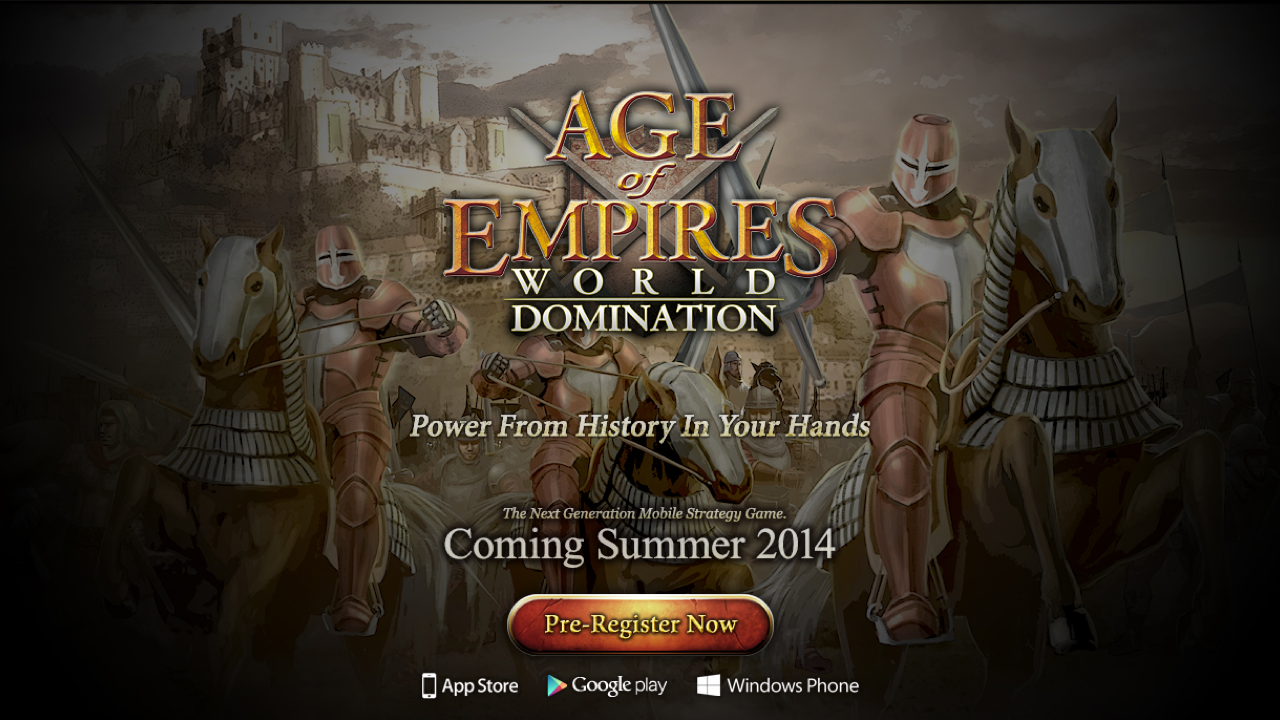 Age of Empires: World Domination is new game set to launch on iOS, Android, and Windows Phone this summer.

Age of Empires: World Domination expands the award-winning Age of Empires series by building an intuitive, yet deep, mobile strategy game. In the game, players create an empire by commanding all-time favorite heroes and civilizations. Players will also experience intense battles that allow them to deploy advanced tactics with simple and intuitive touch gestures.

Users can register to receive early updates and access to exclusive information about Age of Empires: World Domination on the official site linked below. KLab will provide a first look at the game during Penny Arcade Expo East (PAX East) 2014 in Boston, MA.

Power of the World Within Your Grasp
Deploy advanced tactics in battle with simple & intuitive touch gestures. Lead your troops with a revolutionary battle system just for mobile!

A New Online Mobile Gaming Experience
Challenge other players or team up with friends and conquer the world.

Dominate the World with Armies from the Greatest Empires!
With over 100 legendary heroes to choose from, create your ultimate battle unit with distinct troop types! Create your own empire with structures from history's greatest civilizations.