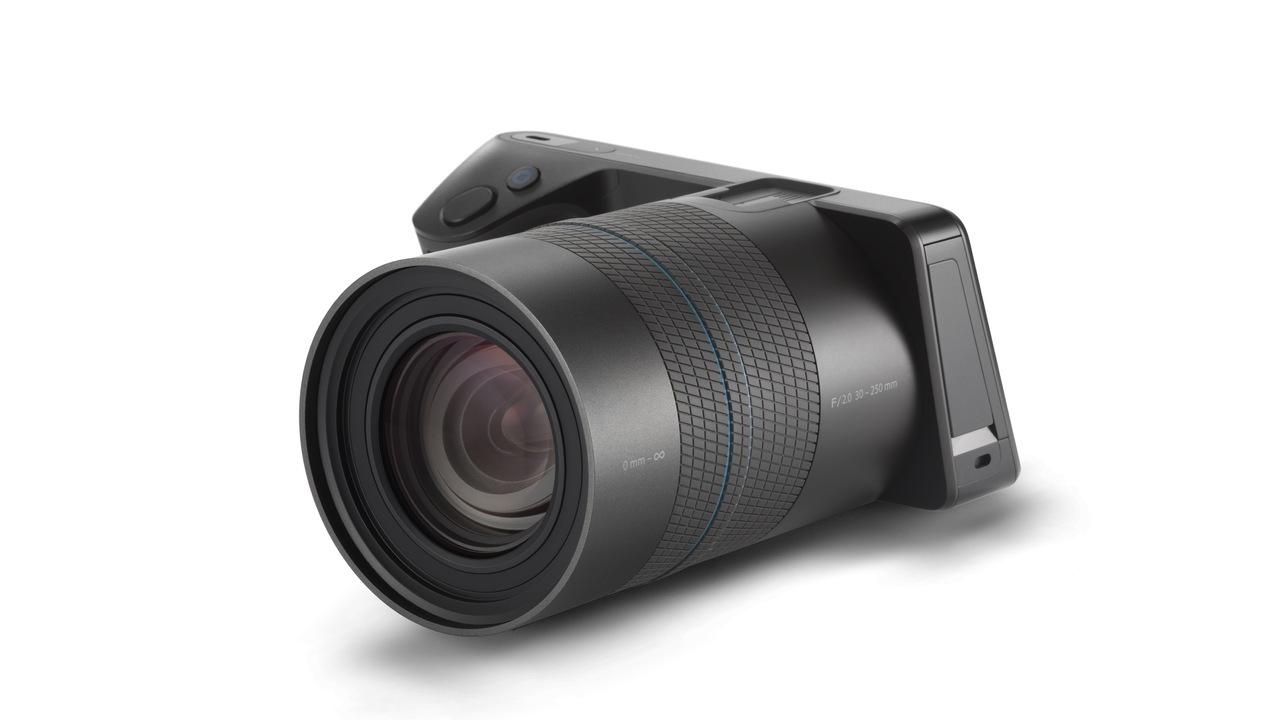 Lytro has revealed its powerful vision for the future of photography with the unveiling of the Lytro Illum, Lytro's first new hardware since the original Lytro Light Field Camera launched more than two years ago. The Lytro Illum is a light field camera and software platform designed to redefine the way people portray the world around them. Built to harness the full power of the light field, the professional-grade Lytro Illum will give photographers a new medium capable of capturing visual experiences in their purest form — not as a static cross-section of reality but an authentic, interactive window into their world.

The camera paves the way for an immersive brand of storytelling in which images can be brought to life in multiple dimensions through Light Field Photography — a transformative new category that empowers artistic creation and expression beyond what is possible in the 2D world of digital and film. In capturing the color, intensity and direction of every light ray flowing into the camera, the Lytro Illum provides a massive amount of visual information that allows photographers to recreate sights and scenes on a truly experiential canvas.

"With the Lytro Illum, creative pioneers — ranging from artistic amateurs to experienced professionals — will tap into a new wave of graphical storytelling. Now artist and audience alike can share an equally intimate connection with the imagery, and, in a sense, jointly participate in the magic of its creation," said Lytro CEO Jason Rosenthal. "By combining a novel hardware array with tremendous computational horsepower, this camera opens up unprecedented possibilities to push the boundaries of creativity beyond the limits inherent in digital or film photography." To enable such rich, layered compositions, the Lytro Illum delivers unparalleled optical versatility by merging custom-built hardware with a powerful software platform. The camera offers a 40-megaray light field sensor, 8x optical zoom range, constant f/2.0 aperture and a high-speed shutter capable of freezing motion under a wide variety of conditions. After image capture, the innovative software platform empowers photographers to adjust aspects of images that were previously fixed, such as focus, tilt, perspective shift and depth of field, which allows the photographer to create images that will resonate for the viewer not just in one dimension, but in every dimension.

"My photography style pushes me to look for ways to tell a more compelling story with every image. the Lytro Illum gave me that ability by incorporating an interactive element that captures different visual touch points at every depth," said Kyle Thompson, a Chicago-based photographer known for his surreal conceptual style and one of the early users of the camera. "With the Lytro Illum, I've been able to make a multi-dimensional image with more perspectives to explore."

The Lytro Illum's totally unique photographic experience reflects the technological revolution around virtual reality and 3D graphics as powerful new storytelling formats in the Digital Age. In the hands of creative pioneers, the camera is a catalyst for a transformational shift in which the world will increasingly look for opportunities to craft a more immersive artistic experience.

"Light Field Photography is following the classic pattern for a transformational concept," said Lytro founder Dr. Ren Ng. "The original Lytro camera, which launched in 2012, introduced an entirely new era in photography. The Lytro Illum will advance this movement to a new level. We are very excited by the potential of this camera to ignite a photography revolution on the magnitude of the transformation from film to digital."

In addition to enabling post-capture image adjustments, the Lytro Illum's proprietary software platform enables users to view images in 3D, build custom animations, export images into common formats like JPEG and share to the Web or mobile devices. The Lytro Illum's workflow is also compatible with existing photo-editing suites like Adobe's Photoshop and Lightroom software and Apple's Aperture software, allowing creative pioneers to use the tools they already know and love. As part of the launch, Lytro is offering a variety of exclusive opportunities to those who pre-order the camera before July 15. In addition to receiving a specially- engraved Lytro Illum for a special introductory price of $1,499 and an extended two-year warranty, they'll be eligible to join an inner circle of Lytro users with insider access to product development insight and support. Even after the product ships, this nucleus of early adopters will continue to receive ground-floor insight and training from the Lytro team, with opportunities to contribute to exclusive developmental projects.

As part of their status as early adopters, individuals who pre-order will have the opportunity to submit their own photo series to earn a spot in the Ultimate Lytro Photo Experience — a once-in-a-lifetime trip to shoot alongside a prominent photographer on an all-expense paid photo shoot. The Lytro team and this pro photographer partner will be on hand to provide high-caliber, hands-on training and practice for getting the most out of Lytro Illum. As the larger photography community gets acquainted with this new style of digital art, these early adopters will have an inside edge on techniques for producing cutting-edge Light Field Photography.