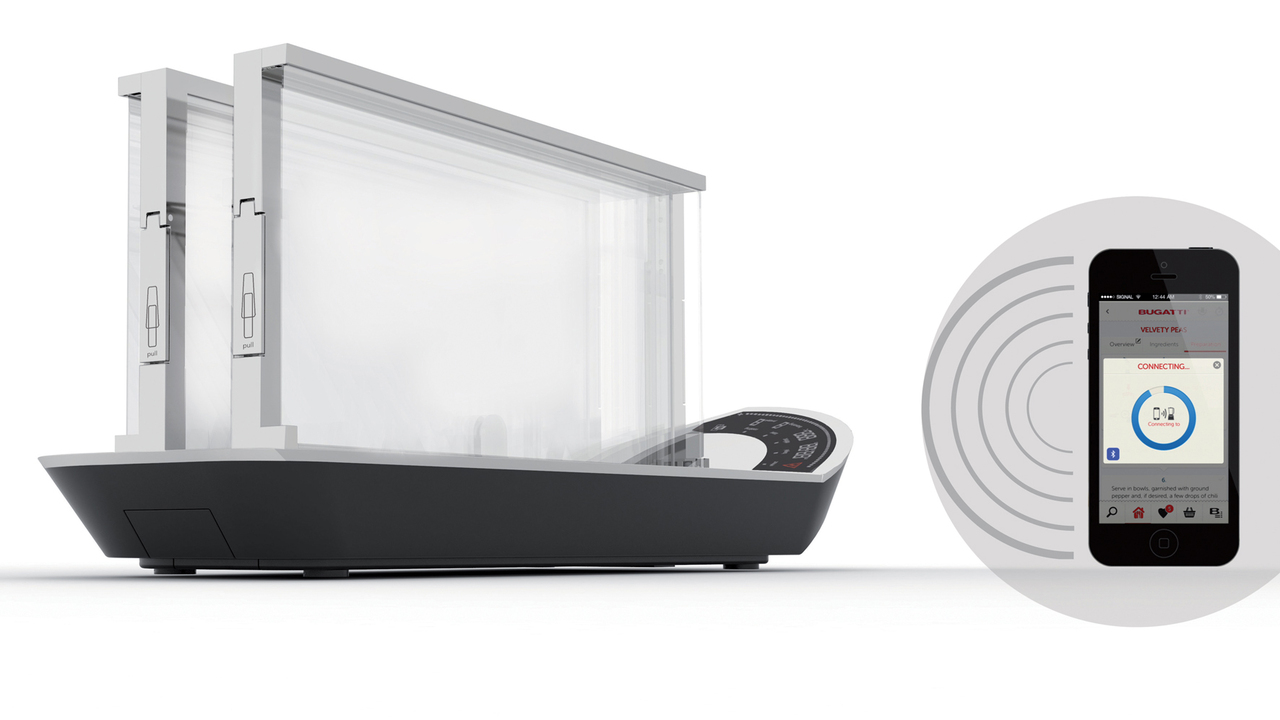 A perfect mix of aesthetics, technology and performance, its FIR Far Infrared technology provides the high temperatures needed to cook food placed directly onto the transparent surface, such as bread, meat, fish orvegetables, with reduced cooking times thanks to the variable cooking temperature. 80 seconds is all it takes to reach 300 degrees at 1400 Watts.

Features:
● Toast is ready in just 50 seconds.
● A proximity touch screen control panel lets you operate the device: power on, and functions for heating bagels, defrosting, toasting, toast browning level, and cooking, with temperatures from 100 to 300 degrees.
● Cooked food can be easily removed from the transparent surface thanks to an automatic elevator.
● The elements have an aperture that varies from 8mm. to 35mm. and are easily removed for cleaning, and there's also a crumb collection tray.
● The B Chef app lets you interact with the Noun using digital devices and share your cooking skills.