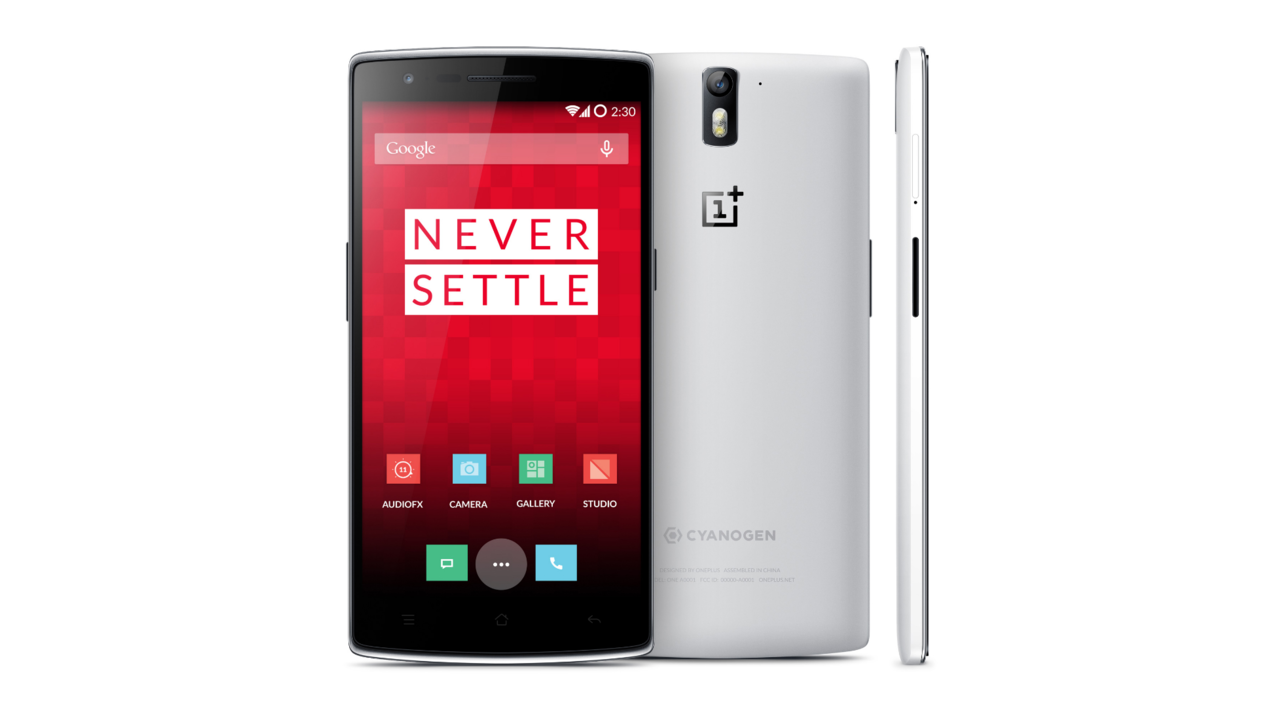 Today OnePlus finally unveiled its first Android handset, the highly anticipated CyanogenMod-based OnePlus One. The device will be even cheaper than customers expect, retailing for either $299 (the 16GB version) or $349 (the 64GB version), and should be available in the near future in 16 markets.

The phone “was designed to be beautiful, timeless and comfortable in the hand,” the company says. “Embracing this design language, the One features subtle curves, sleek lines and a slightly raised, jet-black display. Even the smallest details belong uniquely to OnePlus, from the custom cut and engineered PCB boards to the specially designed battery and dyed inner casing. Each component is meticulously aligned and adorned with a OnePlus logo for a gorgeous device inside and out. Measuring only 8.9mm thick, the OnePlus One is ergonomic and easy to grip, with a tapered edge of just 4.6mm.”

The phone will offer some unique software features as well, including always-on voice commands and support for gestures shortcuts which will let users simply draw a pre-set gesture on the turned off screen to launch a certain app. As previously teased, the phone will let users choose between on-screen and capacitive navigation buttons.

The OnePlus One is running a special CyanogenMod 11S version, based on Android 4.4 KitKat, which will offer various new features including advanced Camera and Gallery apps, as well as features to better guard your privacy, including SMS encryption between CyanogenMod devices (or devices using TextSecure) and Privacy Guard, which lets users control how apps use their data.

The first 100 OnePlus Ones will be available starting April 25 through the company’s Smash promotion: users can apply to smash their existing phones in exchange for a One handset, which will cost just $1. Additionally, they’ll also receive OnePlus One purchase invitations for their friends. Interested buyers who will receive invites to buy the handset will be able to purchase it in mid to late May.

Initially, the phone will come in two options, including Silk White and Sandstone Black, with additional StyleSwap covers to be launched later this year. Pricing details for the StyleSwap covers aren’t available at this time.