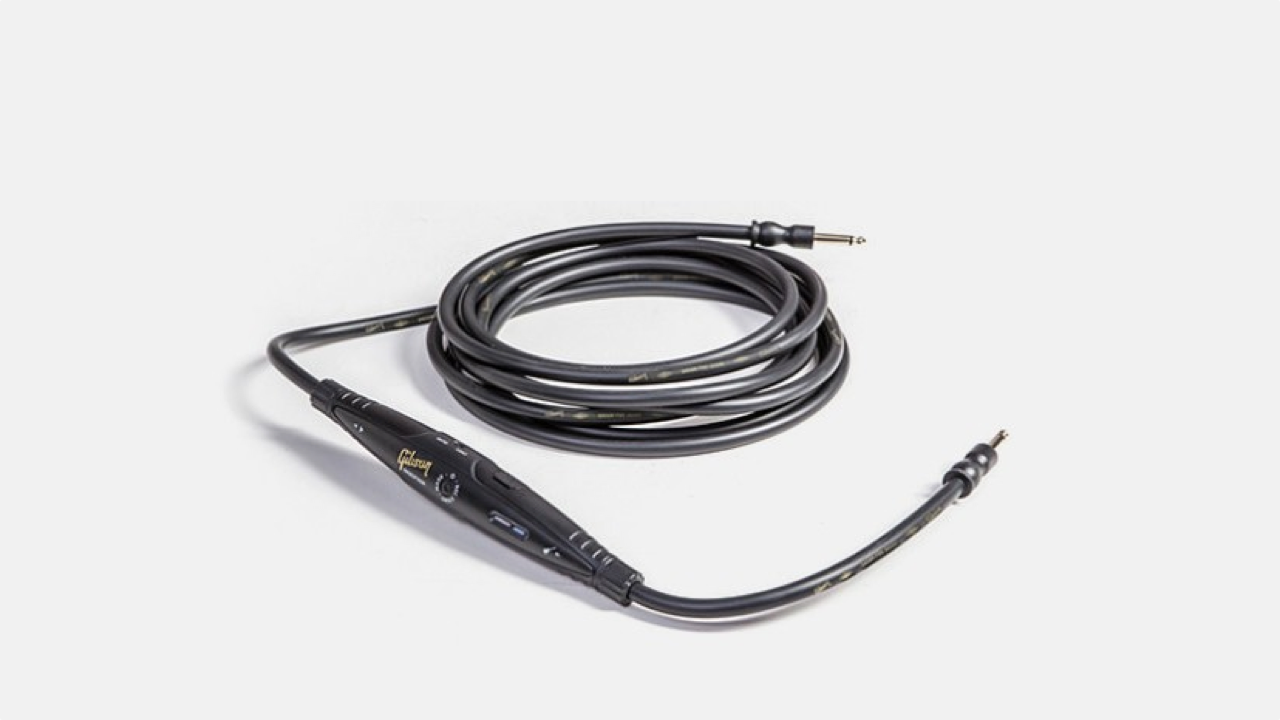 Gibson has launched the first-of-its-kind Memory Cable, which ensures musicians and songwriters never miss a brilliant creative moment again. With its built-in, super-compact recorder (designed by TASCAM), the Memory Cable is a premium-quality instrument cable for guitar, bass, or keyboard that literally remembers everything the musician plays.

Boasting uncompressed CD-quality 44.1kHz/16-bit resolution and recording for up to 10 hours with the included 4GB Micro SD card (expandable for more time), the high-quality audio is ideal for transferring to computer-based multi-track recording programs. Whether for songwriters whose next inspiration might be the next top 10 hit or garage warriors who simply don’t want to lose a great riff, the Memory Cable doesn’t even need to be plugged it to an amp—it can simply plug in to a guitar, bass, or keyboard for instant recording.

Henry Juszkiewicz, chairman and CEO of Gibson Brands said, “We are delighted to launch our new Gibson Brands memory cable in partnership with TASCAM. Gibson is always striving to create a better experience for our customers, so I am personally very excited about the Memory Cable’s ability to help musicians capture their brilliant creative moments—and never lose a great musical idea again.”

The Memory Cable can even plug into a PA mixer’s output to record rehearsals, is the perfect “re-amping” solution, and can record practicing for later analysis. The ultra-simple user interface doesn’t interfere with the creative flow, and the WAV file format is compatible with Mac, Windows, iOS and Android.

Songwriting
Memory Cable doesn’t have to be plugged into an amp—just plug into a guitar, bass, or keyboard, and start recording.

It's a Cable
Memory Cable uses premium cable for pristine sound, and doesn’t even need power to work as a conventional cable.

Record Rehearsals
Plug into the output of your PA mixer to record your rehearsals.

Computer Recording "Insurance"
Patch your guitar to a computer’s audio interface through the Memory Cable—if you forget to record-enable a track, think an earlier take was better, or the computer crashes, your performance will still be safely tucked away in the Memory Cable.