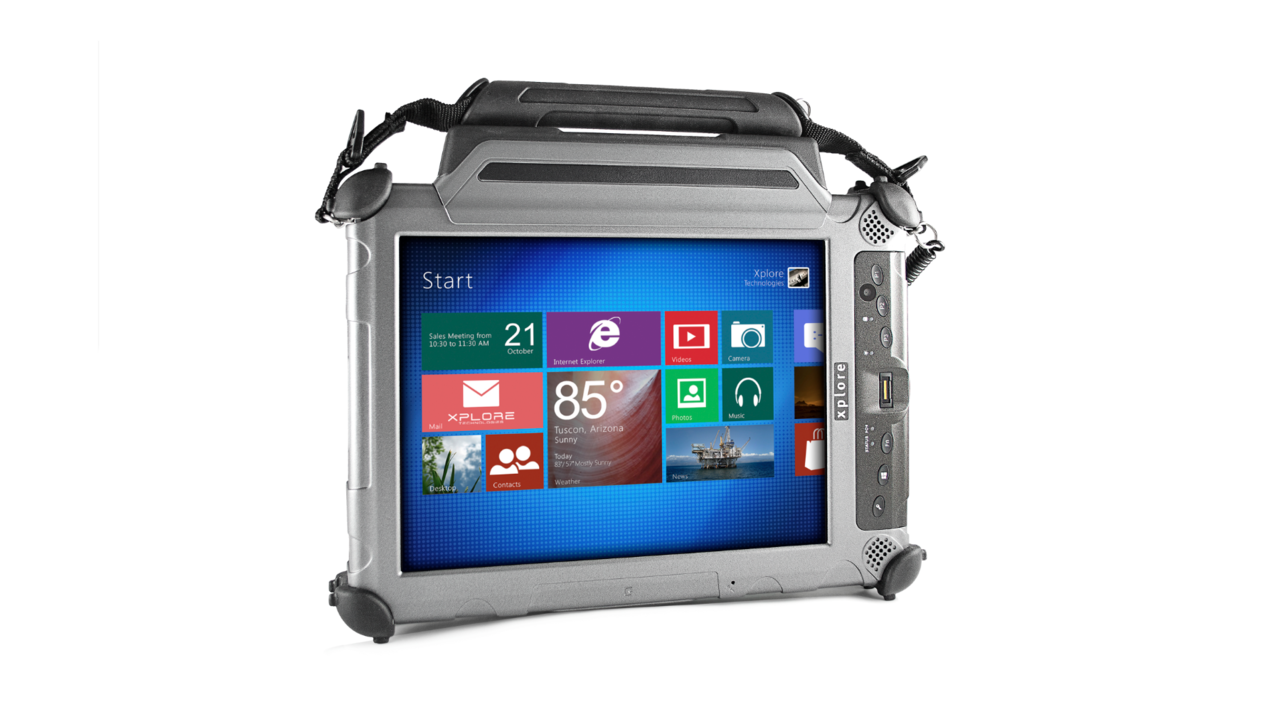 Xplore Technologies a company that manufacturers rugged and ultra-rugged tablets, has announced the XC6 series, the most rugged and highest performing tablet in the industry. The tablet significantly upgrades Xplore’s iX104 ultra-rugged tablet series, with double the performance speeds, a 30 percent increase in sunlight-readability, an innovative rugged multi-touch display and a full Windows 8.1 or Windows 7 Pro operating system.

“The XC6 is the toughest and highest performance product Xplore has ever developed. It will perform very well in environments where device failure is not an option,” said Mark Holleran, president and chief operating officer for Xplore Technologies. “No matter if it’s the middle of the desert or in freezing rain, this tablet is going to excel in extreme conditions, resulting in a longer lifecycle and higher return on investment for our customers.”

Third-party tested to the highest rugged standards, the XC6 goes beyond typical industry MIL-STD-810G rugged testing requirements to boast a seven-foot drop rating. Certified water and dust proof, the XC6 is equipped with a fourth generation Intel Core i5 processor, 4G LTE communications capabilities, offers up to 256 gigabytes of configurable solid state storage and lasts even longer in the field with a 30 percent increase in battery life.

“While we expand our product offerings, we will continue to maintain our leadership position as the manufacturer of the most rugged tablets by continuing to deliver the latest in ultra-rugged tablet technology,” said Philip S. Sassower, chairman and chief executive officer for Xplore. “Tapping into more than 15 years of experience, we continue to develop the most advanced mobile computing solutions for industries operating in the toughest environments.”

Xplore Technologies’ XC6 series can be configured for a variety of applications and industries, such as military operations, oil and gas (including hazardous, explosion-prone locations), utilities, transportation, construction, warehousing and distribution applications and any other industries that operate in harsh environments.