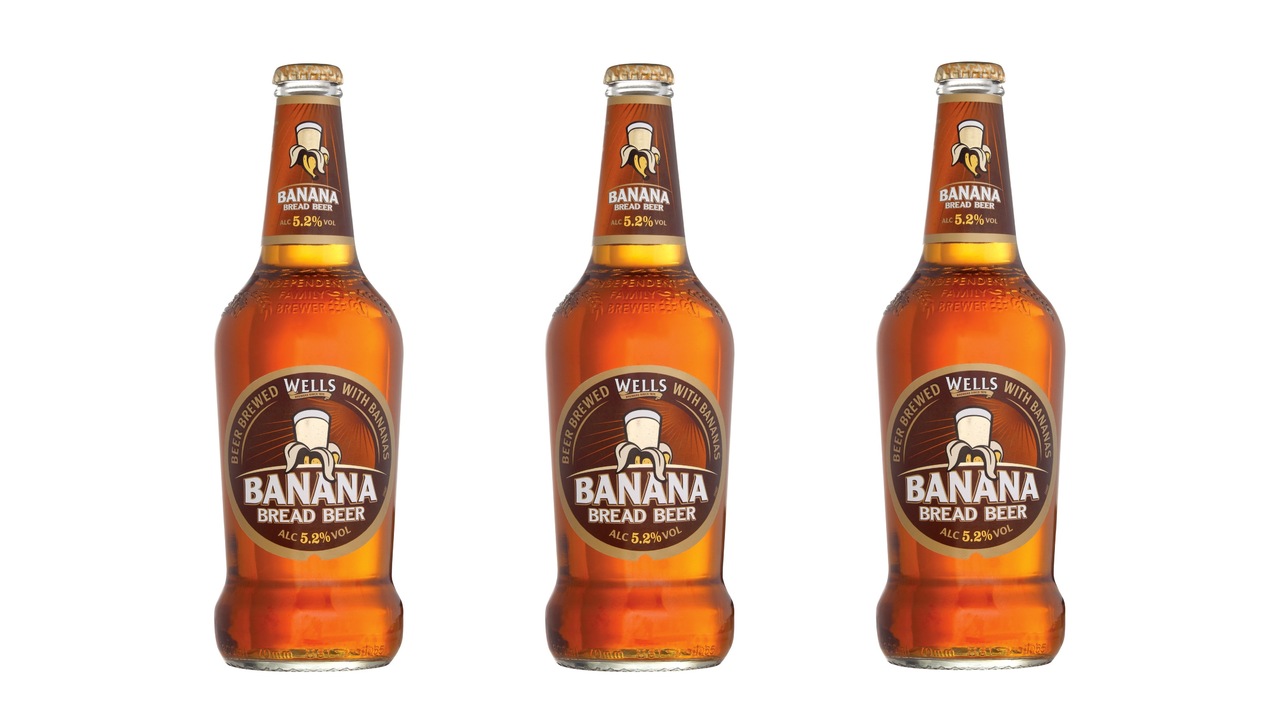 Wells and Young's unique Banana Bread Beer combines all the traditional qualities and style of a Charles Wells beer with the subtle flavour of banana. Wells Banana Bread Beer is a popular beer in the Wells and Young’s range of ales. The beer has achieved a number of accolades including winner of "Beer of the Festival" award at CAMRA's London Drinker Festival in March 2002.

Wells & Young’s Brewing Company is the epitome of all-round business excellence, demonstrating sustained growth for its beers and stockists whilst combining traditional family values with innovation and development. Firmly placed as the UK’s largest private brewing company, it is fiercely independent, and with an enviable portfolio of some of the UK’s most loved cask beers and speciality lager brands.

Available as a draught seasonal cask beer, Wells Banana Bread Beer can be found at the bar and in its popular bottle format, in all leading supermarkets in the UK.