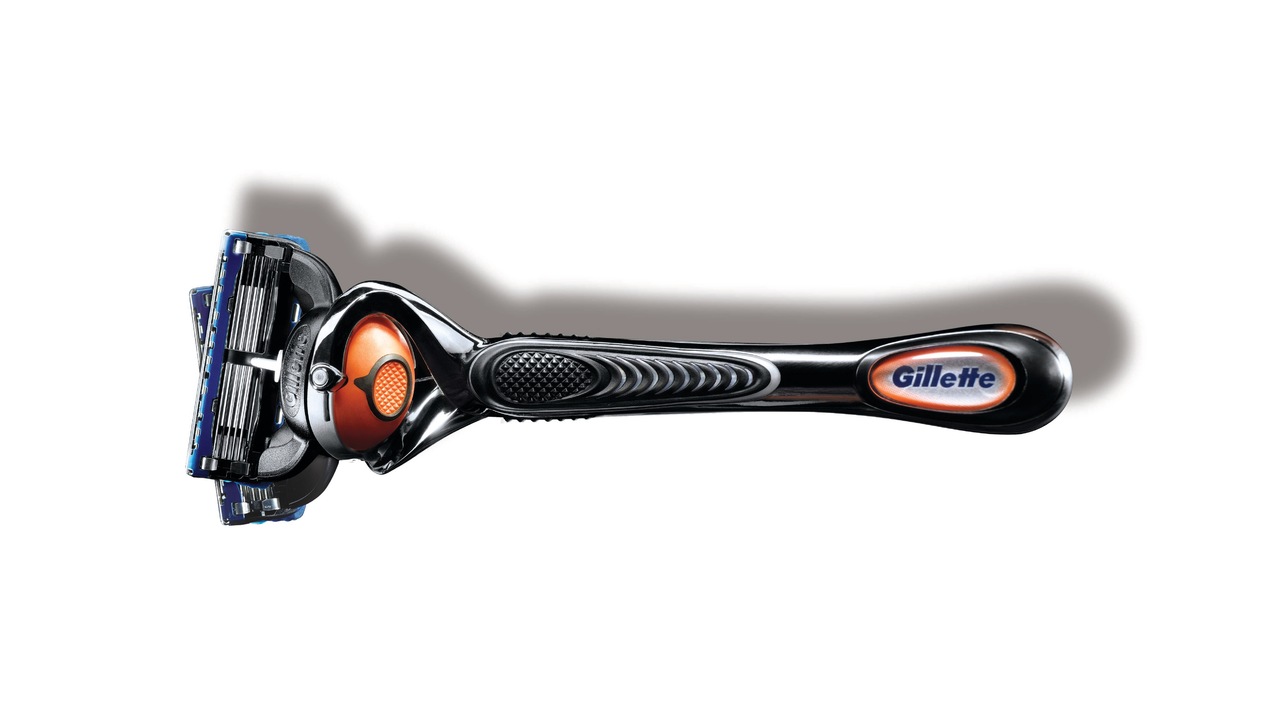 While Gillette’s blades will remain straight and thin and sharp, the new Fusion ProGlide with FlexBall Technology is making its debut as the handle that moves, adjusts and pivots to meet a man’s face. It will change the face of shaving by allowing each cartridge to ride the facial contours for more constant contact before it to help get virtually every hair – a top shaving need cited by 8 out of 10 men.

Truly a new dimension in maneuverability, FlexBall Technology builds on an innovation that Gillette brought to shaving in 1977 with the first ever razor pivot. Though only two-dimensional, that Atra pivot became the standard for all Gillette razors – and the category. FlexBall Technology now adds a crucial third dimension to match a man’s face which is decidedly 3D and hosts an average of 25,000 hairs to trim. The result is a greater range of motion for closer contact than previous Fusion products to get each of those hairs whether they’re growing over a rounded cheek or hugging the tricky topography of the chin. Gillette’s pre-release testing shows that current ProGlide users preferred the new shaving experience 2-to-1 over the standard Fusion ProGlide.

“For more than a century, since King C. Gillette introduced the very first safety razor in 1901, Gillette has revolutionized the way the world shaves, fusing state-of-the-art engineering with precision manufacturing,” said Patrice Louvet, group president of Global Grooming and Shave Care. “Gillette invented the original pivot, and with FlexBall Technology, we’ve once again changed the shaving experience. The Fusion ProGlide with FlexBall Technology is truly shaving rebuilt to deliver the best a man can get.”