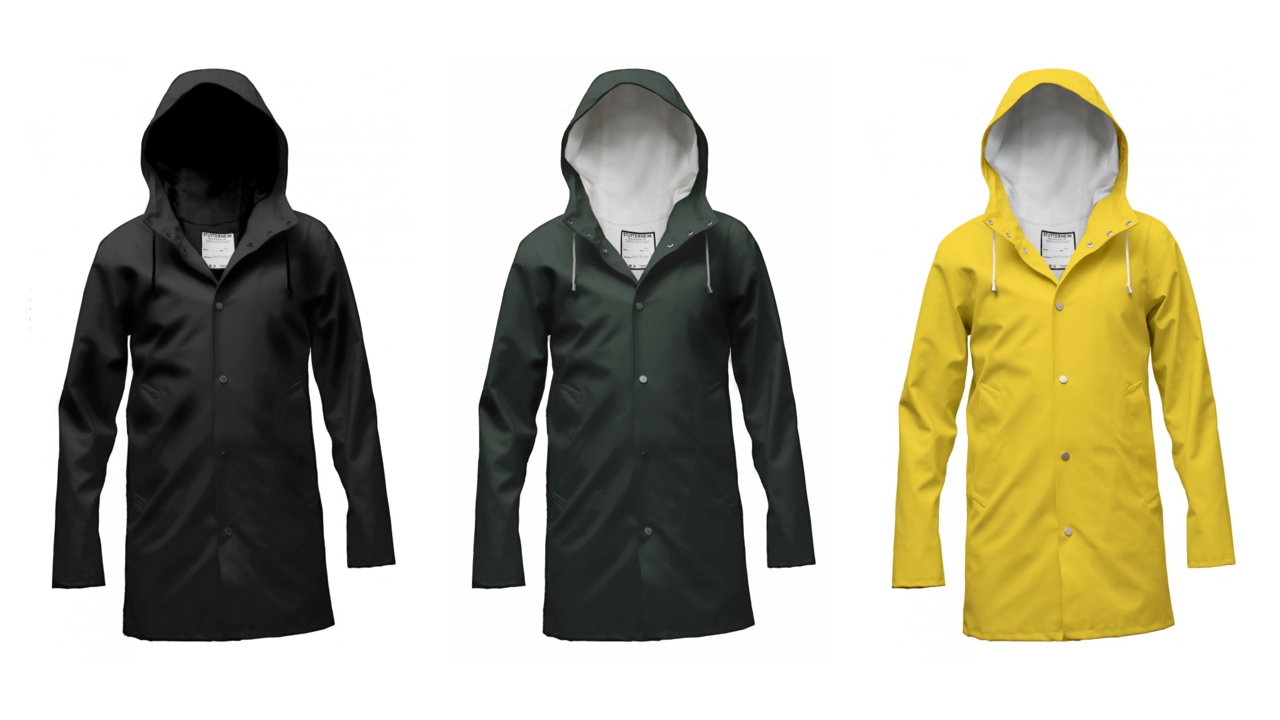 Everybody loves a story and Alexander Stutterheim has built his line of rain coats around his family story. In particular, the story of his grandfather.

Alexander, the visionist behind Stutterheim Raincoats was inspired by his grandfather's old rain coat when he discovered it in an abandoned barn. Finding the rain coat brought back old memories and instantly made him want to wear it. Alexander imagined it in an updated contemporary version.

After buying a piece of oilcloth, Alexander cut out a design using the old coat as a pattern. And there it was, after some improvements the 60‘s raincoat from the archipelago was updated to fit for a modern look. Stutterheim Raincoats are designed to be worn out in the countryside, at sea or just when strolling around the city. Being well-dressed even in bad weather conditions is now possible.

Using the the finest craftsmanship, materials and details, the Arholma is a state of the art version of the traditional raincoat worn by generations of Swedish fishermen (and the occasional genius film director). It is hand sewn at Stutterheim's factory in Europe by one of their skilled seamstresses. To meet their high standards and to guarantee that every coat is 100% wind and water proof, every single seam is carefully sealed with tape. Finally, each coat is individually controlled, numbered and signed by the seamstress who sewed it.

Alexander has ensured that his grandfather’s old rain coat will become a hand-me-down for us all.

Grön (Green) This is Stutterheim's brand new colour with a very special story. Alexander's granddad drove a Jaguar in British racing green back in the 60’s, so this is a tribute to his old car, but also to the forest on the Island Arholma, where they love to take a stroll as often as they can. It has silver buttons and a white lining in the very best cotton.

Gul (Yellow) The inspiration for this exact nuance is from an old oil lamp found in barn but also from Alexander's grandpa's coat. It´s a classic yellow nuance but with a twist, as always with us. The few that have seen it say they actually felt happier when they wore this bold yellow coat in the rain. A truly antidepressant colour.

Svart (Black) The the original colour of the Arholma. The very first 200 coats they produced were in black. Arholma Svart is in matte black rubber with buttons in black copper, black cotton lining and black stripes. When the rain hits the fabric it makes amazingly shiny patterns and streams.

Vit (White) The Arholma Vit has the original dusty white nuance, with silver buttons and a concrete grey lining in the very best cotton. It has become really popular and many say it looks even better after it has been used a couple of months without washing – the patina really makes this coat to a nice companion when it gets dark and dreary.