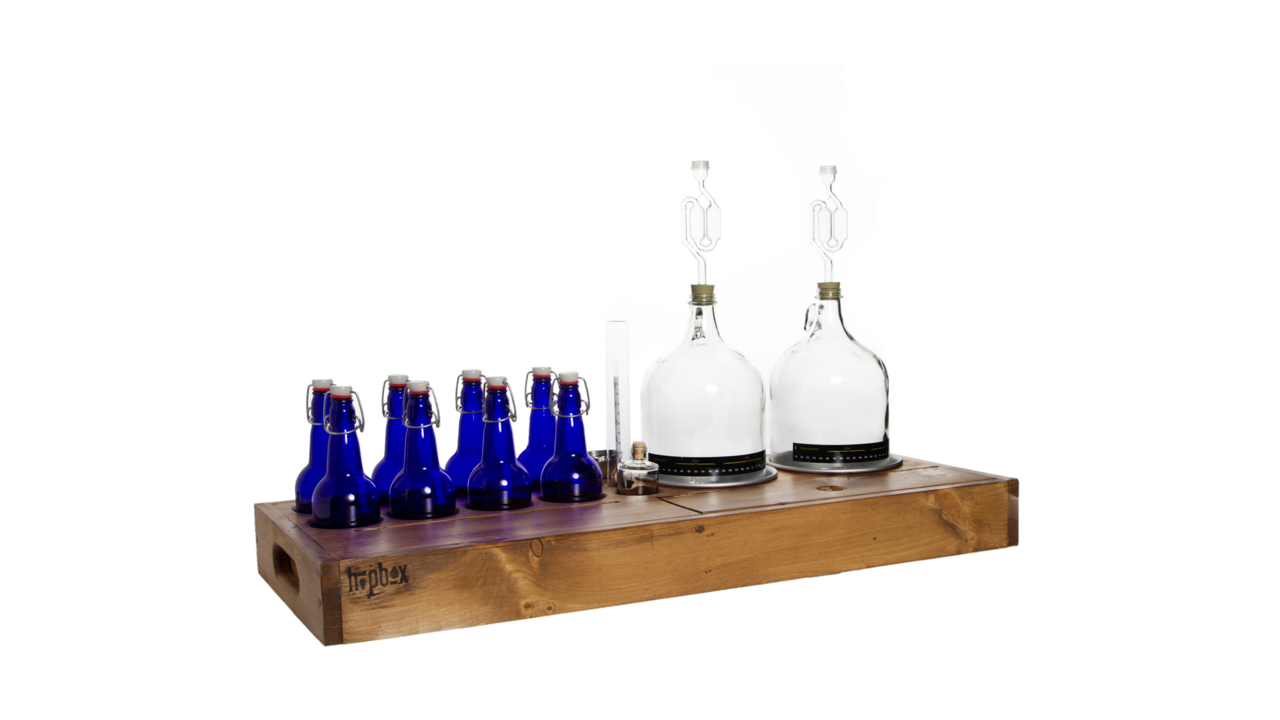 HopBox, a company that designs, manufacturers, and distributes handmade homebrewing kits, has launched a $45,000 Kickstarter campaign. Running from May 1 through May 31, the funds raised will help to move the small business beyond its shared contracting space in Somerville to one with its own equipment and room to grow somewhere in the greater Boston area.

It is no surprise that brewing beer can be a bulky and unappealing process. With large plastic pails, tubing, and often a variety of recycled bottles, most homebrewers choose to keep their equipment behind closed doors whenever possible. With a number of online sales already in the books, HopBox is reversing that trend, giving homebrewing equipment a much needed makeover. And its crowdfunding campaign is poised to only catalyze those efforts.

HopBox’s kits are handcrafted from rustic pine and aromatic cedar. Each includes a fermenting jug, bottles, tubing, ingredients, a recipe book, and more, providing a homebrewer with everything needed to make a small batch of beer. They are tailored toward experienced and inexperienced homebrewers alike, and are offered in various sizes, with options for brewing from one gallon to up to three at once.

According to Michael Langone, Newton-native and founder of HopBox, “As a homebrewer who’s dealt with plastic pails and old bottles in the past, I wanted to create something that people would actually want to keep out on display, whether they were using it or not. HopBox is a cool, more stylish alternative to those kits most homebrewers buy at retail chains.”

In September 2013, Langone chose to quit his day job and turn his skills as both an architect and a woodworker into a full-time gig. With positive reception from publications such as Popular Mechanics and Uncrate, he decided it was time to take his idea to the next level by launching a crowdfunding campaign.

“Funding from Kickstarter has catapulted so many great businesses forward by leaps and bounds,” he said. “In 2014, it’s a no-brainer to put this product we believe in up there and accelerate its movement into the homebrewing community.”

The aggressive goal of $45,000 is accompanied by numerous rewards for backers, from pint glasses and discounted homebrewing kits to more inventive ones such as the chance to design a craft beer that will go into a recipe book and even the opportunity to brew a batch of beer with the HopBox team in a backer’s own home.