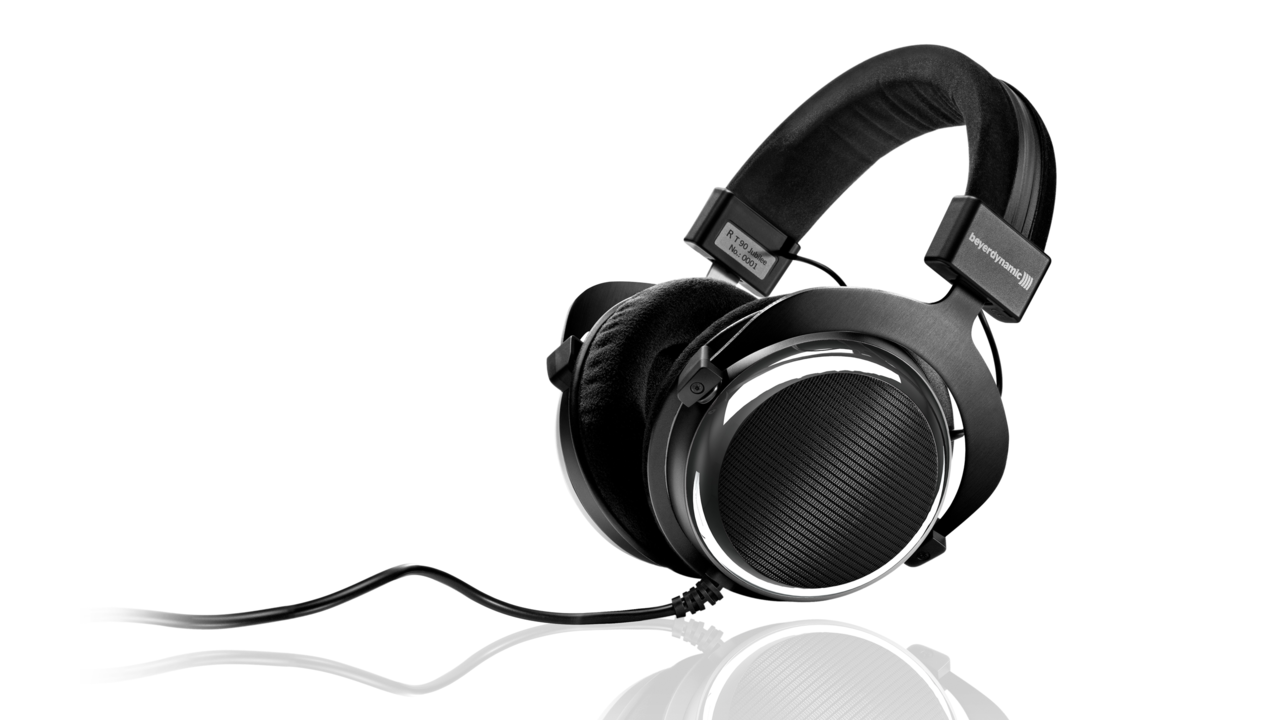 Beyerdynamic has good reason to celebrate - this year, the Heilbronn-based audio specialist celebrates its 90th anniversary. This has provided the perfect opportunity for the company to present a very special headphone at the High End audio show in Munich: the T 90 Jubilee. This special edition of the premium T 90 model, which is limited to only 1,000 units, reflects the anniversary in ways other than its name – being the result of decades of experience in audio development and hand craftsmanship in Germany.

The Jubilee features the same exclusive Tesla technology that has already won universal industry acclaim for earlier models in the series. According to the press, beyerdynamic has made “a major leap forwards” with this technology, and has achieved an “impressive combination of precision, musical enjoyment, superiority and breezy nonchalance” with the T 90.

Dazzling Design in Midnight Black
The premium quality of the T 90 Jubilee is accentuated by its particularly elegant design: The majority of components are in black, including the acoustically transparent Swiss tulle covering the back of the ear cups, the silky-soft ear pads and solid anodisded aluminium yokes. This is starkly contrasted by the two polished chrome-plated surrounding the ear cups. The limited edition high-end headphones are supplied with an elegant, fabric-covered hard case for storage and transport purposes. This robust case protects the T 90 Jubilee from dust and knocks, and is easily opened and closed using the circumferential zip.

Open Design Lets the Sound Breathe
Like the basis model, the Jubilee also features open-back ear cups. Instead of completely isolating the wearer from the outside world, it feels as though the sound is flowing freely through the room. The T 90 combines the neutral and analytical sound of the Tesla transducer with spatial and dynamic balance, creating a unique auditory experience.
This is best demonstrated using binaural sound recordings, which use two spatially aligned microphones, instead of the traditional multi-channel mix. To make a binaural recording, two microphone capsules for the right and left channels are embedded in the ears of an artificial head, known as a dummy head, or Kunstkopf. These emulate the transmission-characteristics of a real human head.

If you listen to such binaural recordings with the Jubilee, you will forget you are even wearing headphones – the spatial impression is so authentic. The listener is able to perceive the directionality and room acoustics of the original studio or concert hall, hearing precisely where the instruments and voices are coming from, providing an immersive listening experience as though the music were playing on an invisible stage.

Bonus CD with Binaural Reference Recordings
To give customers the chance to experience this amazing effect directly for themselves, beyerdynamic includes an audio CD from Chesky Records with every T 90 Jubilee purchased. The New York-based label specialises in audiophile recordings and, in addition to test signals, the sampler includes a host of binaural sound examples – from groovy funk music to Mozart’s Ave Verum to Bach’s organ classic Toccata and Fugue.