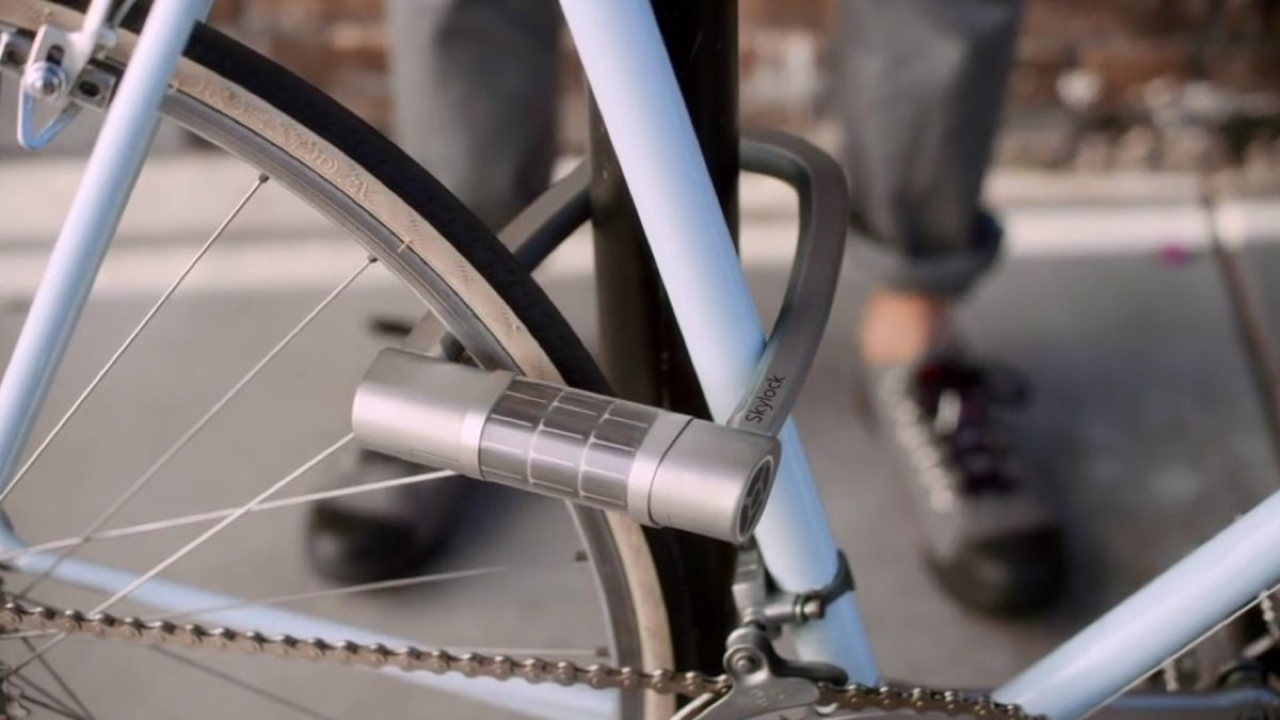 Built by ex-Boeing and Jawbone engineers, Skylock is the first-ever connected device bicycle lock to combine robust mechanics, crash alerts, a sharing platform, a solar-powered rechargeable battery and more all into one device. With over 1.5 million bike thefts in the US each year, it’s clear that the traditional bike lock does not provide adequate security. Skylock is a one-of-a-kind connected device that is based on a proprietary dual-locking design - making it twice as safe as a traditional u-lock.

In addition to robust mechanics, a theft alert system sends a message to your phone when someone touches your lock for an extended period. Combined, these features make Skylock a formidable foe to any would be thief, giving users more time to respond to any thefts in progress. Alerts are sent via bluetooth or via Wi-Fi, the first time either communication methods are available in one device.

Using Bluetooth Low-Energy, Wi-Fi, and an accelerometer, Skylock pairs itself with a smartphone to be contextually aware. Through this connectivity Skylock can keep cyclists safer by comparing accelerometer data from a smartphone to its own and determine when a rider has been in an accident. In the event of a severe impact Skylock will send a push notification to see if the rider is ok. If they fail to acknowledge the notification within a set number of seconds, Skylock will automatically determine that the rider is seriously hurt and alert emergency responders so they can come to the rider’s aid as quickly as possible. A Bike-Sharing Community
Velo Labs is bringing the sharing model that has worked so well for the auto industry to the bicycle. With the Skylock app, users can arrange to lend out their bike to anyone in their trusted network or the Skylock community while keeping track of it via the app. Within the Skylock bike community, bike owners can lend their bikes based on prices relative to demand and location.

The First-Ever Solar Powered Battery
Skylock is the first device that utilizes a combined solar panel and rechargeable battery system to virtually eliminate manual charging. Just one hour of sunlight provides enough power for a week and a fully charged battery lasts up to a month for average users. So unless the rider lives in a cave with little or no sunlight, the Skylock will always be ready to go. All this and more are included in a feature packed device small enough to fit in a back pocket.

“As a former engineer at Boeing, I have spent years working on tanks, helicopters and aircrafts, and while these forms of transportation have made huge leaps in safety and connectivity the bike is still stuck in the 19th century,” began Velo Labs co-founder Jack Al-Kahwati. “We wanted to take on the challenge of bringing cycling into the future.”

Velo Labs officially launches its crowdfunding campaign for Skylock on May 15, 2014 and is set to start shipping by Christmas 2014. The Skylock will retail for $249 but during the campaign will be offered for a discounted price of $159. Purchasers who refer friends that also purchase a Skylock will receive $10 off their order per referral for up to 16 referred customers.