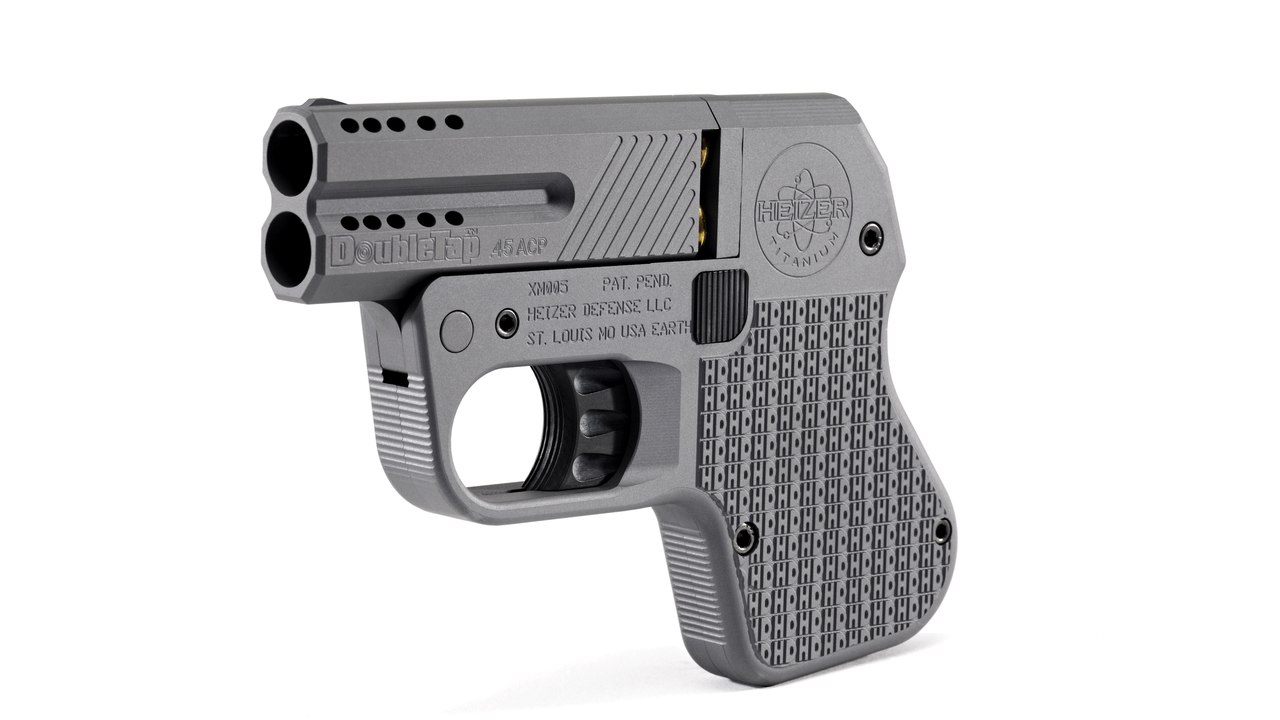 Heizer Defense, a firearms company producing a new paradigm of pistols for the responsible-citizen and law enforcement market has released their first model for the concealed carry market; the DoubleTap Tactical Pistol.

The DoubleTap is a tactical pocket pistol, loaded with 5 patents pending and built on a titanium or aluminum frame. The slim and light guy is only .665 inches wide and 14 ounces making it the world's smallest and lightest .45 ACP concealed carry pistol in the world.

Available in a show-stopping .45 ACP or the more popular 9MM, this no-snag, hammerless designed pistol is completely designed, engineered and manufactured to the highest degree of precision and tolerances in an aerospace facility using aerospace technology and equipment.