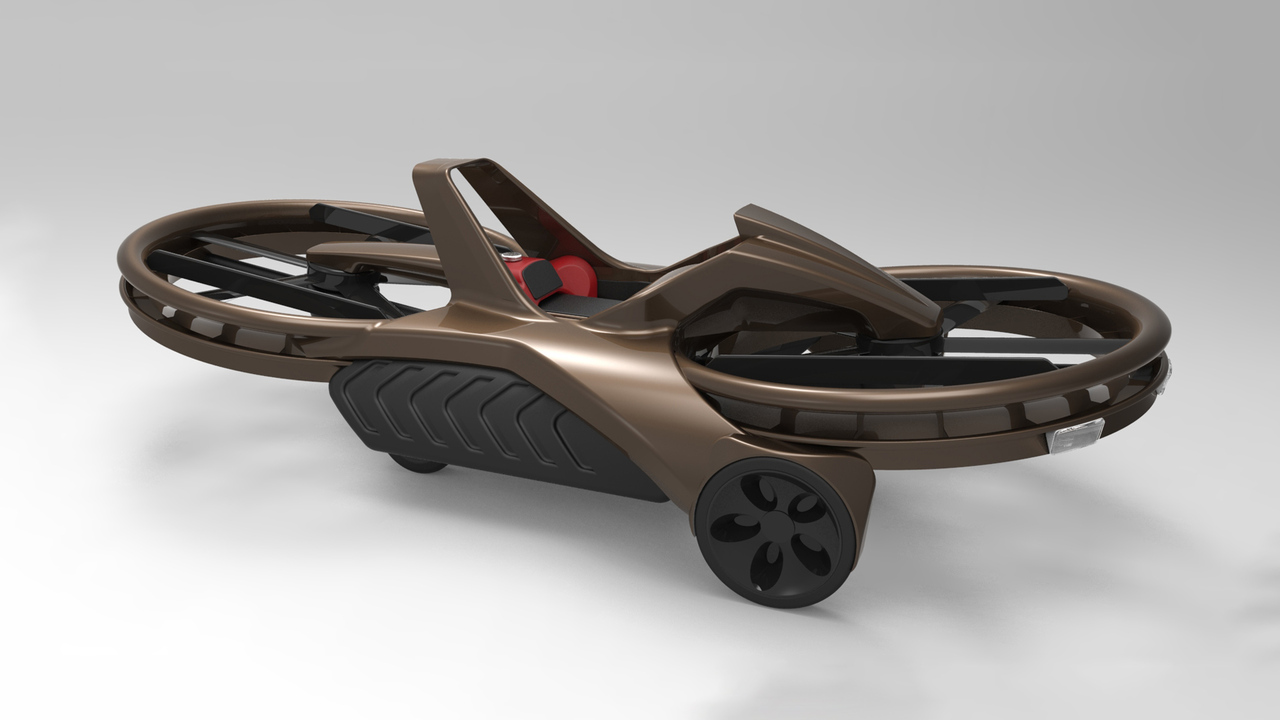 Aerofex has announced the launch of a true crossover vehicle; a hovercraft that rides like a motorcycle - an off-road vehicle that takes to the air. Designed for low-altitude sport and utility, the Aero-X bridges the gap between light aircraft and all-terrain vehicles.

The Aero-X is capable of carrying two people 10 feet (3 m) above any surface at airspeeds up to 45 mph (72 km/h). The craft has a useful load of 310 lb (140 kg), and can be customized by partners and developers for specific applications and aerial tasks.

"The Aero-X will have a positive impact on agriculture, herd management, and geo-surveying - particularly in those parts of the world lacking general aviation." states Mark De Roche, the company's CTO and Founder. "It's intuitive operation, low cost, and unique capabilities make it suitable for disaster relief, search and rescue, and patrolling borders and game parks. We believe it will enable low-altitude utility previously unavailable due to cost and training barriers."

The Aero-X builds on its flying prototype and engineering studies performed for the US government. It features propulsion and control systems developed on the prototype and demonstrated in flight. The pilot rides in an intuitive position and the vehicle responds to his movements, similar to riding a motorcycle. Most operators will become proficient in just a weekend of training.

First flight of the $85,000 Aero-X is scheduled for 2016, with deliveries beginning in 2017. Refundable deposits to secure production positions are being accepted on the company's website (www.aerofex.com).

Aerofex's mission is to the lower the boundaries to the benefits of flight. It has been awarded US patents for propulsion, stability and control systems, with several pending internationally. Aerofex is a privately-held corporation located in Los Angeles, California.