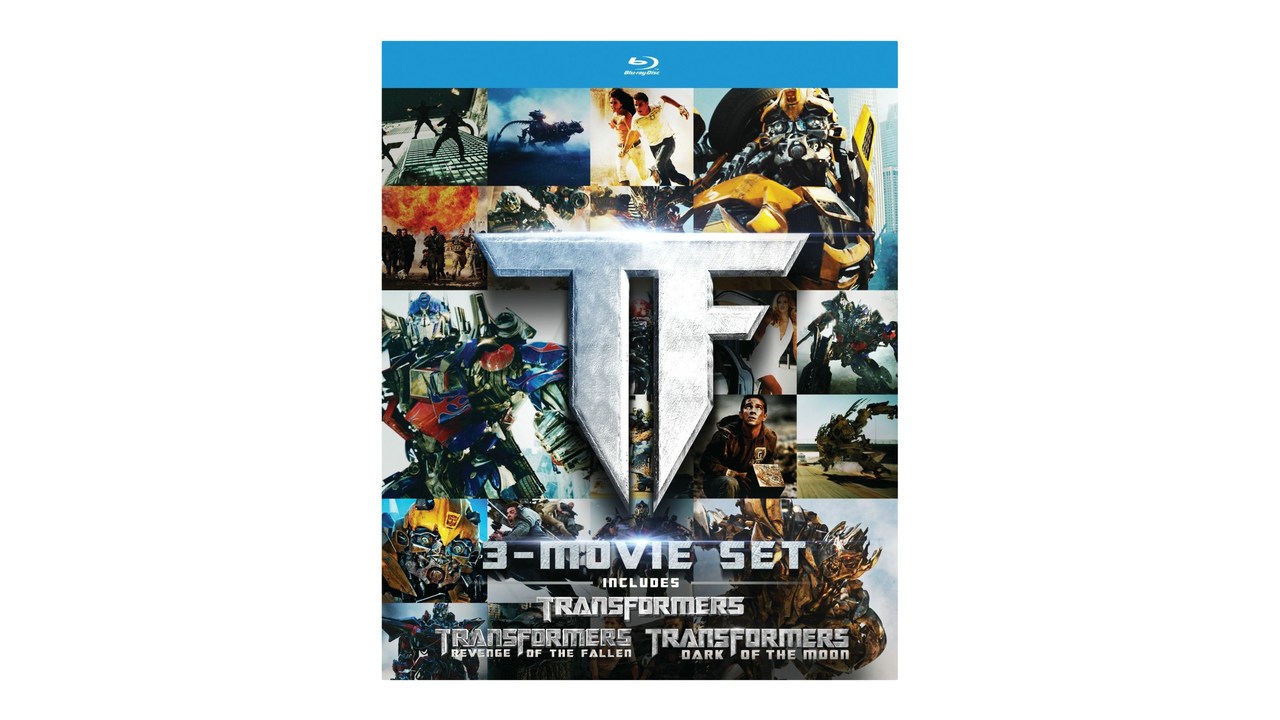 Transformers Trilogy 67% Off [Amazon Deal of the Day]

For today only get this limited time Transformers, Transformers: Revenge of the Fallen and Transformers: Dark of the Moon together in this Blu-ray pack for $18.99, thats 67% of the original price and a saving of $39. See how the battle unfolds as Sam Witwicky (Shia LeBeouf) and the Autobots battle the Decepticons in an epic showdown for the survival of mankind.

Transformers
"I bought a car. Turned out to be an alien robot. Who knew?" deadpans Sam Witwicky, hero and human heart of Michael Bay's rollicking robot-smackdown fest, Transformers. Witwicky (the sweetly nerdy Shia LaBeouf, channeling a young John Cusack) is the perfect counterpoint to the nearly nonstop exhilarating action. The plot is simple: an alien civil war (the Autobots vs. the evil Decepticons) has spilled onto Earth, and young Sam is caught in the fray by his newly purchased souped-up Camaro. Which has a mind--and identity, as a noble-warrior robot named Bumblebee--of its own. The effects, especially the mind-blowing transformations of the robots into their earthly forms and back again, are stellar.

Fans of the earlier film and TV series will be thrilled at this cutting-edge incarnation, but this version should please all fans of high-adrenaline action. Director Bay gleefully salts the movie with homages to pop-culture touchstones like Raiders of the Lost Ark, King Kong, and the early technothriller WarGames. The actors, though clearly all supporting those kickass robots, are uniformly on-target, including the dashing Josh Duhamel as a U.S. Army sergeant fighting an enemy he never anticipated; Jon Voight, as a tough yet sympathetic Secretary of Defense in over his head; and John Turturro, whose special agent manages to be confidently unctuous, even stripped to his undies. But the film belongs to Bumblebee, Optimus Prime, and the dastardly Megatron--and the wicked stunts they collide in all over the globe. Long live Transformers! --A.T. Hurley

Transformers: Revenge of the Fallen
Pure. Popcorn. Entertainment. That's an exact classification of director Michael Bay's Transformers: Revenge of the Fallen. Think of Transformers 1 on crack. In other words, this sequel took all of the extreme elements that made fans love the first movie and increased them exponentially. The action is nonstop, with battles and explosions from start to finish. The camera (without any subtlety) exploits Megan Fox's hotness to the max. As if she weren't enough, a new sex kitten (Isabel Lucas) is thrown into the equation. Shia LaBeouf is as charismatic as ever, and fills the starring role with ease. And then there's the humor. Sam's parents (Kevin Dunn and Julie White)provided some semi-raunchy laugh-out-loud moments in the first movie, but now they take it to the next level. Sometimes it seems like they are trying a little too hard, but it is still hilarious.

As far as the “plot” goes, the writers didn't waste much time--it's really just a context for the giant-robot death matches and dramatic slow-mo sequences. The movie kicks off two years later where the Autobots have formed an alliance with the U.S. government, creating an elite team led by Major Lennox (Josh Duhamel), in an effort to snuff out any remaining Decepticons that show up. The bad guys keep coming, and it turns out that a much more menacing force than Megatron is out there--and it is looking for something on Earth that is tied to the very origin of the Transformers race. Fans of the franchise will be delighted by the addition of many new robot characters (there are well over 40 in the sequel, versus only 13 in the first). The second Transformers has shaped up to be one of the worst reviewed and most successful movies of all time. This strange pairing is really just an indication that this movie has one purpose: to entertain. The creators didn't want to waste time bogging down the action and drama with substance--which was arguably a good decision. --Jordan Thompson

Transformers: Dark of the Moon
Talk about "transforming." Michael Bay tested the patience of even the most devoted Transformers fan with the second installment of the franchise, Transformers: Revenge of the Fallen, but the hyperactive director bounces back in energetic form with number three, Transformers: Dark of the Moon. From the long opening sequence (a zany alternate-history reading of the NASA moon program, complete with cameos by John F. Kennedy and Richard Nixon) through the predictably extended action climax, Bay is actually on his best behavior. Sure, his taste is as vulgar as ever (is introducing your leading lady via a lingering butt shot part of the director's personal signature?), but the story line is streamlined and the action is coherent: the constant chop-chop of the fighting sequences in Revenge is gone, replaced by a long-take approach that actually shows us who's fighting who. Plus, it's hard to resist a tilting skyscraper that allows the protagonists to slide down its glassy exterior. I know, right?

Shia LaBeouf returns, armed with a new and improbably bodacious girlfriend (Rosie Huntington-Whiteley); although initially unemployed, he's drawn back into protecting the planet from giant outer-space robots, as the Decepticons menace the Earth once again. John Turturro and Josh Duhamel return to help, and Frances McDormand and John Malkovich join the club. Let's reduce critical expectations and say that if you're going to make a dumb movie about mass destruction, this is the way to do it (and if that sounds like faint praise, compare the movie to its abysmal predecessor). Throw in Hangover funnyman Ken Jeong, computer nerd Alan Tudyk doing a German accent, and the voice of Leonard Nimoy as Sentinel Prime, and you've got yourself a three-ring circus of extremely spirited nonsense. Just how Michael Bay wants it. --Robert Horton