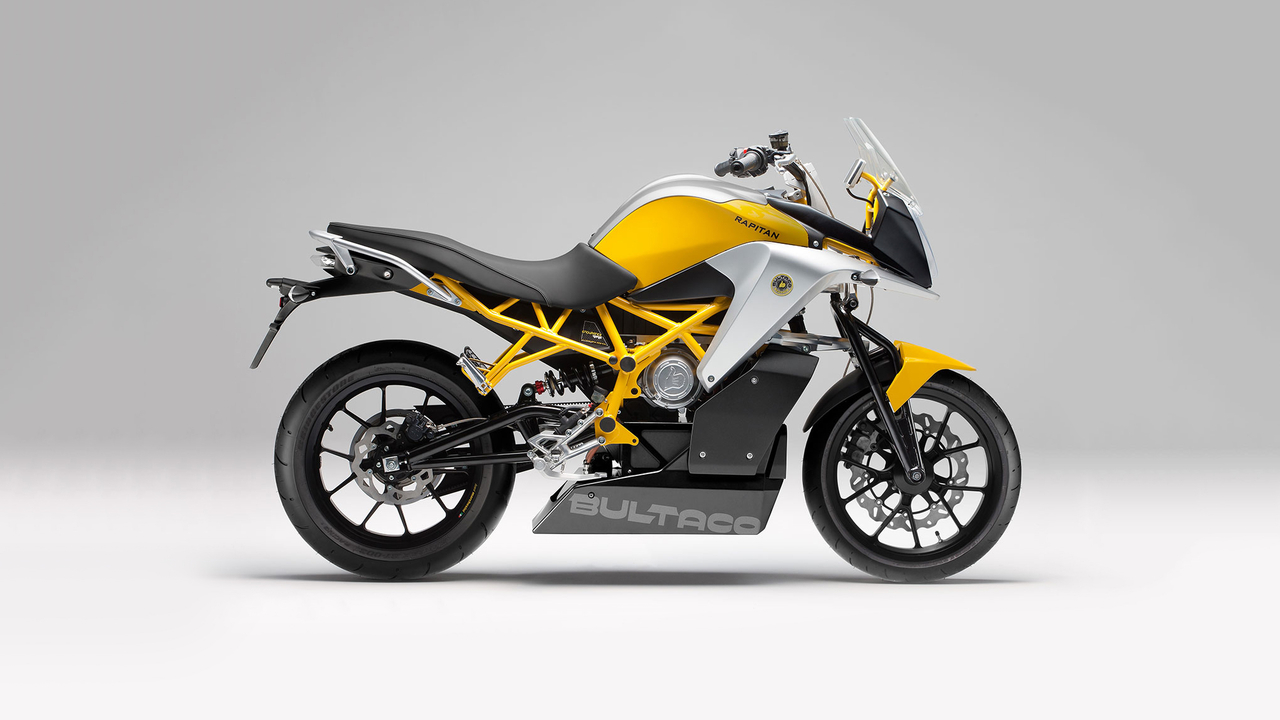 On the anniversary of the founding of the brand and the birth of its creator – Don Paco Bultó – Bultaco has announced its return to the motorcycle market. Bultaco's values today are the same as when it was founded: innovation, passion and competition. The four most noteworthy features of this project are:

● Advanced technology developed in-house. Just like in the 20t h century, in the 21s t century Bultaco will stand out for its advanced technological solutions. Bultaco is offering motorcycles with their own disruptive technology which will become a benchmark internationally, along with future developments in electrical and hybrid traction and ultra-light materials.
● A solid industrial project, with total control over the value chain: research and development, operations, finances, marketing and sales.
● A prestigious brand name. Bultaco is a legend in the world of motorcycles, a brand with numerous successes in competition, worldwide fame and a strong perceived image in the market.
● A highly professional team. The entrepreneurial team includes first-rate international professionals, executives and engineers with renowned technical prowess in the automotive sector worldwide.

In 2015, the first BULTACO models will be built with its own in-house electrical propulsion system; the prototypes being unveiled now are a sneak peak at the motorcycles we will see riding our streets in the future. A painstaking industrialisation process has been pursued to get to this model, from the validation of prototypes to the creation of the network of suppliers, all revolving around the new Bultaco factory in Barcelona.

"What began as a thesis project has become a company with the size and solidity needed to create a new generation of Bultaco motorcycles." Juan Manuel Vinós, CEO and cofounder.

The origins of Bultaco lie in a project by LGN TECH Design S.L., an engineering firm specialised in mechanical and electronic design focused on developing its own patents. José Germán Pérez, Raúl Pérez, Juan Manuel Vinós, Gerald Pöllmann and Jorge Bonilla founded this company in 2010 with the suppor t of the Technology Park of the University Carlos III.

After two years of development and research, the company tested its technology in the most demanding setting: competition. LGN, Bultaco Motors, participated in the 1s t World Electrical Motorcycle Championship organised by FIM in 2011. With a motorcycle that was readied in just three months, and competing with brands with a great deal more experience and superior models, Bultaco Motors did surprisingly well: it came in 3rd in the first Magny-Cours race and 4th in the overall rankings.

These sound results in competition and the backing of people with extensive knowledge and experience in the automotive sector were the decisive factors needed to move on to the next step: creating the structure needed to launch a range of motorcycles onto the market.

In that next stage, this original project became Bultaco. "We were not looking for a prestigious name for a promising project; it was something different. Bultaco's hallmarks from the start, namely its spirit of constant striving, its technological innovation and its passion for motorcycles, are the same hallmarks we have today. They are timeless values," adds Juan Manuel Vinós.

The founding team and the Bultó family immediately realised that they saw eye to eye. From day one, the Bultós recognised that this team is the perfect candidate to relaunch the brand. With the steadfast support of the Bultó family for the Bultaco project, it entered a new stage in its history.