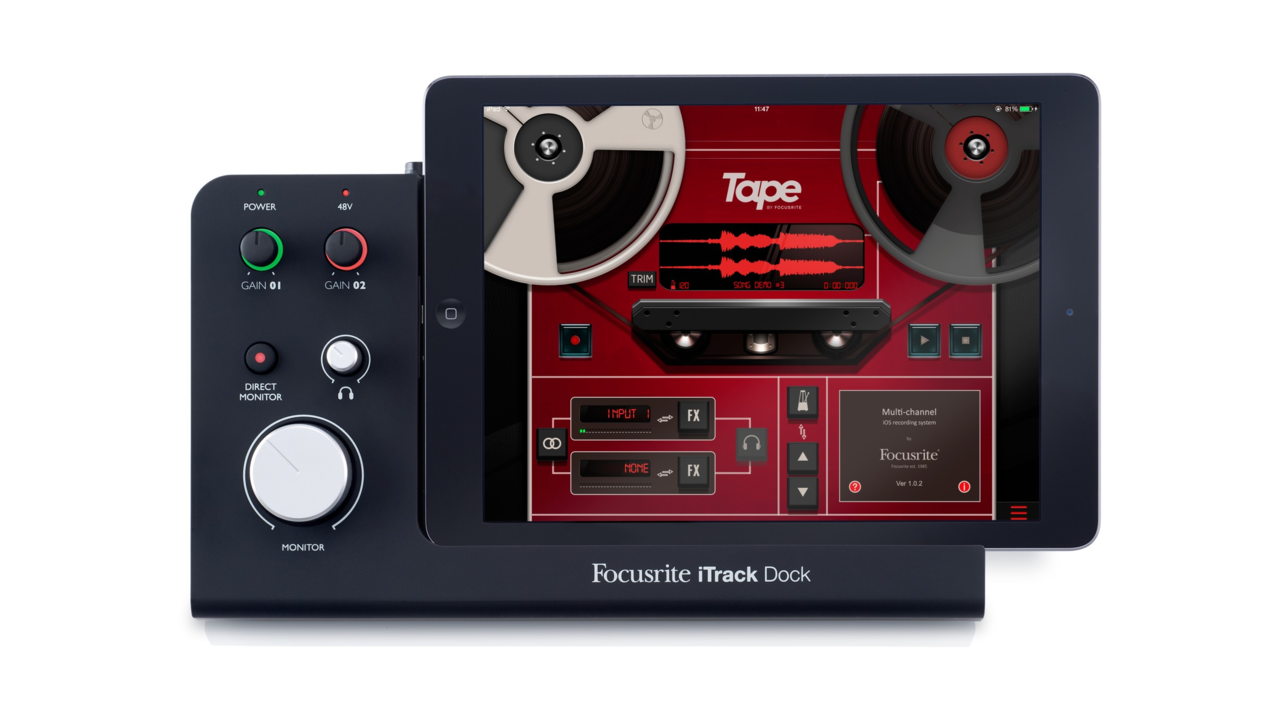 Focusrite recently announced iTrack Dock - the complete music recording solution for the iPad. iTrack Dock is a comprehensive studio-quality iPad recording interface, featuring dual legendary Focusrite microphone preamps plus two line inputs and an instrument DI, independent stereo monitor and headphone outputs, and a USB port for class-compliant MIDI instruments and controllers. iTrack Dock provides everything required to record, monitor and control music on Lightning iPads – with precision Focusrite digital conversion at up to 24-bit, 96kHz sampling. It even charges and powers the iPad at the same time.

Perfect for songwriters, musicians and home recordists who want to take advantage of their studio gear alongside the simplicity of iPad, iTrack Dock was designed to provide a comprehensive recording, monitoring and control solution for iPad users. iTrack Dock is easy to use and provides all the control and functionality you'd expect in a traditional recording interface.

With two Focusrite preamps, main and monitor outputs with 105dB dynamic range, and all controls on the easily-accessed, angled front panel next to the iPad, iTrack Dock brings powerful, professional audio to any Core Audio app including GarageBand, Auria, Cubasis and Focusrite's Tape app, which is included in the box.