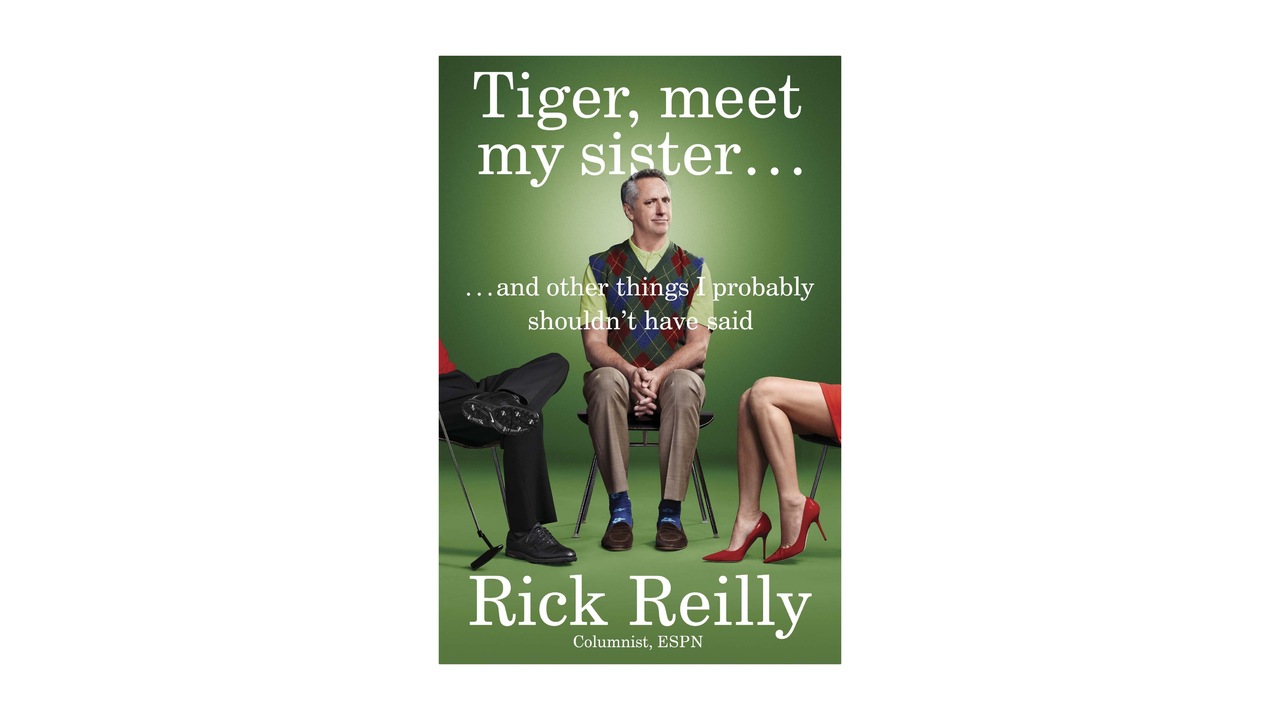 Tiger, Meet My Sister...And Other Things I Probably Shouldn't Have Said

Rick Reilly has been called “one of the funni­est humans on the planet—an indescribable amalgam of Dave Barry, Jim Murray, and Lewis Grizzard, with the timing of Jay Leno and the wit of Johnny Carson” (Publishers Weekly). In Tiger, Meet My Sister, Reilly com­piles the best of his columns from his last five years with ESPN, columns that will make you laugh, cry—and quite a few that may make you want to throw this book across the room. Rick Reilly tends to get under people’s skin like that.

He has no compunction telling readers, in his singular quick-witted style, how he really feels about some of the most popular sports figures of our time. Wondering about quarterback Jay Cutler? “Cutler is the kind of guy you just want to pick up and throw into a swimming pool, which is exactly what Peyton Manning and two linemen did one year at the Pro Bowl.” Or how about Tiger Woods? “Sometimes you wonder where Tiger Woods gets his public-relations advice. Gary Busey?” But for every brazen takedown, Reilly has written a heartwarming story of the power of sports to heal the wounded and lift the downtrodden: the young Ravens fan with cancer who called the plays for a few—victorious—games in 2012, or the onetime top NFL recruit who was finally exonerated after serving five years for a crime he didn’t commit.

With a new introduction and updates from Reilly on his most talked-about col­umns, as well as his expert opinion on athlete tattoos, NFL cheerleaders, and running with the bulls in Pamplona, Tiger, Meet My Sister showcases an unparalleled sportswriter at the top of his game.

About the Author
Eleven-time National Sportswriter of the Year Rick Reilly is a front-page columnist for ESPN.com. He is the author of 10 books, including the New York Times bestsellers Hate Mail from Cheerleaders, Missing Links, and Who’s Your Caddy?