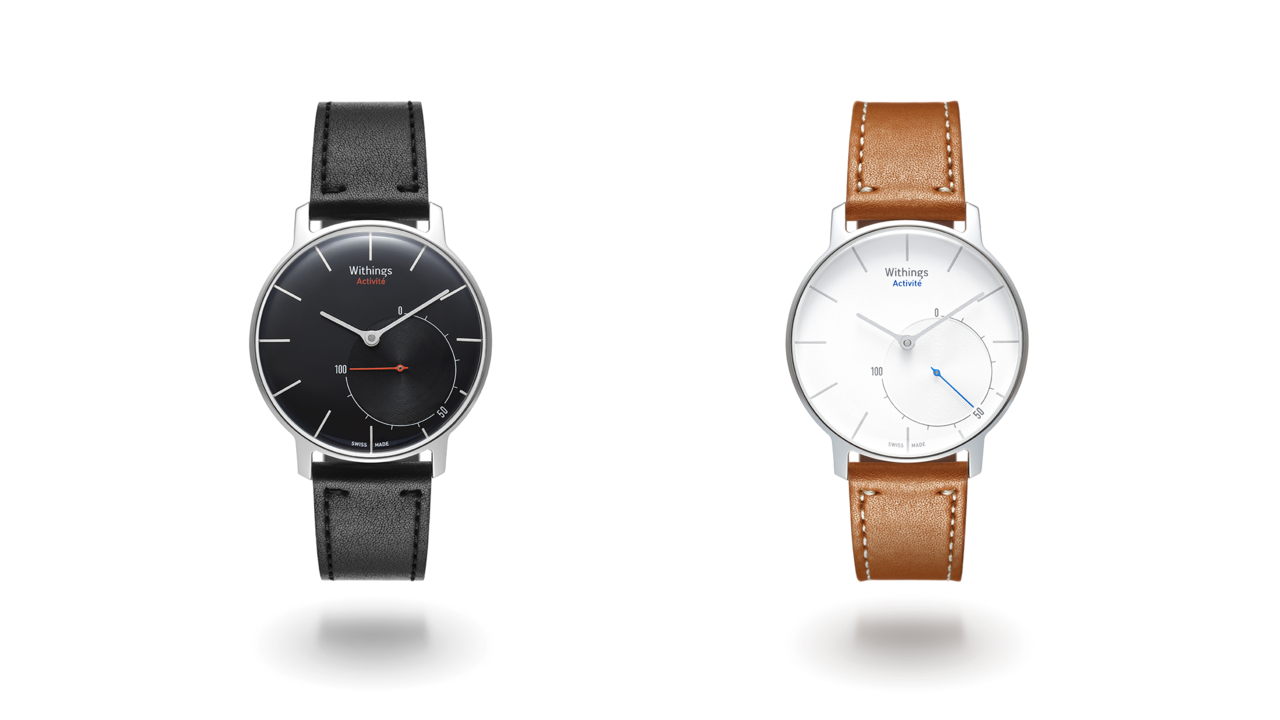 Withings has put a new face on the activity tracker and smart watch sectors by unveiling the Withings Activité, an elegant, Swiss-made timepiece that seamlessly fuses haute-couture design with intuitive, discrete technology.

Defining a new category of elegantly designed, fashion-focused accessories, the Activité is delighting both the fashion and technology community with its beauty and brains. First and foremost a high-end beautiful watch, the Activité is also a sophisticated activity tracker that monitors steps taken, calories burned, distance traveled and sleep patterns.

Speaking at its unveiling event in New York, Nina Garcia Creative Director of Marie Claire Magazine and Project Runway Judge said, "This is a really exciting time in fashion, which until recently has not been on speaking terms with technology. We are now seeing these worlds coming together in highly creative ways and the Withings Activité is at the forefront of that charge. It's unlike any smart watch I've seen, a true style accessory and one of the most wearable wearable out there."

"At Withings, our mission is to Inspire health and with the Activité we have created a universally appealing tracker that promotes the benefits of healthier lifestyles in a chicly designed watch people are eager to wear," said Cedric Hutchings, CEO of Withings. "The Activité is forged with the quintessential "French Touch" - the art of mixing design and style, inspirations and eras, traditions and innovations to create a 21st century timepiece that connects us to the time and universe around us as well as our bodies natural rhythms." Simple, Classic Watch Design that Measures Time and Motion
Created by a team of prestigious designers in Paris and made in Switzerland, the luxury watch capital of the world, Activité is a contemporary reinterpretation of classical timepieces combining elegant design, luxury materials and haute-couture finishes.

An evolution of centuries of French and Swiss watch making heritage, the Activité is a premium timepiece with a classic round face and traditional analogue display. It features two hand dials, one showing the time and a sub dial showing percentage progress against specific activity targets such as steps or sleep.

Available in black or silver, the Activité maintains its luxury feel with the use of premium materials. The watchcase is made of stainless steel 316L, with a crystal of unbreakable sapphire glass which includes touch screen capabilities to tap between modes. It also comes with a fine leather strap from the ancestral "Tanneries Haas," one of France's most successful tanneries used by some prestigious French design houses. An interchangeable plastic strap is also included for sportswear and underwater use thanks to its waterproof capabilities.

Beauty and Brains
Inspired by the invention of the pedometer in France in 1723, the Withings Activité is a sophisticated tracker and advanced accelerometer. A discrete built-in digital system initiatively detects every move when you walk, run or swim and calculates your daily activities, distance covered and calories burned.

After an action packed day, Activité will also monitor sleep patterns including time to fall asleep and length of light and deep sleep, all before waking you up with its vibrating alarm clock function. Its smart sensors automatic detect and switch between active and sleep mode.

Swiss engineered, it features Connected Movement a time mechanism certified for its procession and long term accuracy. It also connects to iOS devices through Bluetooth Low Energy and will automatically update when you change time zones.

The Activité works with the Withings Health Mate application that allows users to develop personal activity plans while acting as a coach to help them achieve personal goals. It allows users to monitor progress, share results and even vibrate with encouragement as goals are surpassed.

With Activité there are no need for buttons as it responds to simple taps to change between modes. There is no need to recharge as it is powered by standard watch batteries that last a year, and there is no need to keep it out of the shower or pool as it is water (5ATM) resistant.