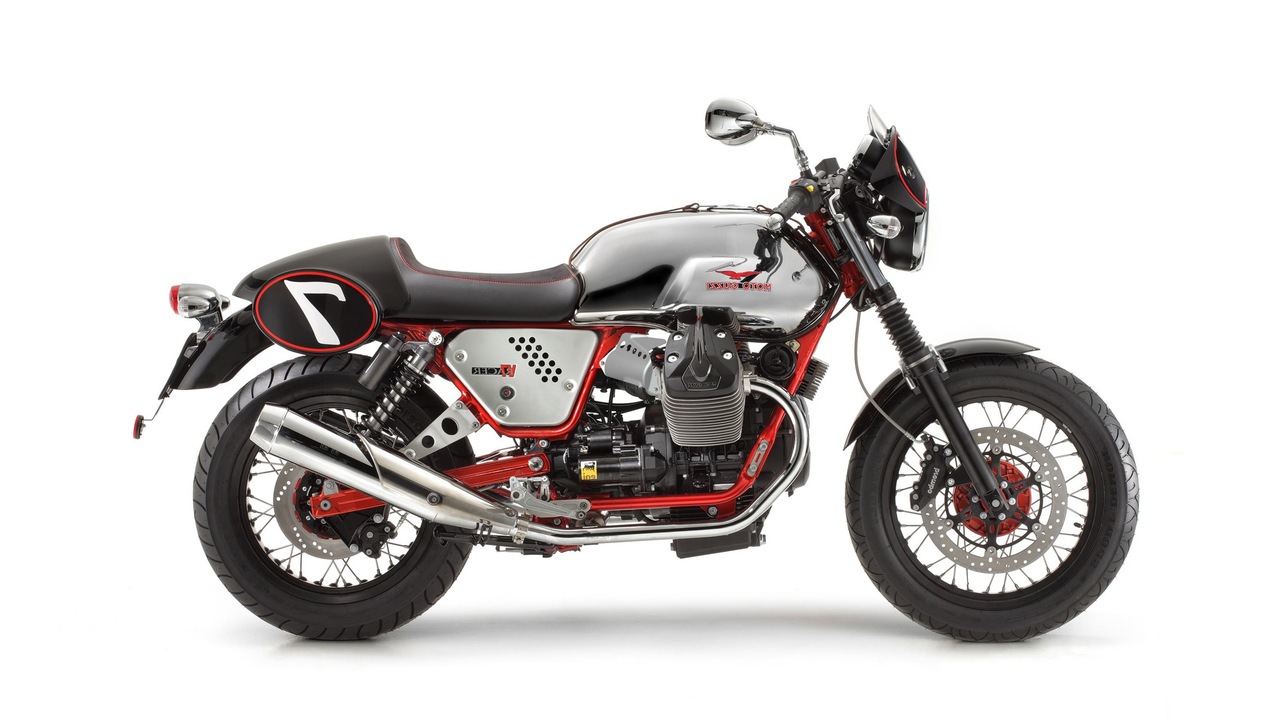 Moto Guzzi has maintained a reputation as one of the world’s most prominent manufacturers of motorcycles. Founded in 1921 on the shores of Lake Como in the village of Mandello Del Lario, Italy, where each motorcycle is still produced today, Moto Guzzi remains Europe’s oldest continuously operating motorcycle manufacturer. With no fewer than 3,300 racing wins, including 14 World GP titles, 22 world records, and 11 Isle of Man Tourist Trophy wins in the course of its long history, Moto Guzzi has an established tradition of technical solutions that when paired with its signature bold styling, make the Moto Guzzi heritage nothing short of legendary.

This year the Moto Guzzi has released the V7 Racer which pays homage to the extraordinary racing career of the V7 Sport. The V7 Racer offers the classic style of the Moto Guzzi marquee in a perfectly balanced mix of craftsmanship and technology. With an iconic motor, number plate, and solo saddle, the eye-catching V7 Racer harkens back to the glories of yesteryear – topped off with modern engineering to make every turn a visceral experience.

The completely reengineered 750cc engine still relies on the engineering that made the Moto Guzzi V50 a success among riders in 1977. Since then the engine has been continuously updated yet stays faithful to the original genial layout introduced by Italian engineer Lino Tonti in the 70s and stays true to the characteristics of the Moto Guzzi tradition, that touring on a motorcycle at its most pure should be nothing but enjoyable.

As with all of Moto Guzzi’s on-road motorcycles, the V7 Racer comes with a two-year manufacturer’s warranty and roadside assistance for one year.