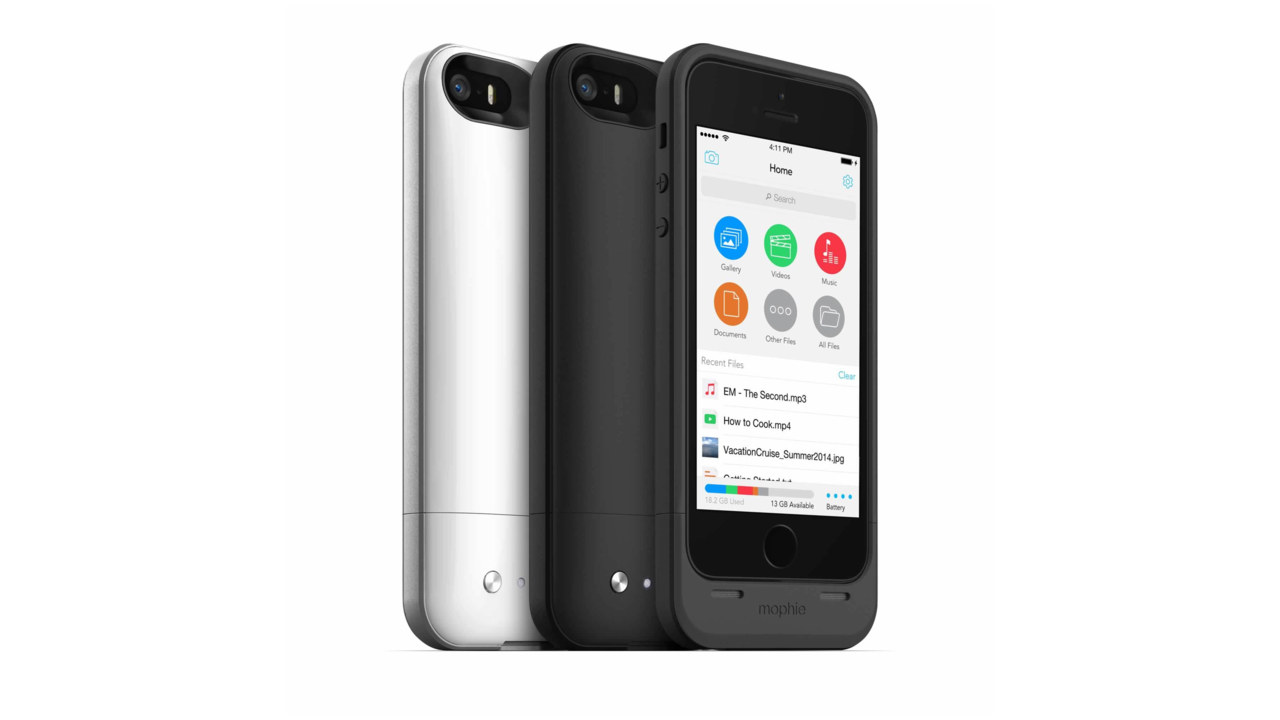 Mophie originally launched its Space Pack Battery Case with Built-in storage for iPhone 5/5s back in January. At the time, only 16GB and 32GB capacities were available, but today the company announced the addition of a 64GB capacity model.

The Space Pack has a 1,700mAh battery (for comparison, the iPhone 5s built-in battery has 1560mAh while the iPhone 5 has 1440mAh) with 16, 32 and now 64 GB of storage. You can store any filetype on the storage device, from photos to videos. Mophie has even developed an app called Space that lets you manage and organize the files on your Space Pack.