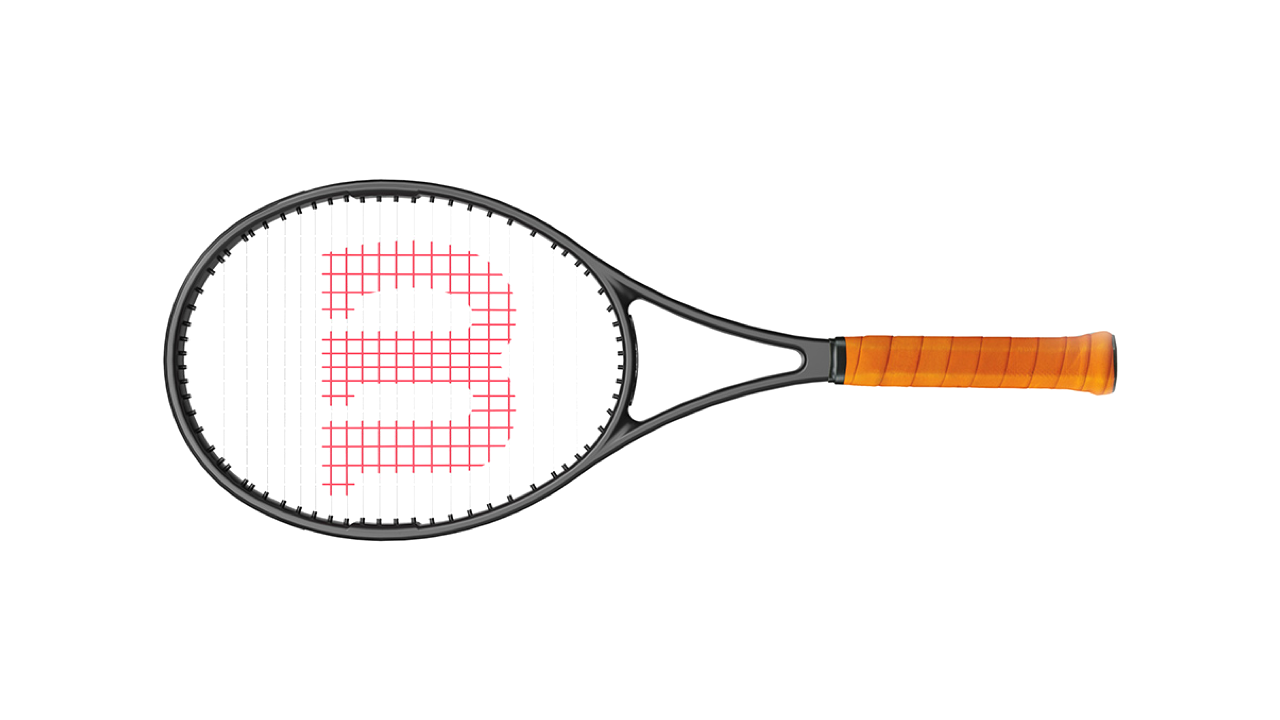 For months Roger Federer’s stealthy, matte black racket has been the source of conjecture and debate amongst tennis fans. Wins in Dubai and Halle, along with several finals appearances amplified the buzz surrounding his new secret weapon. After three years of development and dozens of prototypes, Roger Federer and Wilson officially announced the new Wilson Pro Staff line of rackets, which they collaborated in developing.

The new Wilson Pro Staff RF 97 Autograph delivers the precise feel Federer demands with a larger sweet spot and more power in comparison to the Wilson rackets he has used throughout his storied career. The Wilson Pro Staff line will feature rackets suited for a variety of attack-style players: from avid players to youth striving to improve their game. The Wilson Pro Staff rackets provide more power without compromising the classic feel long associated with the Pro Staff line. The final graphics package will be unveiled closer to the projected October 1, 2014 in-store date.

“I grew up idolizing the legends of the game, so it was natural for me to play with Wilson Pro Staff 85-inch rackets,” said Federer. “I love the feel a smaller head provides, and larger rackets couldn’t deliver the feedback I needed to be successful. This new Wilson Pro Staff racket has been a long time coming, but I finally have the feel I need in a 97-inch head.”

The iconic Pro Staff line has spanned 31 years and is steeped in history, tradition, and Grand Slam victories. The Wilson Pro Staff line has delivered uncompromising feel for players of all skill levels and the latest products preserve the consistent feel while introducing a 97-inch head in three of the four models. The re-engineered Pro Staff models feature a 26 percent wider racket beam providing for a significant boost in power. Compared to Federer’s previous racket, the Wilson Pro Staff RF 97 Autograph is seven percent larger, resulting in a 10 percent larger sweet spot that consistently produces more power for Federer and for tennis enthusiasts. Wilson’s use of braided graphite and Kevlar maintain the consistent feel that players have come to know in the Pro Staff line.

“When it comes to his tennis career, Roger is a chess master, always thinking several moves ahead,” said Mike Dowse, Wilson Sporting Goods Co. President. “So when we broached the subject of developing a more powerful racket that would still fit his needs for responsive ‘feel’ and attacking style, we jumped at the chance to collaborate with him. This racket represents the most extensive collaboration between an elite player of Roger’s caliber and Wilson. The result is a groundbreaking racket that will benefit tennis players worldwide.”