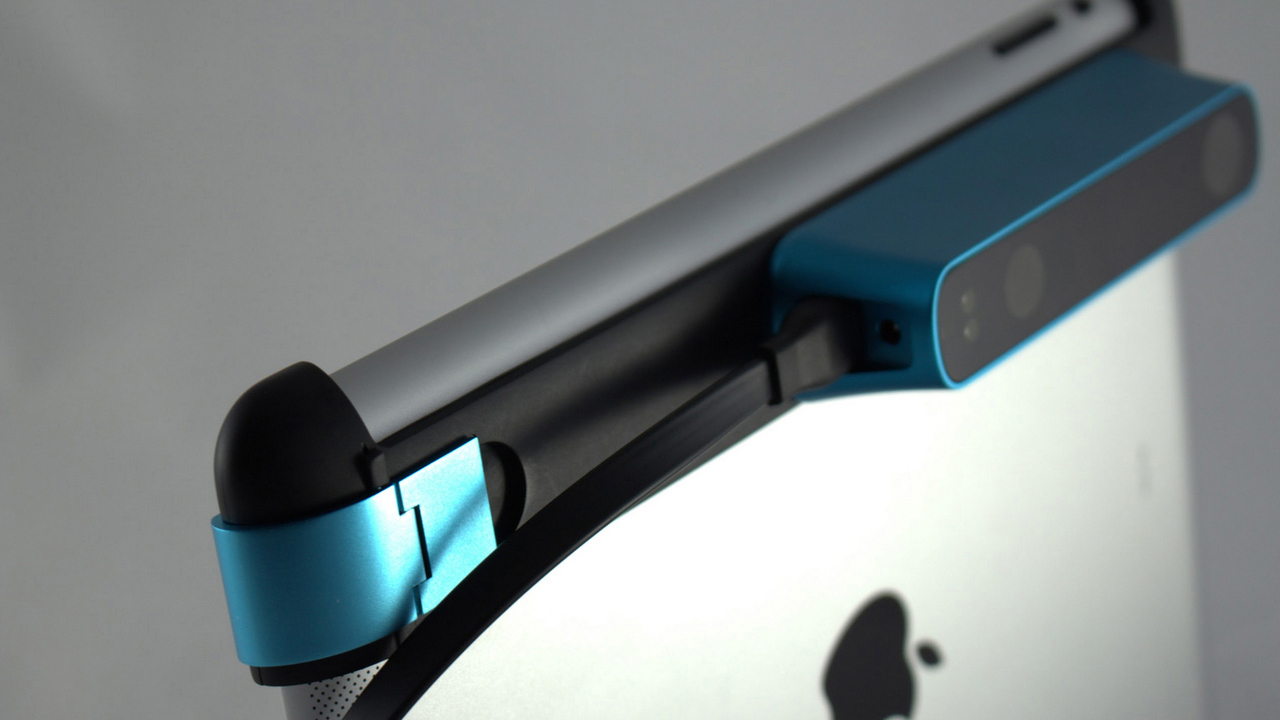 The Structure Sensor is the world’s first 3D sensor for mobile devices. It gives mobile devices a new sense – the ability to not just capture the world as two-dimensional images, but to actually understand it in three dimensions.

The Structure Sensor isn’t a 3D object scanner. It’s a hardware platform that gives developers the ability to easily create applications that take advantage of a 3D sensor on an iOS device for the first time ever. This enables a completely new set of mobile applications, including:

Unlike previous 3D sensors, which were designed to connect to game consoles and computers, the Structure Sensor has been designed from the ground up to go mobile: compact dimensions, mobile-optimized range, no external power source required for operation, and a precision bracket that lets it quickly and securely attach to an Apple iPad with Lightning connector.

Soon after the completion of the Kickstarter campaign, the Structure Sensor was named a Popular Science “Best of What’s New” gadget for 2013, and was recognized as a 2014 CES Innovations Award Design & Engineering Honoree.

How it Works
The Structure Sensor uses structured light to capture depth data. Structured light uses a laser projector to cast a precise pattern of thousands of invisible infrared dots onto objects and spaces. It then uses a frequency-matched infrared camera to record how the pattern changes, thereby understanding the geometry of those objects and spaces. As a result, the Structure Sensor can generate a VGA depth stream at 30 frames per second, with each pixel representing an exact distance to a real-world point.

Demo Apps
The Structure Sensor will ship with demo apps so it can be used right out of the box. These demo apps include: Object Scanner for scanning objects in 3D to export to 3D printers and 3D modeling programs; Room Capture for capturing entire rooms as interactive 3D models; and Fetch, an augmented reality game that turns the real world into a game world.

The Structure Sensor has also been designed for hackability. A special USB Hacker Cable lets it connect to any device with a standard USB port, including Android tablets. Open source drivers for Android, Windows, Linux and OS X will be available, as well as CAD specs for easy creation and 3D printing of custom brackets to attach the Structure Sensor to nearly any device.