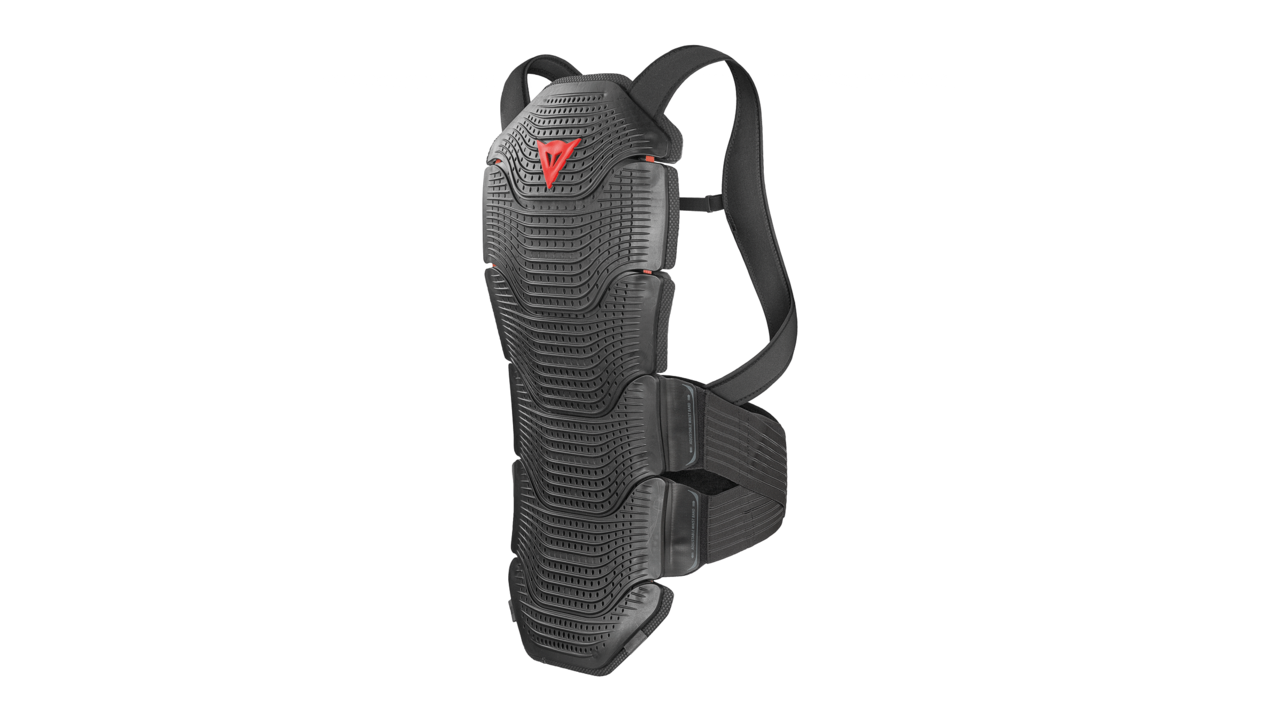 The first back protector was invented by Dainese in 1981. Since then, great progress has been made in improving both active and passive safety.

The Dainese Manis is the most evolved form of back protector and has revolutionized the concept of freedom of movement. Manis not only provides great freedom of movement, it also molds to the back by elongating, contracting and flexing to adapt to the position of the body while providing superb protection.

The name was inspired by the pangolin (Manis is its scientific name), a mammal that lives in Southeast Asia and Sub-Saharan Africa, whose body is covered by overlapping plate-like scales to form a flexible but highly protective shell.

When in motion, the area where the scales overlap acts as a bridge and thus increases the dissipation of energy while decreasing pressure on the body.

In order to guarantee appropriate protection for the spine, D-TEC engineers developed a revolutionary solution that fastened the protective components of the back protector so that they were not static but were free to move.

The protector can elongate and flex laterally so as to protect along its full length and can twist so as to perfectly follow all chest movements while still performing its main role as a back protector.

The scales are fastened to a separate layer of padding and are joined to each other by a central “pivot” that lets them slide as and when needed. Lateral flexible silicone joints provide control and stability of movement as well as flexibility and resistance under all types of conditions.

Thanks to its overlapping scales and flexible joints, the Manis boasts 4 degrees of freedom, can extend in length by 8%, can bend laterally by approximately 25° and can bend forward.

The padding consists of a sandwich made of 3 different materials as well as Crash Absorb material joined to a comfort layer made of expanded polyethylene. The Manis has numerous perforations to allow the dissipation of body heat and, compared with previous back protectors, sets new ergonomic standards with its protective surface able to adapt to the different positions the spine assumes.