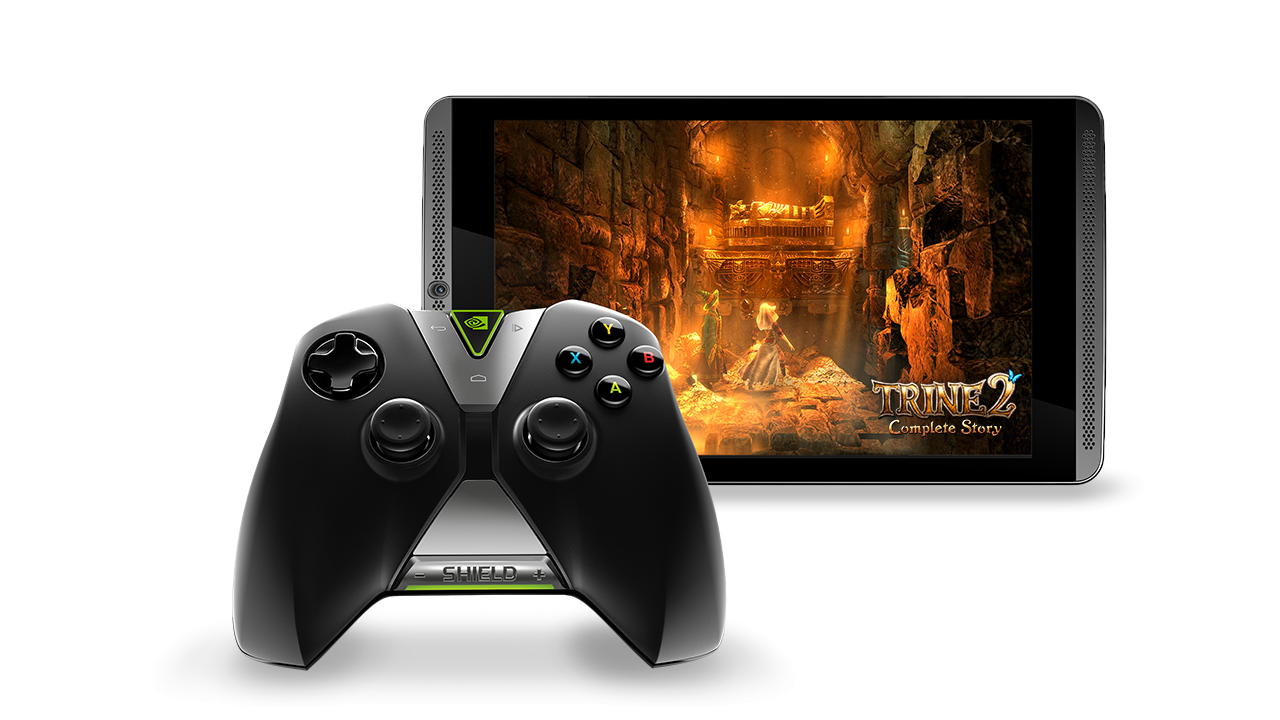 Nvidia has launched the newest members of the Nvidia Shield family: the Shield tablet and the Shield wireless controller. Designed and built by Nvidia, the Shield tablet is first and foremost a high-performance tablet that is packed with exceptional features. Powered by the world's most advanced mobile processor -- the Nvidia Tegra K1, with 192 GPU cores -- Shield tablet is supplemented by regular, over-the-air software upgrades that bring new capabilities and levels of performance.

The Shield tablet is unique in that it was built specifically for gamers. It features a bright, 8-inch, full HD display, booming front-facing speakers with rich sound, and an optional cover that both protects the screen and can be used as a kick-stand to prop up the device at the best viewing angle.

To transform it into a complete gaming machine, Nvidia has built the Shield wireless controller, which provides the precision, low latency and ergonomics that serious gamers demand. The Shield tablet also offers optional LTE for gamers to take their online gaming anywhere. "If you're a gamer and you use a tablet, the Nvidia Shield tablet was created specifically for you," said Jen-Hsun Huang, Nvidia's co-founder and chief executive officer. "It delivers exceptional tablet performance and unique gaming capabilities to keep even the most avid gamers deeply immersed, anywhere they play."

As with the original member of the Shield family, the Shield portable, the Shield tablet is the portal to compelling content that gamers will love, including the best Shield-supported Android games, as well as the ability to wirelessly stream users' PC gaming libraries.

The Shield tablet's gaming capabilities are powered by its Tegra K1 mobile processor, which taps into the same Nvidia Kepler architecture that drives the most extreme gaming PCs. String of World Firsts
The Shield tablet provides a range of firsts for a tablet:

● PC Streaming:First to stream games from a PC desktop or notebook using Nvidia GameStream technology, which streams from Nvidia GeForce GTX- powered GPUs.
● Nvidia Grid Cloud Streaming: First to stream PC games from Nvidia GRID. Gamers can access the Grid cloud gaming beta, available exclusively to Shield owners in Northern California, to instantly stream a library of high-quality PC games, and then save them in the cloud.
● Twitch and Nvidia ShadowPlay: First to feature ShadowPlay, an advanced game-capture tool that lets users save and stream their greatest gaming moments to Twitch, the leading video platform and community for gamers. Gamers can stream titles from the Shield tablet to friends and foes worldwide. Shield tablet also includes a 5MP front camera to enhance the image of the gamer overlaid on the Twitch gamecast.
● Console Mode: First to feature Nvidia Console Mode, which takes tablet gameplay to big-screen TVs. Console Mode transforms the device into a full living-room gaming and entertainment experience. Gamers can connect their Shield wireless controller, sit back on the couch and play PC and Android games, browse the web, and watch their favorite movies -- all in native 1080p HD.

Controller for Serious Gamers, with Ultra-Low Latency Wi-Fi
The Shield wireless controller is the most advanced device of its kind, allowing gamers to boost performance with ultra-low latency Wi-Fi Direct connectivity with up to four wireless controllers to game along with friends. It is the first precision controller designed for both PC game streaming and Android gaming, and features a headset jack supporting stereo audio and support for game chat, a built-in touch pad, volume control, and revolutionary voice command and search.

Stylus
A stylus allows tablet experiences that touch-only tablets can't match, and the Nvidia DirectStylus 2 technology on the Shield tablet is a game-changer. Twice as responsive as its predecessor, DirectStylus 2 technology enables the first GPU-accelerated 3D painting experience, a new capability where pigment and paint mix and bleed physically, in real time, and the palette is naturally illuminated in 3D as the user adjusts the light source.

Aspiring artists can use DirectStylus 2 to capture the attitude of every stroke on the Shield tablet, take notes with the integrated apps and handwriting recognition, or get creative with the Nvidia Dabbler app's hyper-realistic watercolor and 3D Paint oil painting.

Versatile Cover
The sturdy, optional Shield tablet cover does more than just protect the tablet. It offers a variety of flexible stand positions to make gaming and entertainment more enjoyable.