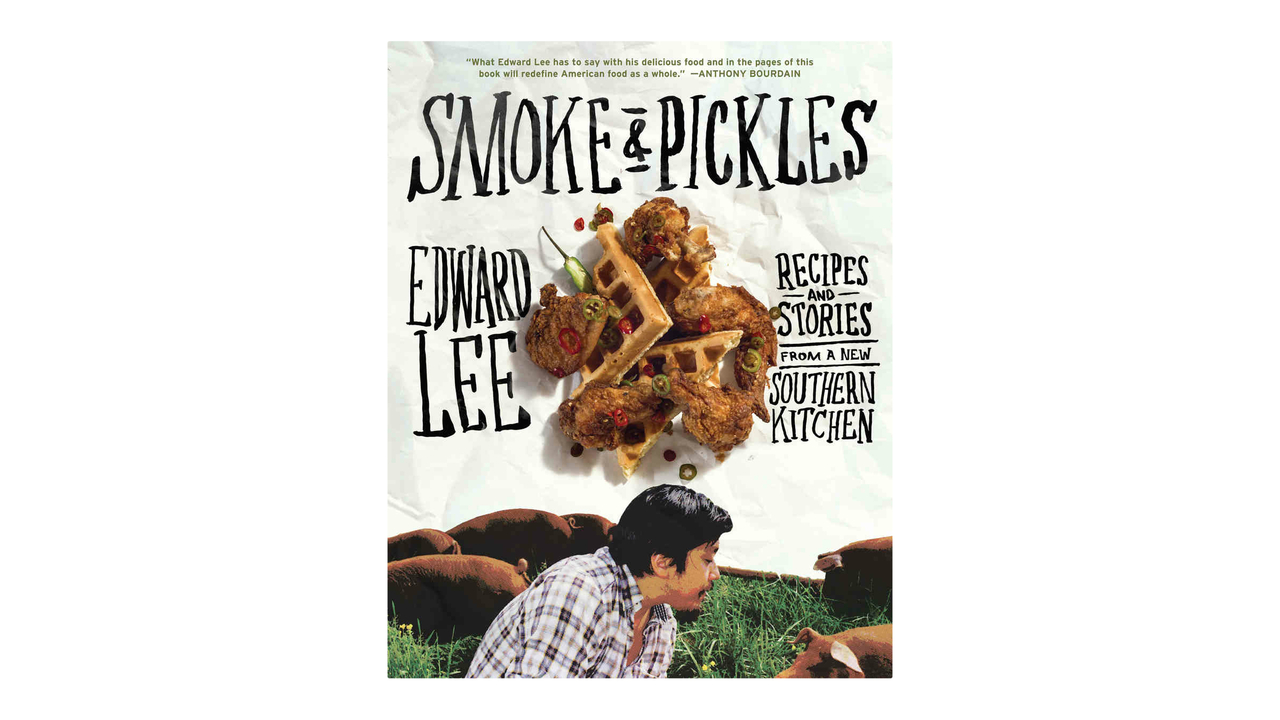 Smoke and Pickles: Recipes and Stories from a New Southern Kitchen

Chef Edward Lee's story and his food could only happen in America. Raised in Brooklyn by a family of Korean immigrants, he eventually settled down in his adopted hometown of Louisville, Kentucky, where he owns the acclaimed restaurant 610 Magnolia.

A multiple James Beard Award nominee for his unique patchwork cuisine, Edward creates recipes--filled with pickling, fermenting, frying, curing, and smoking--that reflect the overlapping flavors and techniques that led this Korean-American boy to feel right at home in the South. Dishes like Chicken-Fried Pork Steak with Ramen Crust and Buttermilk Pepper Gravy; Collards and Kimchi; Braised Beef Kalbi with Soft Grits and Scallions; and Miso-Smothered Chicken all share a place on his table.

Born with the storytelling gene of a true Southerner, Lee fills his debut cookbook with tales of the restaurant world, New York City, Kentucky, and his time competing on Top Chef, plus more than 130 exceptional recipes for food with Korean roots and Southern soul.